Dr. Myroslava Antonovych on the Holodomor in the Context of 20th Century Genocides 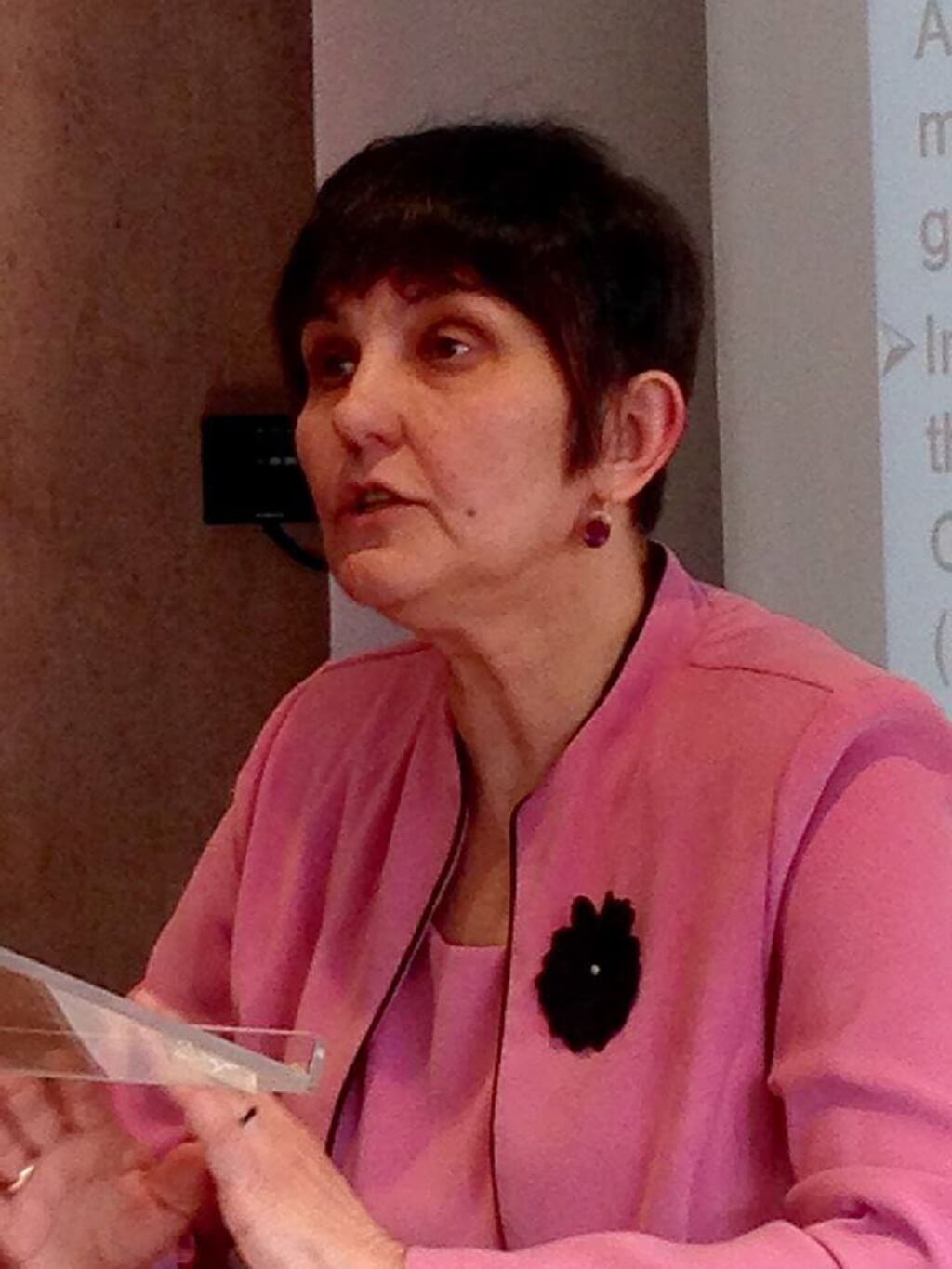 On April 19, 2017, Dr. Myroslava Antonovych delivered a lecture titled “Specificities and Commonalities of the Holodomor in the Context of Genocides in the First Half of the Twentieth Century” at the Munk School of Global Affairs, University of Toronto. Dr. Antonovych is Director of the Centre for International Human Rights and Associate Professor of the Faculty of Law at the National University of “Kyiv-Mohyla Academy.”

Dr. Antonovych presented a comparative analysis of the Holodomor with other genocides in the first half of the twentieth century – namely, the Armenian genocide of the Ottoman Empire and the Holocaust of Nazi Germany. The Holodomor has yet to be thoroughly examined in comparative perspective as a crime of genocide committed by Stalin’s regime against the Ukrainian nation. Among the reasons for this, Dr. Antonovych explained, was that for more than fifty years the Holodomor was a hidden genocide, denied by the Soviet Union, and after its break up, by the Russian Federation. Although many scholars have agreed that the Holodomor constituted genocide, they have categorized it together with crimes such as dekulakization, deportation, and extermination of political opponents that do not fit the legal definition of genocide as found in the 1948 UN Convention on Prevention and Punishment of the Crime of Genocide.

Dr. Antonovych stated that in all three genocides there was intent to destroy a relative group, either in whole (the Armenians and Jews) or in part (the Ukrainians). As the legal scholar Raphael Lemkin wrote, the Ukrainian national group was “too populous to be exterminated completely with any efficiency. However, its leadership, religious, intellectual, political, its select and determining parts, are quite small and therefore easily eliminated.” Dr. Antonovych’s analysis found that the nature of the intent differed in the three genocides. While the intent was explicit in the Armenian and in the Jewish cases, the intent was implicit in the Holodomor and may be inferred from resolutions and directives of the All-Union Communist Party of Bolsheviks and the Council of Peoples’ Commissars, as well as from their conduct and consequences.

Dr. Antonovych emphasized that the key commonality between the genocides perpetrated in the Ottoman Empire, the Soviet Union, and the Third Reich was that in each case a hegemonic ruling party, rather than a state organization, was responsible: the Ittihadists, the Communists, and the Nazis were the authors of the three genocides. Dr. Antonovych concluded that if lessons from the past are not heeded and genocide is not punished, aggressors will continue to be emboldened, as can be seen in Ukraine’s eastern regions and in Crimea, where the successor state of the Soviet Union – the Russian Federation – persists in attacking Ukraine and its people.

Dr. Antonovych is currently in Toronto as a Visiting Scholar of the Petro Jacyk Program for the Study of Ukraine at the Centre for European, Russian, and Eurasian Studies, sponsored by the Holodomor Research and Education Consortium of the Canadian Institute of Ukrainian Studies, University of Alberta.