Mine clearance underway in Ukraine 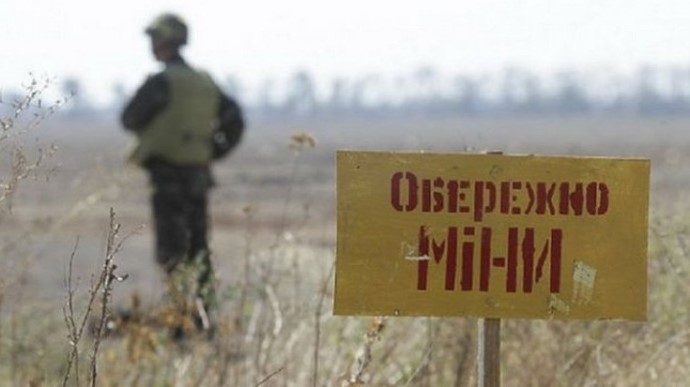 Right now, Ukraine is among the most heavily mined countries in the world. But even before the further escalation of the Russian-Ukrainian war, over 1.8 million Ukrainians already lived surrounded by mines for eight years — the UN Office for the Coordination of Humanitarian Aid in Ukraine (OCHA Ukraine) reported on Twitter. Mines and remains of ammunition are spread across approximately 80,000 sq. km — as big as the whole of Austria. It will take years to demine Ukrainian territory completely and the Ukrainian Cabinet has just established an International Demining Center.

An interactive map of explosive objects and dangerous areas in Ukraine is available at https://mine.dsns.gov.ua/ Engineers and sapper units of the State Emergency Service of Ukraine continue demining in a number of areas, mostly in the regions of Kyiv, Chernihiv, Sumy, Kharkiv, Zaporizhzhia, Kherson and Mykolaiv. The mines and other explosives are often found in abandoned houses, children’s playgrounds, on the streets, side roads, fields and forests. Many mines found now in Ukraine are prohibited by the Geneva Convention. By now, more than 16,000 hectares have been demined, more than 90,000 explosive devices were found and neutralized. Pyrotechnic units remove and neutralize from 2,000 to 6,000 explosive devices daily.

The danger is lurking also in the Black Sea where naval mines pose a serious maritime threat. «Their presence is almost certainly due to russian naval activity in the area and demonstrates how russia’s invasion of Ukraine is affecting neutral and civilian interests,” reported the United Kingdom intelligence.

Upon his recent visit to Ukraine, Canada’s Prime Minister Justin Trudeau announced additional supports for Ukraine, which included $2 million for HALO Trust for mine emergency response. «Canada will always be a friend to Ukraine and we are here in Kyiv to show our unwavering support. From mapping mines to making sure russian forces are held accountable for their crimes, Canada is doing its part to support Ukraine» — added Minister of Foreign Affairs Mélanie Joly.

«The Russian occupiers left behind thousands of mines, thousands of booby traps and shells. They threaten our people, our children. And today we have agreed to establish maximum cooperation in this regard, so that there is no such ‘exclusion zone’ left in Ukraine, which cannot be entered over the threat of Russian mines,» Ukraine’s president Volodymyr Zelenskyy stated later that day.

On May 8 in Kyiv, Prime Minister of Ukraine also me with the head of Croatian Government Andrej Plenković. Croatia is no ordinary ally to Ukraine, having gone through the war over 27 years ago the country is now able to provide Ukraine with technical assistance in demining.

Ukraine has called on the UN to assist in this urgent matter. Following the recent meeting between the Deputy Head of the State Emergency Service of Ukraine with representatives of the UN Mine Action Service in Ukraine, the sides agreed on the cooperation to demine Ukrainian territories. The UNMAS Demining Service, in coordination with other UN units, is now starting its work.