World Premiere of Alina to be held in Edmonton 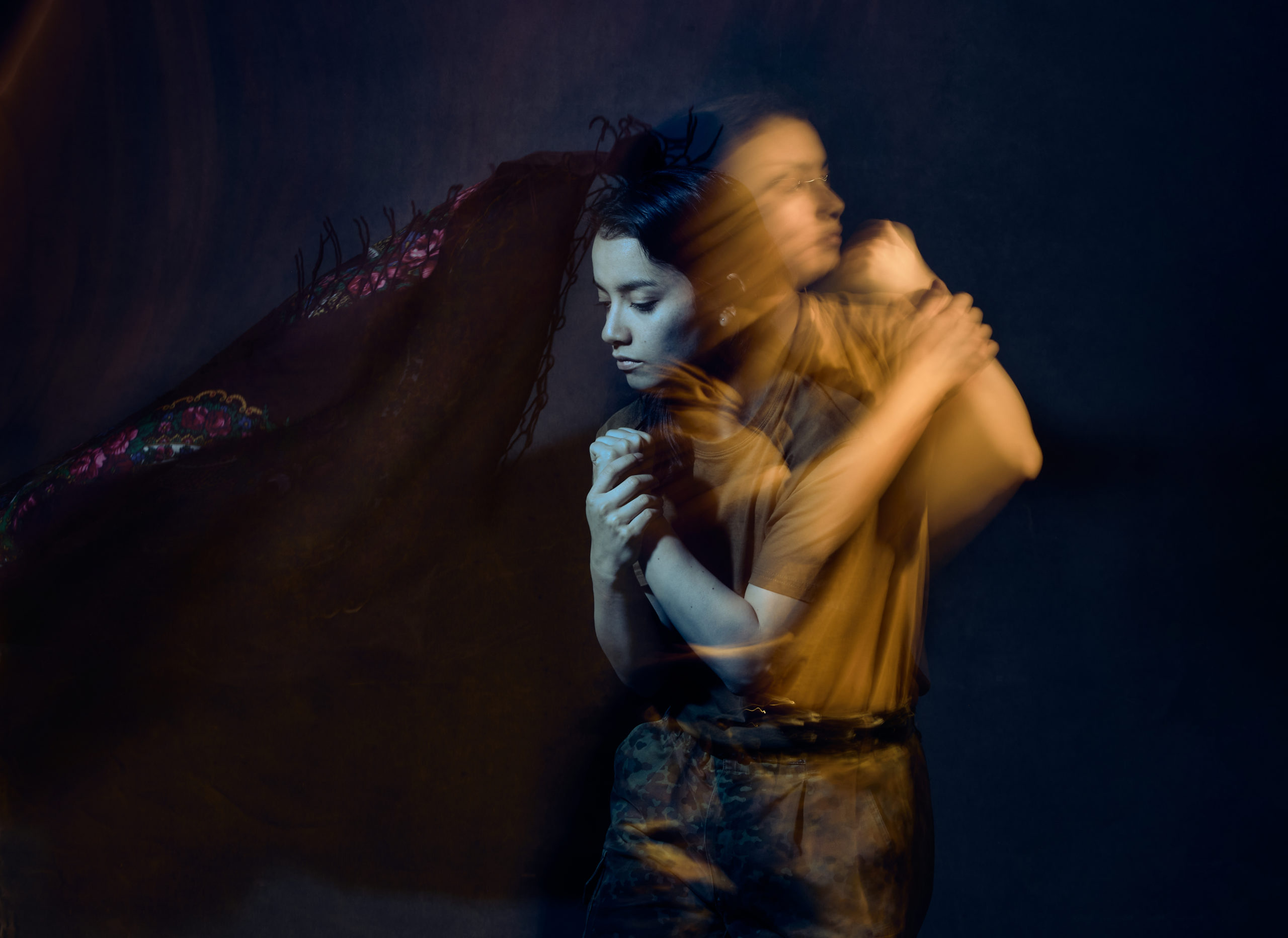 Pyretic Productions in association with Punctuate! Theatre will present the world premiere of Alina, written by Ukrainian Canadian playwright Lianna Makuch and directed by Patrick Lundeen May 24 – June 5 in the Studio Theatre at the ATB Financial Arts Barns (10330 – 84 Ave) in Edmonton.

Alina is inspired by the true experiences of a 19-year-old volunteer Ukrainian combat medic who leaves everything behind to go to the front line of one of the deadliest battles of the war in Eastern Ukraine in 2015 — the battle for the Donetsk Airport. But when she returns home to the shock of “peaceful” civilian life she realizes her struggle does not end at the front.

In February 2020, Pyretic participated in an inspiring artistic residency at Izolyatsia Institute in Kyiv. They conducted in-depth interviews with a young woman named Alina Viatkina about her remarkable experience. Being a 19-year-old young woman, Alina was unable to join either the official military or volunteer battalions. In spite of this, she posed as a journalist and independently made her way to the war zone.

Playwright Lianna met Alina Viatkina while in Ukraine researching her play Barvinok, formerly titled Blood of Our Soil. Through that work, she has developed close personal friendships with members of the veteran community, including Alina, who are in Ukraine right now fighting — in either combat, coordinating efforts, or gathering and delivering supplies.

“This play transcends cultural backgrounds to tell a universal human story about the resilience of the human spirit. It explores the human impact of war, which is more relevant than ever as we are bombarded with political pundits and “hot takes” on the ongoing and brutal war in Ukraine. While the play takes place in 2015, it draws many parallels to the present day. Telling a story directly related to these ongoing events but with the perspective we have on it now provides a contextual history about the current invasion. It allows the audience to draw lines and extrapolate in order to gain a deeper understanding of our world’s current circumstances,” says Makuch.

“Now millions of Ukrainians are once again living through unimaginable trauma, while the rest of the world watches war crimes and tragedy unfold as a result of Russia’s attack.”

Lianna is the grandchild of Ukrainian immigrants who lived with the trauma they experienced from WWII for the rest of their lives.

“The trauma that will exist for generations in Ukraine as a result of this war is unfathomable. This play explores the impacts of PTSD, and will provide audiences with a deeper understanding of the long-lasting impacts of this incurable illness that will inevitably have an unimaginable impact on our society,” she adds.

Previews will be held, May 24, 25; Press Night is May 26 and the Ukrainian Community Night is May 27. Following the 80-minute performance of Alina, there will be a meet-and-greet with the artists and special community reception in the Fringe Grounds Café, which will be housing a pop-up gallery of Ukrainian art from the Alberta Council for Ukrainian Arts. Post-Show Discussions/Talk Backs will be held May 29 and May 31.

Tickets cost $20 – $36 with additional options to donate to Ukraine and are available at: www.pyreticproductions.ca. Donations will be collected at the performance as well. More information be found at www.supportalinaukraine.com