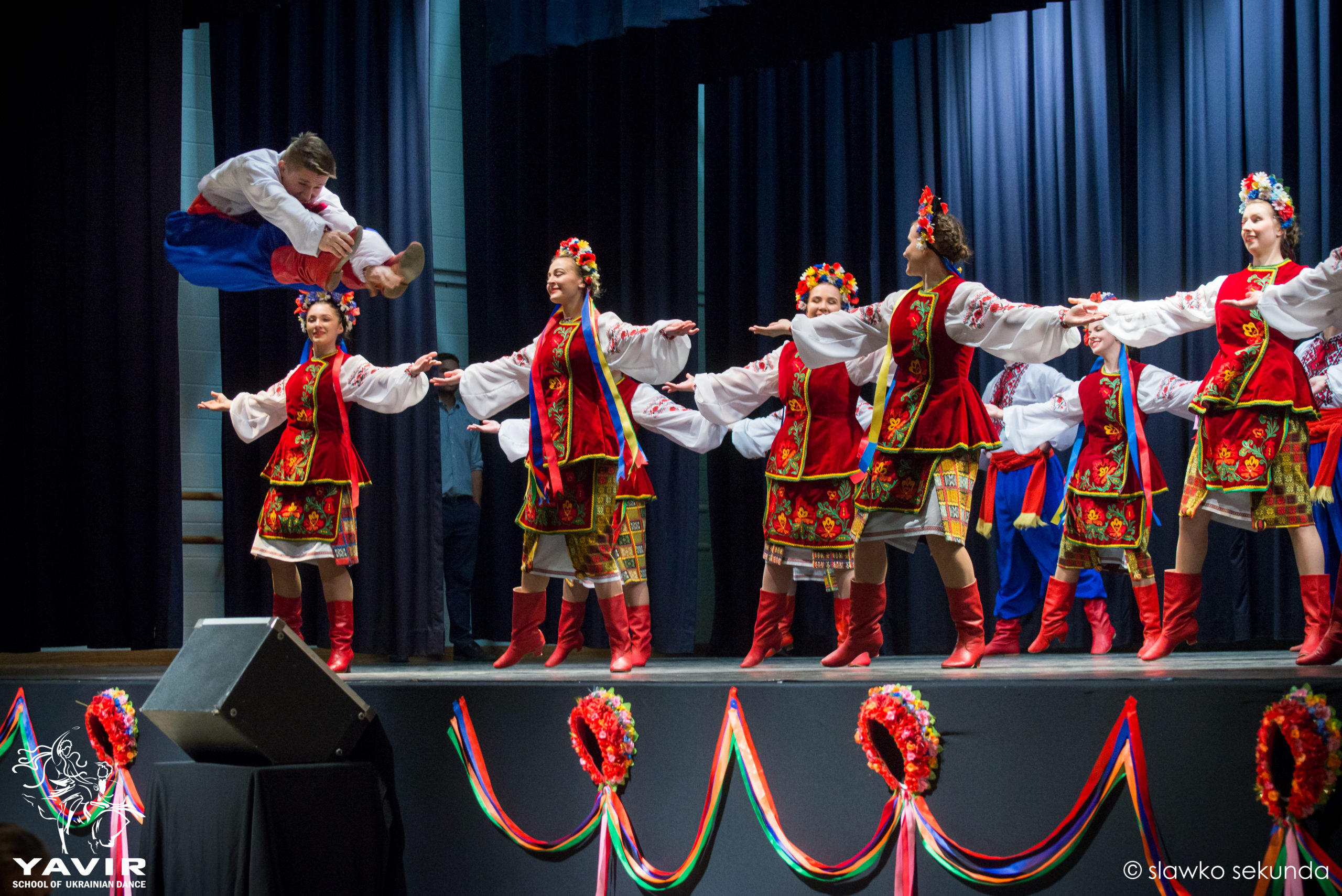 Watching the devastating news from Ukraine, night after night, Toronto journalist Vivien Fellegi felt horrified and helpless. One day, after a particularly disturbing clip had seared into her brain, she saw a sign for a fundraiser on behalf of Ukraine posted in the window of The Cookery, a kitchen store in Bloor West Village. That night she decided to use her personal and professional contacts from the music world to host a benefit concert to help the country in turmoil.

Unite for Ukraine – a Musical Fundraiser will take place this Sunday, May 15 at 7pm at the Ukrainian Catholic Church of the Holy Protection on 33 Leeds St. For those who can’t attend in person, livestream tickets can also be purchased. Performers include Ukrainian dancers from The Yavir School of Ukrainian Dance, Ukrainian singers from Kalendar, folk singers from Lunar Bloom, and many more.

Funds raised will support the Canada-Ukraine Foundation’s Ukraine Humanitarian Appeal sending medical supplies, food, and other aid to the war zone. Father Bohdan Choly, one of the priests from the venue’s church, praises the organization, who has responded briskly to the crisis. “Their help has been amazing,” he says.
But the benefit isn’t just about raising money. For Ukrainians in Canada, it’s been a way to defy the aggressors.

This holds true for Krista Samborsky, artistic director of the Yavir School of Ukrainian Dance, who has choreographed the dances to be performed at the benefit. Samborsky, who is a second generation Ukrainian, has been devastated by the invasion. “I feel it on a personal level because of my identity,” she says. But participating in the fundraiser is a way to send a message of support to her beleaguered countrymen in Ukraine. “The distance between us is great,” she says.” “But we feel your pain, and we’ll stand with you all the way to the end.”

Fellegi wants the benefit to demonstrate solidarity with Samborsky and others of Ukrainian heritage. She can empathize with the victims of Russian aggression, as both her parents grew up under the Soviets’ iron fist. Because her grandfather owned a tombstone factory, her father was branded a “capitalist pig” and barred from ever attending university. Fellegi’s mother still shudders when she recalls her experience in Girls Scouts, where the children were regularly exhorted to spy on their loved ones and report any whispers of dissent against the regime.

During the Hungarian Revolution of 1956, both Fellegi’s parents participated in student-led freedom marches. Within weeks, however, Soviet tanks had rolled in to squelch the uprising. Fellegi’s father was in line to buy bread when a tank fired on the peaceful crowd and almost hit him. He and his ageing mother ran all the way home. Shortly after this incident, both her parents escaped to Canada.

Today Fellegi wants to let Ukrainians know that they’re not alone. “I want to send a message to Ukraine,” she says. “We stand with you.”

Father Choly, (one of the concert venue’s parish priests), appreciates the sentiment of solidarity. It’s been an “extremely stressful” time for his congregation, he says. “It’s not just anger, but it’s also fear for the lives of their families,” he adds. For some, their anxiety is so overwhelming that it’s stifling their sleep.
Father Choly tries his best to comfort them by just listening.

Father Choly also prescribes prayers for those who are suffering. “People need spiritual strength to be able to survive day to day,” he says. He especially recommends the contemplative Jesus Prayer, where you say the same phrase, “Jesus Christ, Son of God, have mercy on me,” over and over again. These soothing repetitions help parishioners cope with strong emotions.

Father Choly views the benefit as another opportunity to help Ukrainians everywhere. When Fellegi reached out to him to ask if her group could hold the concert at his church, Choly didn’t hesitate. “What I found especially interesting and attractive was that this wasn’t by Ukrainians for Ukrainians,” he says. He was thrilled at the prospect of hosting Canadians from many backgrounds in his church hall. “We would be doing something for Ukraine quite different from what our church would normally do,” he says. “That was very appealing.”

Father Choly is also touched by those who have bought tickets to the event. Audience members are giving a “double gift” to Ukraine. “There’s the financial gift, and there’s the gift of time,” he says.

Father Choly has been bowled over by the generosity of Canadians everywhere who have sprung to the aid of Ukrainians. “The level of support is astounding,” he says. Just knowing that they’re not alone has given him a reason to hope. “Oh yeah, absolutely,” he says.

Tickets also available at the door.