Ukraine must get enough weapons to win this war. The country is truly fighting “to make the world safe for democracy” 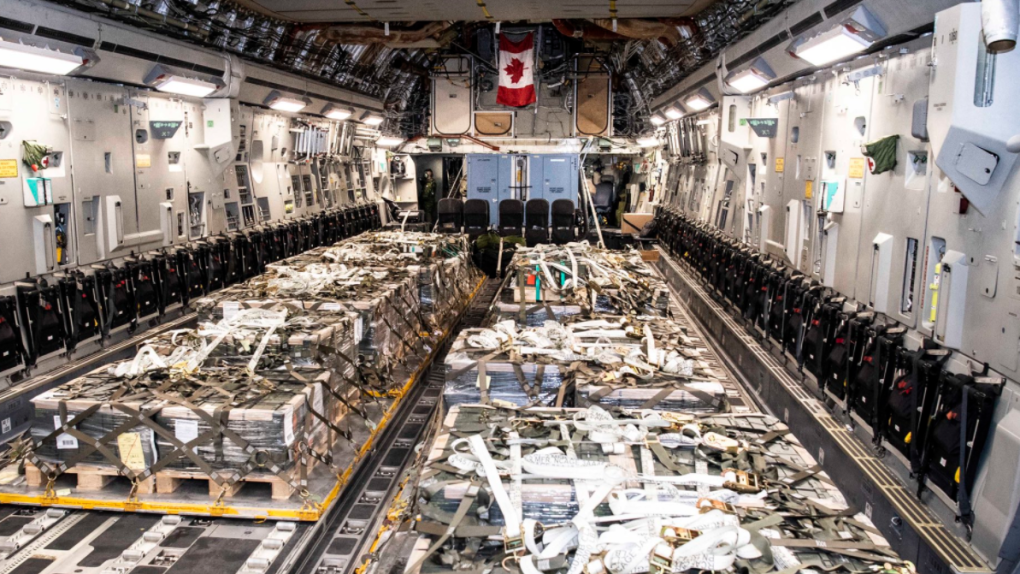 When the United States entered World War I President Woodrow Wilson proclaimed it was fighting “to make the world safe for democracy”. How successful that was is problematic. While democracy survived in Western and Northern Europe, by the time World War II erupted there was not one democracy remaining in Central, Eastern and Southern Europe. The last remaining democracy in Central Europe, Czechoslovakia, had been sacrificed by Britain and France on the altar of appeasement. But today there is one country that is valiantly struggling “to make the world safe for democracy” against a far more powerful and nuclear-armed tyranny. That country is Ukraine.

Renowned American historian Timothy Snyder who specializes in the modern history of Central and Eastern Europe, put it quite succinctly in an article entitled Ukraine Holds the Future: The War Between Democracy and Nihilism which appeared in the September/October issue of Foreign Affairs.
“Russia, an aging tyranny, seeks to destroy Ukraine, a defiant democracy. A Ukrainian victory would confirm the principle of self-rule, allow the integration of Europe to proceed, and empower people of goodwill to return reinvigorated to other global challenges. A Russian victory, by contrast, would extend genocidal policies in Ukraine, subordinate Europeans, and render any vision of a geopolitical European Union obsolete. Should Russia continue its illegal blockade of the Black Sea, it could starve Africans and Asians, who depend on Ukrainian grain, precipitating a durable international crisis that will make it all but impossible to deal with common threats such as climate change. A Russian victory would strengthen fascists and other tyrants, as well as nihilists who see politics as nothing more than a spectacle designed by oligarchs to distract ordinary citizens from the destruction of the world. This war, in other words, is about establishing principles for the twenty-first century. It is about policies of mass death and about the meaning of life in politics. It is about the possibility of a democratic future.”

In his conclusion, Snyder, who is also the author of Bloodlands: Europe Between Hitler and Stalin and an expert on the Holocaust and sits on the Committee on Conscience of the United States Holocaust Memorial Museum, states:

“Most urgently, a Ukrainian victory is needed to prevent further death and atrocity in Ukraine. But the outcome of the war matters throughout the world, not just in the physical realm of pain and hunger but also in the realm of values, where possible futures are enabled. Ukrainian resistance reminds us that democracy is about human risk and human principles, and a Ukrainian victory would give democracy a fresh wind. The Ukrainian trident, which adorns the uniforms of Ukrainians now at war, extends back through the country’s traditions into ancient history, providing references that can be used to rethink and revive democracy.”

At first the world thought Russia would overtake Ukraine in a matter of days. Ukraine surprised the world. Not only did the Ukrainian Armed Forces (UAF) halt the initial Russian advance, but they forced the Russians to make an embarrassing retreat from the region around the capital Kyiv. Moscow claimed that it did so in order to regroup its forces in the east. Then Ukraine again surprised the world with its lightning strike across Kharkiv Oblast reclaiming 9,000 square kilometres of territory. So abrupt and chaotic was the Russian retreat that they left behind dozens of useable tanks, armoured vehicles and other heavy armour that the UAF may now take advantage of. In the south, Ukraine is pressing on Kherson. They’ve taken so many Russian prisoners of war that they have no room to hold them. Russian troops are deserting en masse.

Dictator Vladimir Putin is desperately combing the prisons to find more recruits. He is reluctant to call for a general mobilization because that would expose the myth of a “special military operation” to the Russian public at large and make them question all the propaganda they’ve been fed.
Ukraine is winning this war and it can bring it to an end providing the West continues to supply all the weaponry it needs.

While the United State and the United Kingdom are steadily providing the weapons Ukraine needs, other countries are starting to make noises about running out of supplies, or expressing concern about the price of gas. This is unconscionable. How can one compare complaints about the price of gas to a nation of 44 million people being subjected to genocide, including entire cities and hundreds of towns and villages being shelled or bombed into oblivion resulting in over 13 million displaced persons half of whom have already left the country, and hundreds of thousands of children in occupied territories being illegally deported for resettlement, re-education and re-programming as loyal Russian citizens in the far eastern lands of the Russian Federation, and thousands of other innocent civilians with no means of escape being killed, raped and tortured by occupying forces under the pretext of de-nazifying and de-Ukrainianizing the population, while Ukrainian prisoners of war are regularly subjected to horrific mutilation including castration or having fingers or ears cut off? As for claimed shortages of weapons, the simple answer is to buckle down and produce more. That’s what the Free World had to do during World War II and that’s what the Free World has to do today.

The stakes in this war are the future of freedom and the very soul of the world. There is no middle ground here. Either Ukraine is victorious with continued strong support from her western allies. Or the world will bear witness to the global triumph of evil. A victory for Russia will be a victory for tyranny, a victory for dictatorships all over the world and a fatal blow for freedom and democracy. Make no mistake. Ukraine is truly fighting “to make the world safe for democracy”. And it needs all the help it can get.