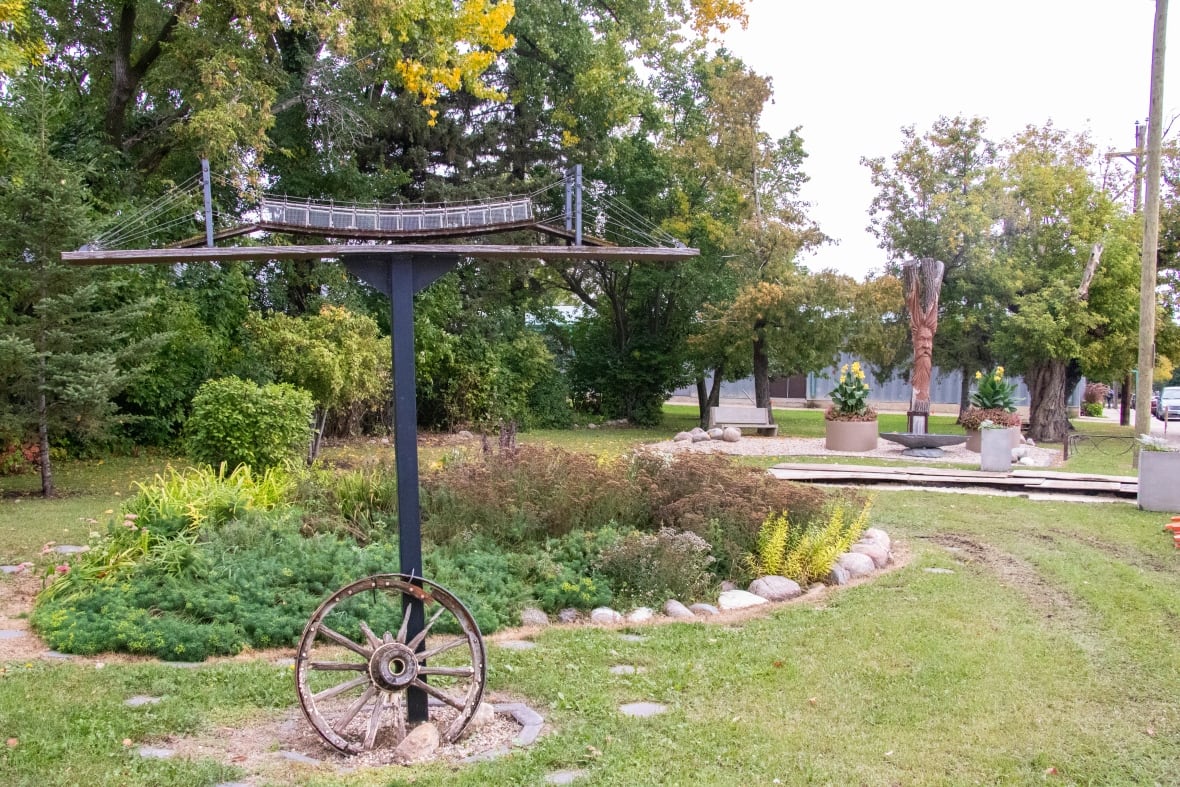 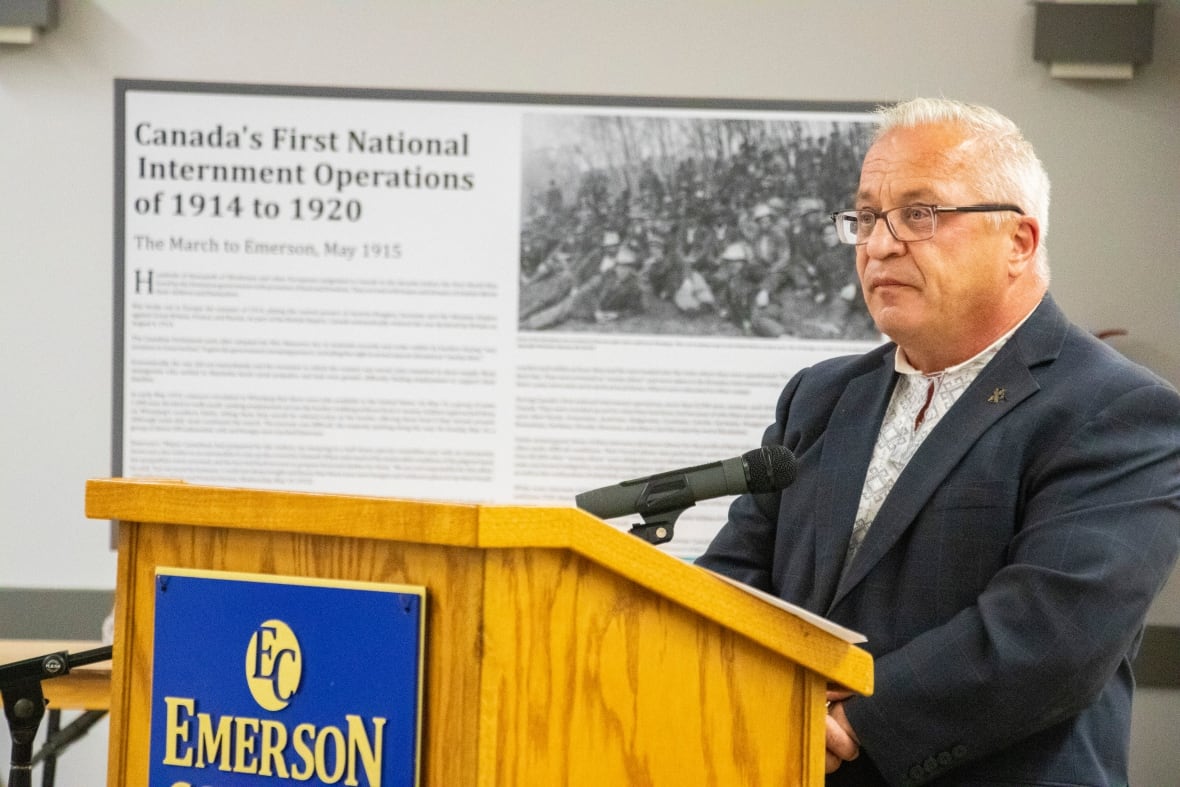 More than 100 people from southern Manitoba, the City of Winnipeg, and beyond attended the unveiling at Emerson Corner Park.

The municipality and the UCCLF, with the support of the local Ukrainian community as well as the Canadian First World War Internment Recognition Fund, unveiled the trilingual monument and interpretive panels near the location where, in 1915, about 200 men, mostly Ukrainians, unemployed due to wartime xenophobia, tried to cross into the United States to find work. Instead, they were forbidden to leave, arrested, labeled “enemy aliens” under the War Measures Act, and interned in one of 24 camps in Canada.

Most of the marchers from Winnipeg were sent to Brandon’s camp, at least initially. Internees were made to work, which was against international laws at the time, but the rules didn’t apply equally to all Canadians. They joined some 8,000 other men, women and children, invited to this country by the Dominion Government only to be arrested when war was declared against Austria-Hungary – the imperial occupier of part of Ukraine. The internment operations lasted from 1914 until 1920 – two years after the war ended.

Around 80,000 others were forced to register semi-regularly with authorities. They suffered, not because of anything they had done, but because of where they had come from. Many remained “in fear of the barbed wire fence” long after their release.

“I was born and raised in Calgary. I grew up seeing the mountains. I visited Manitoba and parts between many times in my life,” said Borys Sydoruk of the UCCLF, at the unveiling. “Until 1989, I had no idea, nor did most Canadians, of what happened to thousands of Ukrainians and other Europeans invited to settle Canada before I was born.

“Thanks to our partners and supporters, educational monuments to the internment operations like this one at Emerson will ensure future generations learn about The March to Emerson, when hundreds of men simply seeking dignity and a job were instead robbed of both, as well as of their freedom.”

Wayne Arseny, on behalf of the Municipality of Emerson-Franklin, emceed the event.

“For decades, the UCCLF has been committed to memorializing not just the internment camp sites themselves, but other sites of significance to the WWI internment operations,” said Arseny. “For our municipality, it was natural to partner with the UCCLF to bring this unfortunate episode to light. It will remind our residents, as well as visitors and passers-by to our community, that the fight for freedom and civil liberties, and the fight against racism, is ongoing.” 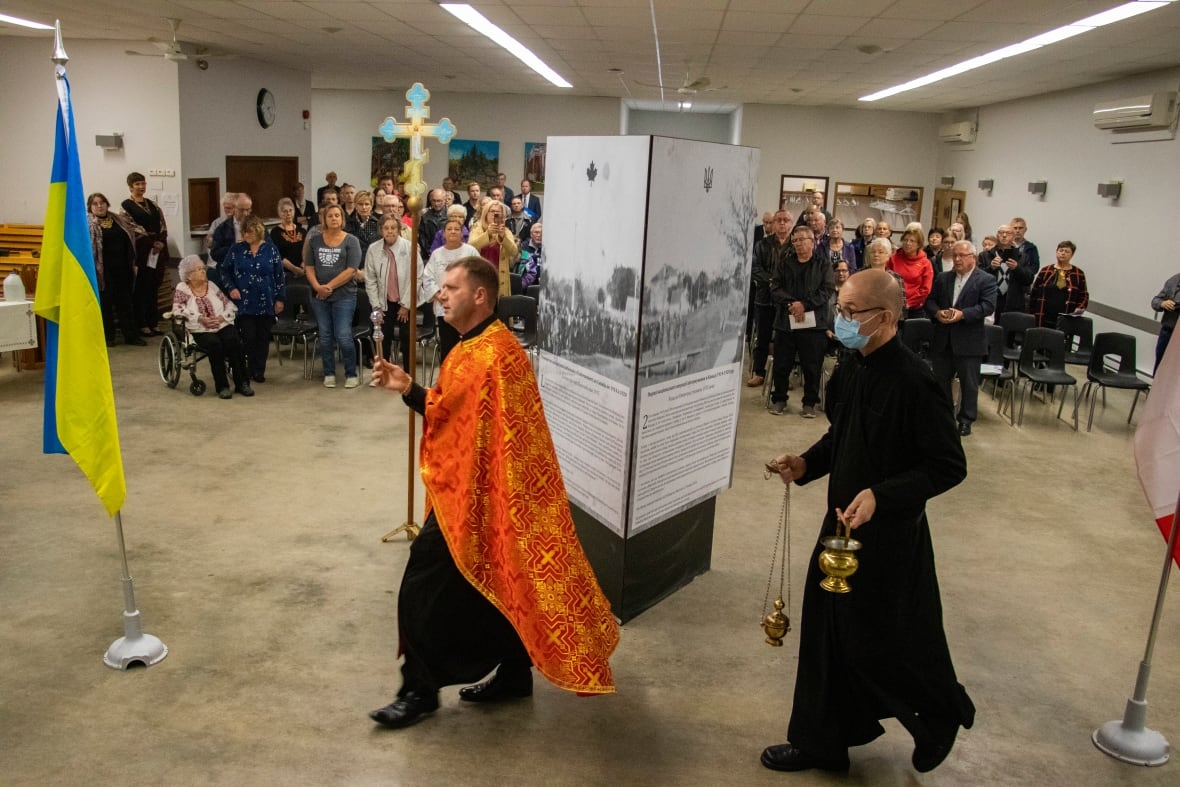