Ukraine in focus at Cannes’22 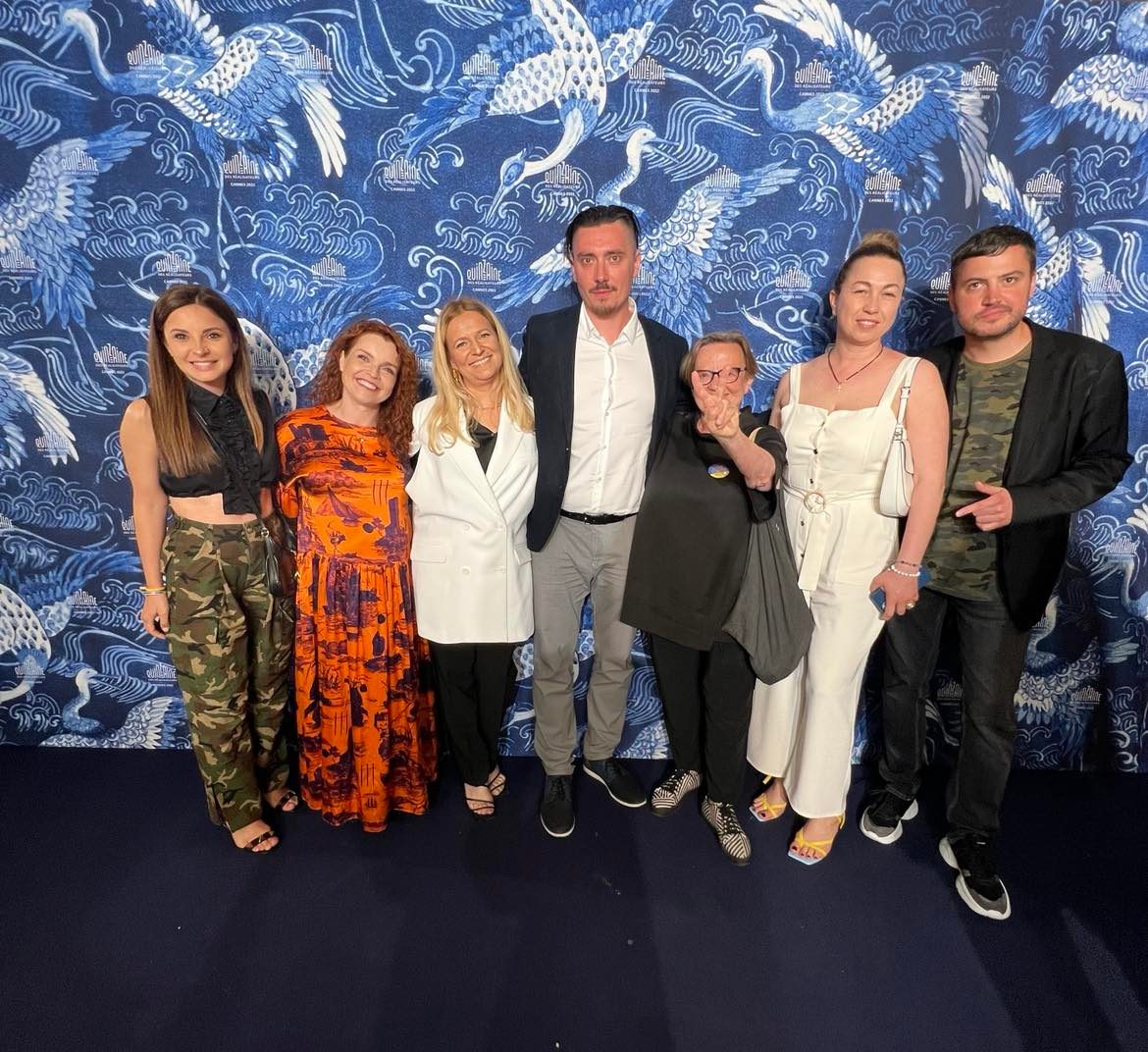 “Will cinema keep quiet, or will it speak up? If there is a dictator, if there is a war for freedom, once again, everything depends on our unity. Can cinema stay outside of this unity?” — Volodymr Zelenskyy addressed the audience of the 75th Cannes Film Festival’s opening night.

As the war in Ukraine continues, the country’s vibrant cultural and art scene is receiving prominent recognition from the international audience. Two Ukrainian features, which made it to Cannes Film Festival this year, are Pamfir, presented at The Directors’ Fortnight, and Butterfly Vision of Un Certain Regard selection — both directorial debuts.

One of the producers of Pamfir, Alyona Tymoshenko spoke about her experience at this year’s Marché du Film — Festival de Cannes to New Pathway – Ukrainian News.

“The story of Pamfir is about a man, faced with a decision to leave the honest path to protect his family, even if it means laying down his life. There is this line of the lead character about how he wishes to have the power to destroy every intruder of the homeland — this is the illustration of the character of the Ukrainian people, our national consciousness and self-identification” — says Alyona.

Q: The movie Pamfir features a pre-full-scale-war narrative. The story unravels during the 2019-20 period, illustrating the reality of a post-Maidan Ukrainian society amidst the hybrid warfare against Russian aggression. Yet, the international audience might rather regard the film in the context of the full-scale war. What is your impression, did the viewers of the Cannes premiere identify the movie’s actual objective?

— It’s true that the film features the previous period. On the 24th of February, everything changed, primarily for us Ukrainians, but for the Europeans too. The full-scale war began right behind their fence. When we speak to our international colleagues, they usually say: “don’t thank us for the help as we are the ones who are grateful that you protect us”. The whole world now sees what a Russian aggression really is.

The focus of the international attention is now on Ukraine. The world wants to know who we are as a nation. The story of Pamfir is about a man faced with a decision to leave the honest path to protect his family, even if it means laying down his life. There is this line of the lead character about how he wishes to have the power to destroy every intruder of the homeland — this is the illustration of the character of the Ukrainian people, our national consciousness and self-identification.

The task of a director is to provide the audience with the answers, this is precisely what Dmytro Sukholytkyy-Sobchuk did so subtly in Pamfir. Throughout the film, the viewer gets to know the lead character, live with him and his family, surrounded by the Bukovinian countryside — this is the effect the movie has on the spectator. 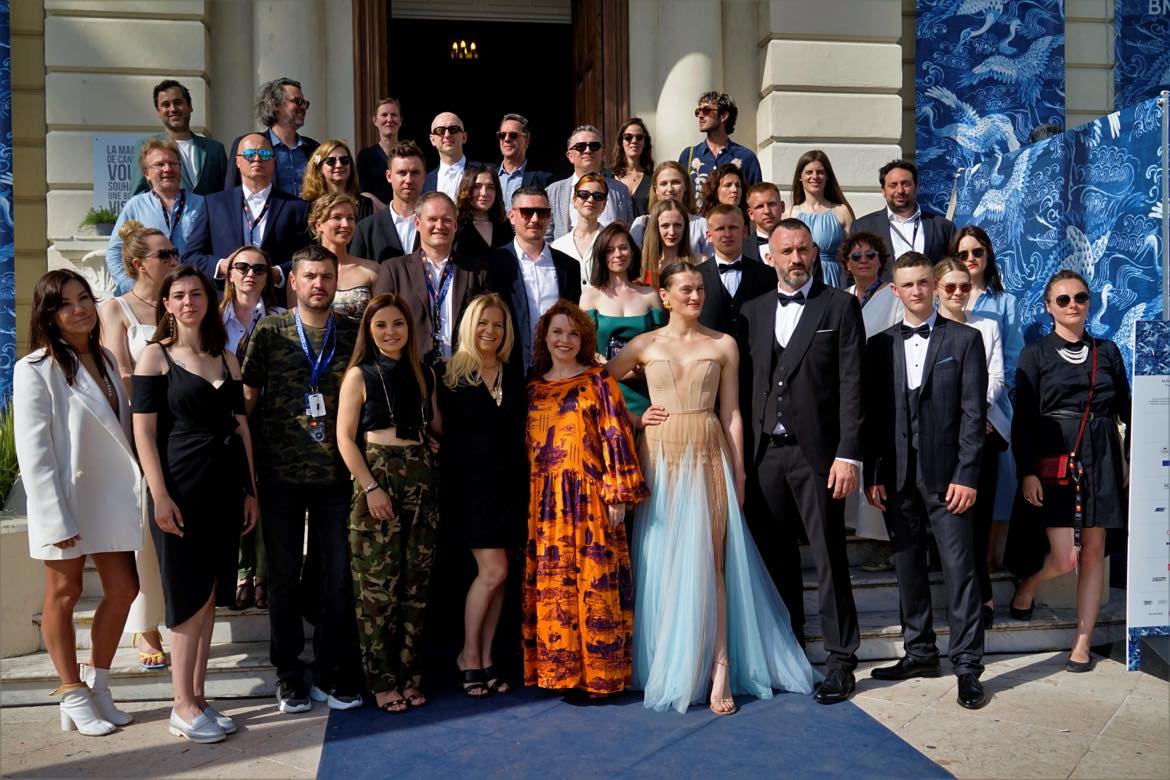 The Ukrainian delegation at Cannes’22

— This year, Ukraine at Cannes was presented much more seriously than before. Two features presented were: Pamfir by Dmytro Sukholytkyy-Sobchuk and Butterfly Vision by Maksym Nakonechnyi. Iryna Tsilyk became the first Ukrainian director to be a L’Œil d’or jury member. I would also like to admit the dynamic work of The Ukrainian Pavilion, successful presentations of Ukrainian projects, speeches and calls to boycott the Russian culture.

Ukraine was everywhere in Cannes this year, which was gratifying. Unfortunately, the war had contributed to such attention. International audiences generally expressed their interest in Ukraine. Basically, each dialog with a foreigner began with them asking: “how are you?”, “we support you”, “how we can help you?”. It was precious to us.

There is a significant demand for Ukrainian films that postproduction process. Many international professionals are willing to join in on making Ukrainian features that are currently at the latest stages of development.

Sadly, but right now, Ukraine cannot offer its shooting locations, provide other services on our territory or implement the cash rebate system. Nevertheless, many talented, hardworking, and creative Ukrainians are genuinely welcomed abroad. But for us, this dynamic brings about quite a painful issue of the brain drain, as the whole Ukrainian film industry is currently at pause.

This year a russian movie got included in the festival’s program. Its director had seized the opportunity to plea to the international community about the easing of sanctions. What can you say about the general reaction to such statements of the russian director among other attendants of the Cannes festival?

— From my perspective, the attention of the festival’s attendants was, rather, focused on the reactions to these statements, but not on the russian film itself. Its director had scored his own goal because what he said had actually worked against him and his movie. As far as I know, the investigation has commenced concerning the apparent financing of the russian movie with the money of Roman Abramovich, who’s under sanctions. The French distributors of the russian feature have encountered such problems as well.

After the premiere at the Cannes festival, “Pamfir” is to be viewed by a wider audience in other countries. Do you already know the dates of the international releases?

— There are several festival releases around the world ahead of us. The film “Pamfir” has the support of nine funds from different countries, and all of them are to witness the official premiere. Thanks to the support from Chili, we plan on distributing the movie in all countries of Latin America. 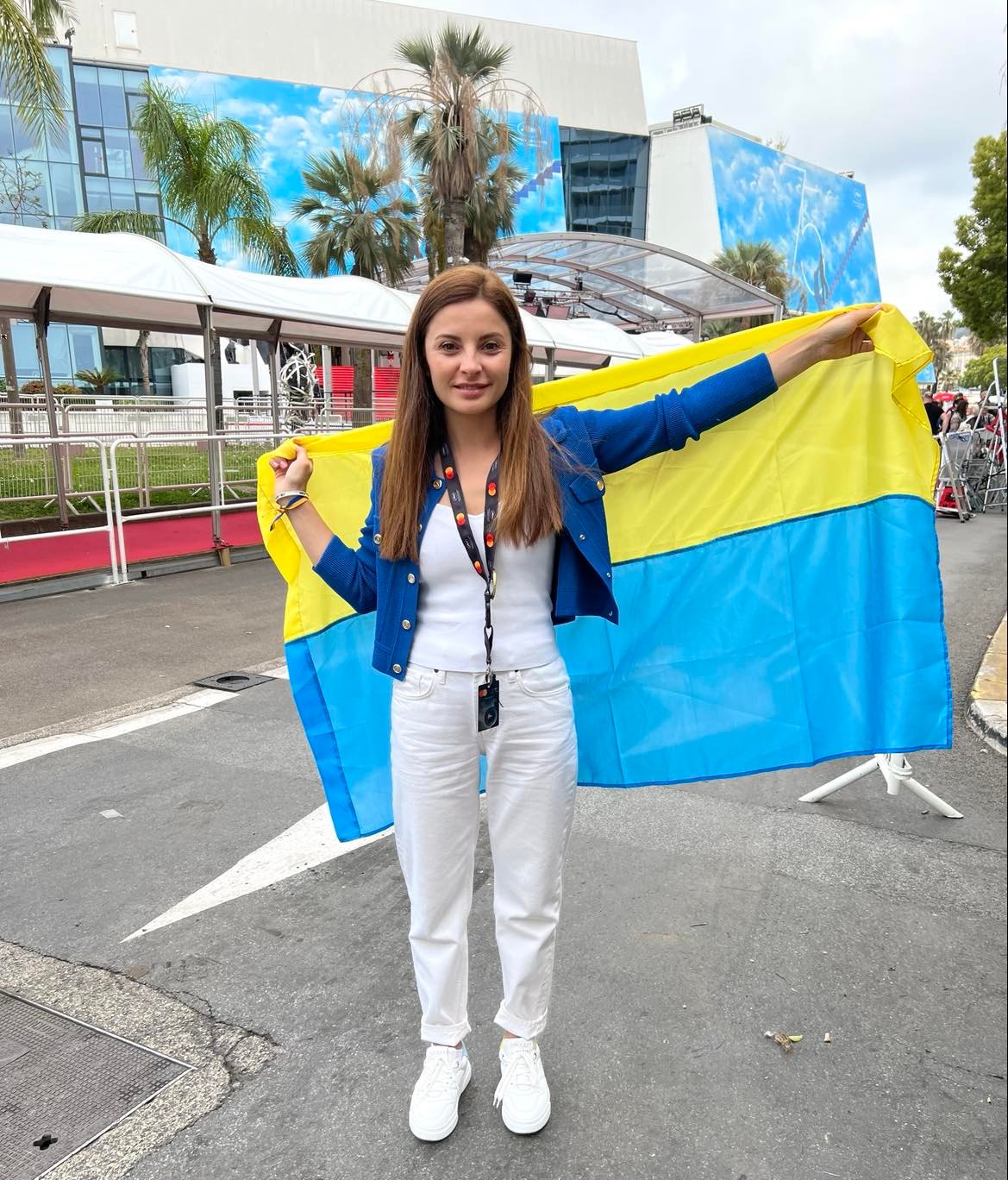 There is also a significant interest coming from the world’s top festival platforms from all continents. Therefore, after the premiere in Cannes, we anticipate other great premieres, which we hope to announce soon.

There is yet no information concerning the official release of the feature for the Ukrainian audience. Does this mean that the premiere in Ukraine will most likely happen after the end of the war?

— Our whole team yearns for this moment. But we would wish for as many people as possible to have a chance to see it. And even though some cinemas in Ukraine keep working, there aren’t as many viewers as we would have wished for. We haven’t decided on the release date yet, but we are working on it. And we very much hope that the war will be over by the time of the official release in Ukraine.