‘Ukraine Crucifixion’: At Christmas, war-torn Ukraine confident in its resurrection 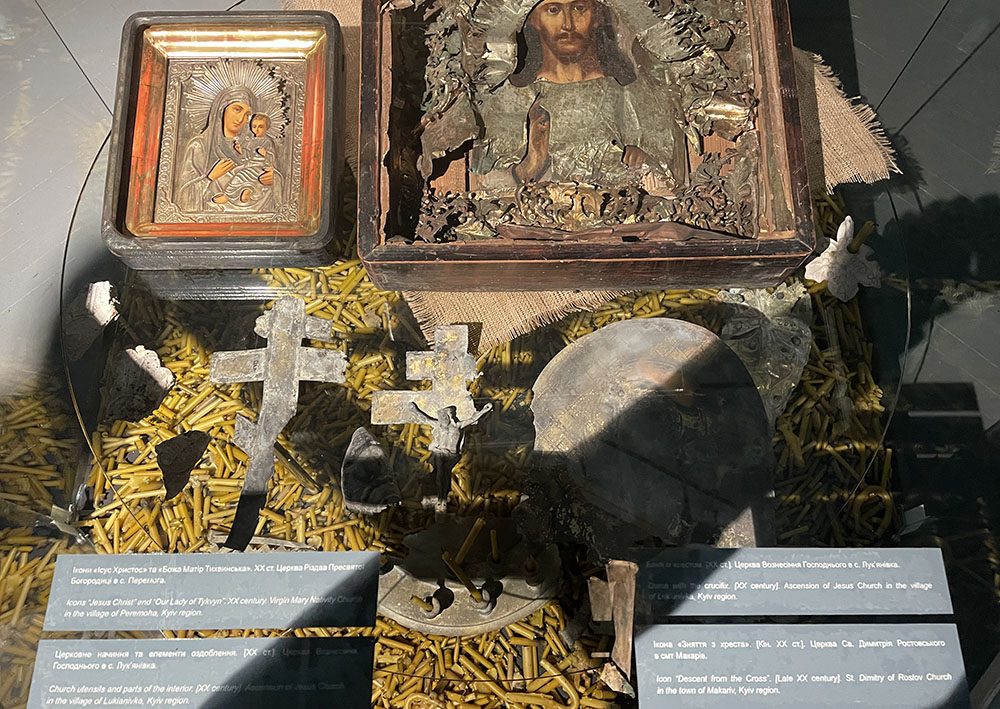 Three months ago, Ukraine's eastern region of Kharkiv was liberated from Russian forces after a six-month reign of terror that decimated 80% of its high-rise residential buildings, destroyed most of its schoolrooms and municipal buildings and left more than 400 mass graves in its wake. Now, new construction is underway.

All of the windows in the local hospital shattered by Russian shelling have now been replaced and on Dec. 8 — the feast of the Immaculate Conception — the head of surgery is expecting new patients. With a slight smile, he notes that the new arrivals will not be from war casualties, but injuries resulting from the ice and snow.

Just up the road, at what was once Izium's town hall, another construction project, of sorts, is in progress: A mural is being painted on its heavily bombarded façade representing popular cartoon characters dating back to the 1960s, known as Cossacks. These heroic figures are recognized as thoroughly Ukrainian and after nearly 10 months of savage war, are being freshly painted to represent the country's resilient identity.