Let the bells of freedom ring throughout Belarus 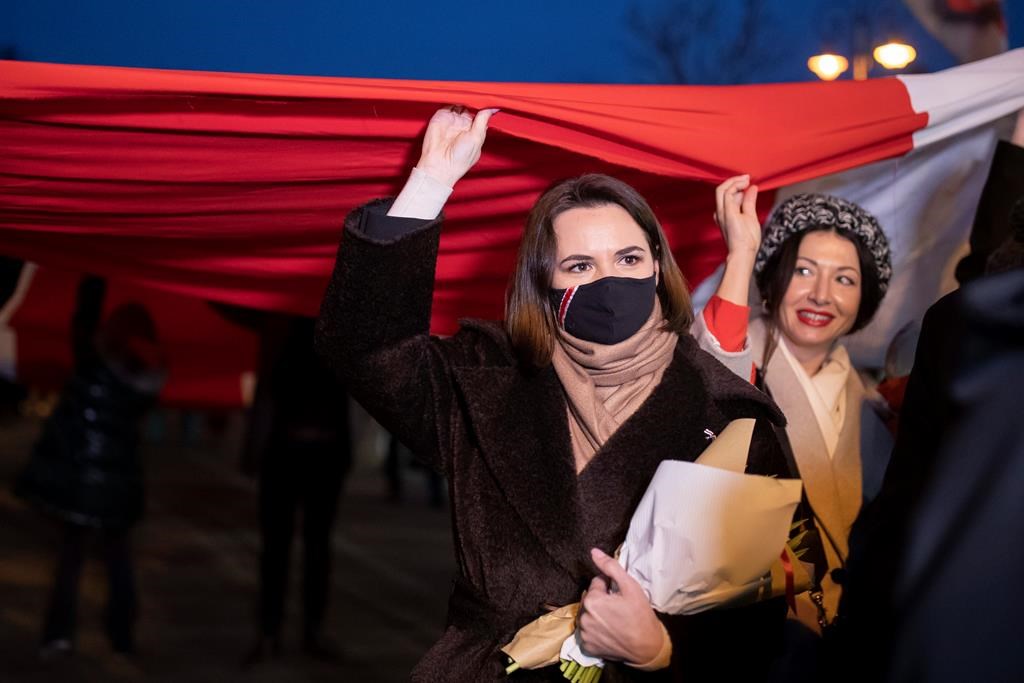 To celebrate “Freedom Day”, Belarusians once again marched down the streets of Minsk calling for dictator Lukashenka to step down like they have done continuously since the fraudulent election of August 9, 2020. Belarusian opposition leader Svyatlana Tsikhanouskaya, who was the real winner of the August 9 Presidential election, had hoped the rally would breathe new life into the country's protest movement. Tens of thousands marched in the wake of the disputed vote, but those numbers have dwindled in the last few months. Winter weather and weariness have contributed, but the main reason is the brutal reaction of the Lukashenka regime. More than 33,000 people have been detained, hundreds have been beaten on the streets or in detention, described by rights groups as torture, at least four people have been killed, and independent reporters have been targeted in the government crackdown. “The Belarusian authorities are conducting a targeted campaign of intimidation against civil society in an effort to silence all critics of the government,” Human Rights Watch said on March 18.

Western democracies have refused to recognize the disputed election and condemned the regime's violence. The UN's top human rights body on March 24 voted to investigate allegations of widespread human rights abuses. The rights council authorized a budget of US$2.5 million and the hiring of 20 experts and staff to carry out the investigation. On March 25, the U.S. State Department demanded the immediate release of the more than 290 political prisoners in Belarus. Canada, the United States, the United Kingdom and the European Union have all sanctioned Lukashenka and his cohorts. Yet these have had no effect. The repression continues and is getting even more severe. Much more stringent action is needed.

In several previous editorials, we called for sanctions that target Lukashenka's money supply. We noted that Lukashenka controls hundreds of private companies through a mechanism known as the Management of Presidential Affairs which provides him with money, and it is these companies that should be targeted with boycotts. We also pointed out that refined petroleum products and potash fertilizer account for the bulk of Belarusian exports and thus provide the greatest source of foreign currency reserves for Lukashenka. Belarus is the world's second largest producer of potash. The largest is Canada, primarily the Province of Saskatchewan. Therefore, any boycott of potash would have the added benefit of driving up the world price, thus providing more revenue for Canadian potash producers.

Maybe we are beginning to sound like a broken record, but so be it. The only way to stop the violence and vicious crackdown on human rights in Belarus is to implement effective sanctions that will cut off Lukashenka's sources of revenue, thus affecting his ability to pay his storm troopers. Should this happen, they will desert him, and Lukashenka will have no choice but to flee to Russia, just as Ukraine's former dictator Viktor Yanukovych did.
For a while there last month it looked like Western democracies would finally wake up. A group of European Union states with diplomatic representatives in Belarus recommended several paths for the 27-member bloc to take, including expanding the scope of sanctions against Lukashenka. They outlined four different options in a paper entitled “EU Heads Of Mission Report: February 2021 Review Of The EU Restrictive Measures Against Belarus”. The fourth of these involved a full sanctions regime hitting various industrial sectors, a ban on the sale of Eurobonds, and the possible alignment of the sanctions regime with that imposed on Russia. Unfortunately, we haven't heard anything more on this matter.
We recognize that any action Canada may take will not be effective unless it is done in concert with our allies, but we can play a leadership role using our powers of persuasion to convince our allies to initiate sanctions with teeth. And there is a role here for the Canada-Ukraine Parliamentary Friendship Group to play in getting all-party support for such measures.

So let's get serious with Belarus sanctions. In honour of Belarusian “Freedom Day” let the bells of freedom finally ring throughout the land.