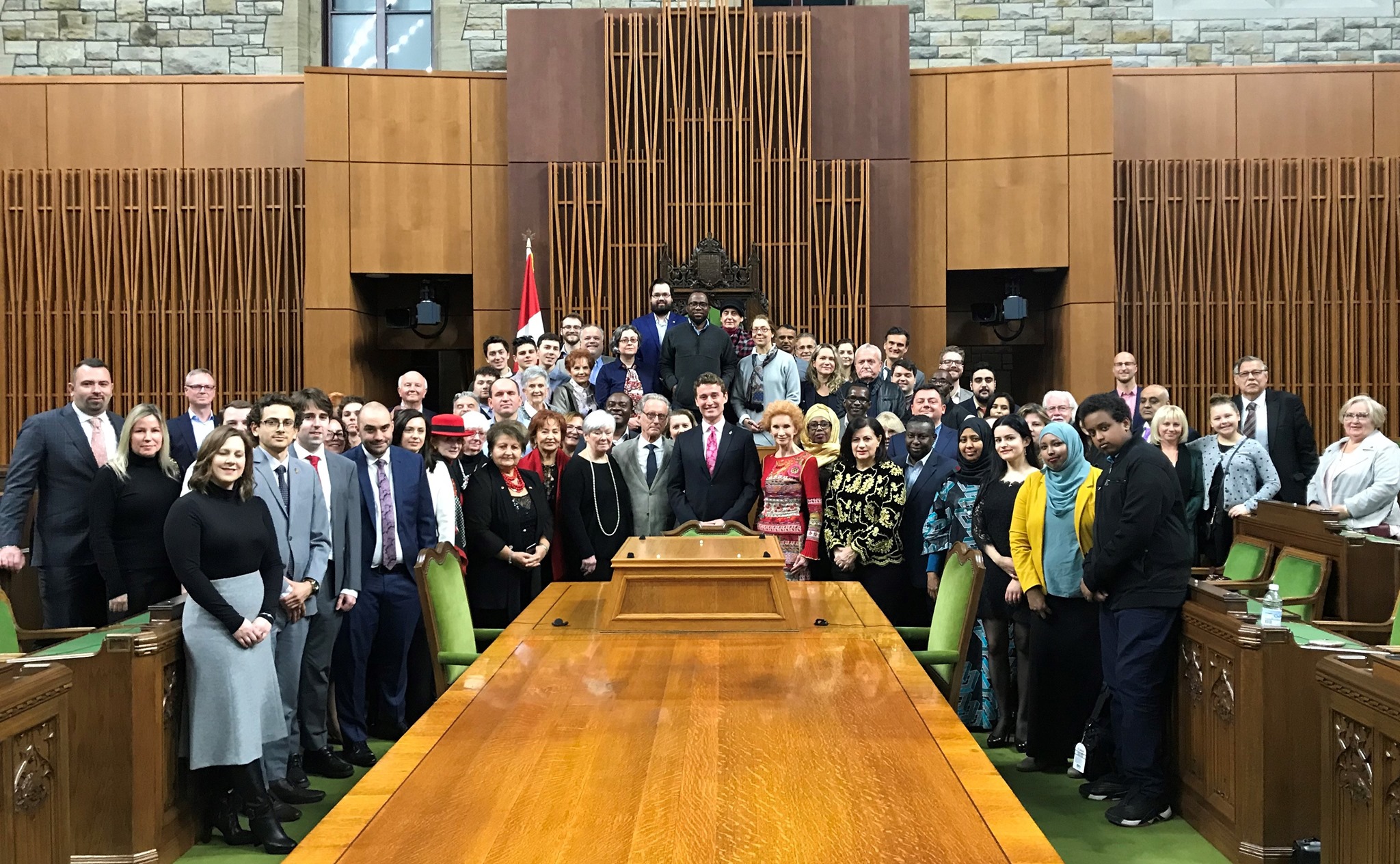 March 2021 brought numerous developments in the fight against COVID-19 and other key issues of Canadian life. New Pathway – Ukrainian News turned to Yvan Baker, currently the MP for Etobicoke Centre (Liberal) and former President of Ukrainian Canadian Congress, Ontario branch, for information on major issues facing his riding and the country as a whole.

The government is going to table the 2021 budget on April 19. What is your position on what should be in the budget, especially regarding what happens next, after the COVID-19?

The finance minister Chrystia Freeland has said clearly that her priority is to ensure that the budget supports an economic recovery. For me this includes continuing to support people and businesses that are struggling. Second, it means investments that spur economic growth. These are the kinds of investments that past governments of all political stripes have made to stimulate the economy – investments in infrastructure and transit in particular, roads and bridges, because they create jobs in the short term and support businesses as they reopen. Another issue that I’ve spent a lot of time on since I was elected is reform of long-term care and, in particular, advocating for the establishment of national standards for long-term care. The federal government on a number of occasions has provided additional funding to the provinces to help them improve conditions in long-term care. I will continue to look for support to improve the quality of long-term care.

What are the latest updates on the vaccination campaign in Canada?

The Prime Minister announced just today [March 30 – NP-UN] that five million doses of the Pfizer vaccine, which were to be delivered in the third quarter of this year, will be delivered in the second quarter, by the end of June. That means that Canada will have over 44 million doses by the end of June and this number does not include the Johnson & Johnson vaccine and Johnson & Johnson will start deliveries in the second quarter. We have every reason to believe that those schedules will be met. And because the population of Canada is around 37.5 million, this means that by the end of June, there will be more than one dose for every Canadian.

But this number includes the Astra Zeneca vaccine which is not limited to people over 55 years. How could this affect the vaccination schedule?

I trust the medical officials who are advising us on vaccines. They are basing their recommendations on evidence and they are saying that this vaccine is safe for people over 55. Whether someone takes a vaccine is up to them. But the threat of COVID is very serious and if The National Advisory Committee on Immunization is advising that the vaccine is safe for a particular age group, my view is that people in this age group should take the vaccine unless advised otherwise by their doctor. In any case, most of the 44 million doses that Canada will be receiving by the end of June will be Pfizer and Moderna. Locally, in Etobicoke Centre I have been focused on making sure that my constituents are informed as to who is eligible and how they can get the vaccine as quickly as possible. I’ve been doing this through media, social media and other channels like my next townhall meeting which will take place shortly.

In Ontario, now people over 70 are eligible for vaccines but if Canada will have received 44 million vaccines by June, the next three months look very busy from a logistical standpoint.

Just next week alone, Canada will receive five million doses. Many people will get the first dose well ahead of June. It’s a team effort – the federal government buys the vaccine but the provincial governments administer them. Some provinces have been administering them more quickly than others.

What is going on with the transit projects in Etobicoke Centre, in particular with the Eglinton West Crosstown Extension or Eglinton LRT as it used to be known?

I have been advocating with the federal government that it provide the additional funding needed to ensure we can build the Eglington West Crosstown Extension. The federal government recently announced that it is providing a significant increase to permanent public transit funding across Canada – an additional $5 Billion over the next five years and $3 Billion a year after that. Those funds have not been committed yet for particular projects. I am advocating that the Eglinton West Crosstown Extension receive the funding needed to ensure we can get shovels in the ground on this important project.

As a member of Canada-China Legislative Association, can you provide an update on Canada’s relationships with China which have been in the spotlight lately?

The latest news on the Michael Kovrig and Michael Spavor is that China has begun their trials but those trials are being held behind closed doors. Canadian diplomats and diplomats from other countries tried to attend the trial but were not permitted to do so. The federal government is working very hard to secure the release of the two Michaels. What I also feel very strongly about is the genocide currently being perpetrated against certain minorities in China. A month ago, there was a motion in Parliament to recognize that Uyghur and other Turkic Muslims are being subjected to a genocide by the Government of China. I vote for that motion because I strongly believe that when atrocities or genocides are taking place, governments around the world need to speak up and need to act.