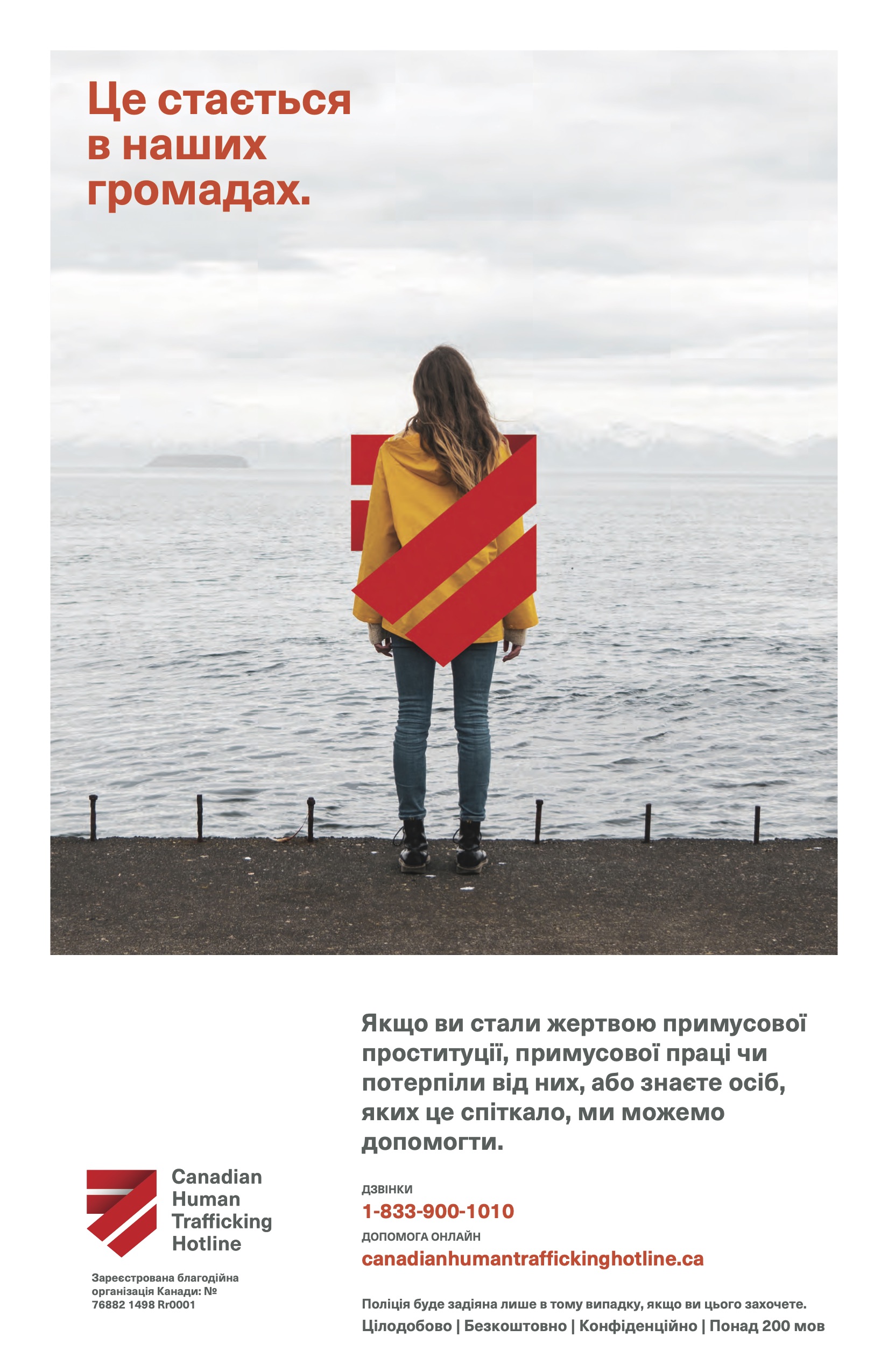 As Russia’s war has uprooted millions of Ukrainians, making it the largest movement of people in Europe since World War II, it also increased the risk of refugees falling victim to human traffickers.

Experts warn that the turmoil created by war is fertile ground for traffickers seeking to exploit the vulnerability of internally displaced people and refugees. According to a May report released by La Strada International, a consortium of anti-trafficking organizations, in the weeks since the full-scale invasion started in Ukraine, there has already been evidence of human trafficking activity. This trend, unfortunately, will persist the longer the war continues.

In recent weeks, the Ukrainian Canadian Congress has also seen increased concerns around the potential exploitation and trafficking of Ukrainian nationals fleeing the war and settling in Canada. That is why the UCC partnered with the Canadian Centre to End Human Trafficking to organize a webinar on the issue and explain who is at most risk, what red flags to look out for and how to help people who might have fallen victim to human trafficking.

In 2019, Canadian police reported 511 human trafficking incidents, representing a rate of 1.4 incidents per 100,000 population — the highest number and rate reported since comparable data became available in 2009. In 10 years of available data, there were at least 2,468 incidents of human trafficking that have been reported to police services in Canada with 95% of victims being women and girls.

Larizza noted that for Ukrainian newcomers – the vast majority of whom are women and children, the two groups most vulnerable to falling victim to labour and sexual abuse — it is vital to stay alert, know how the human traffickers lure their victims and report any suspected case to the police.

What are the risks?

Some people might become easier prey to traffickers, said the second presenter, Ashley Franssen-Tingley, who is q director of stakeholder relations with the Canadian Centre to End Human Trafficking. According to her, the vulnerable groups include females, people involved in the child welfare system, BIPOC (which stands for black, indigenous, and people of colour), youth 14-25 years old, impoverished and/or homeless, and 2SLGBTQIA+.

There are also several factors which increase people’s vulnerability to trafficking – some might apply to all crises, while others are somewhat specific to the situation of war in Ukraine. The La Strada report includes the following:

• Inadequate or misleading information – meaning that people don’t get the support they need, ignore potential risks of exploitation due to lack of knowledge
• Lack of money and/or access to livelihoods – people who have fled without any money or resources are particularly at risk of labour exploitation
• Exposure to online risk – traffickers and abusers are already using social media to target potential victims
• Criminal networks already operating in the region – and acting with impunity due to the challenges of law enforcement in areas affected by conflict or experiencing a large influx of refugees
• Pre-existing risk factors – including the high prevalence in Ukraine of domestic violence (a known push factor for human trafficking) before the war, and vulnerabilities from secondary displacement or having lived in disputed territories in Ukraine from 2014 onwards

Franssen-Tingley says that newcomers from Ukraine are at “elevated risk of being trafficked” in Canada since they require temporary shelter and work which might open up opportunities for sexual and labour exploitation.

How does “the game” work?

Traffickers are well aware of those potential weaknesses and might use them to their advantage.

There are four stages of domestic human trafficking to watch for, according to Larizza: “The first stage is luring, during this stage the trafficker is assessing the right person, finding that person’s “weak spot,” the purpose is to build the connection, to find as much information as possible about the individual.”

The second stage that follows is called “grooming and gaming.” Experts warn that it might involve a closer connection between victim and trafficker, including an intimate relationship, and traffickers might also sell the victim the idea of love. They would lavish the victim with attention, gifts, love and promises of a life together.

During this stage, she notes, the potential victim starts to feel special and the trafficker might begin to slowly earn the victim’s trust.

Once the trust has been established, traffickers will begin to isolate the victim from family and friends and create a sense of dependence. The victim might experience a bond with their traffickers that makes it hard to leave in the future.

“The game” continues with the coercion and manipulation stage, culminating in exploitation. During those stages, the so-called “charm” of the trafficker might disappear as they have achieved their main purpose, got the victim bonded and now can use him or her to their advantage.

It can be very difficult for a victim of human trafficking to escape their situation since people forced into labour or sex slavery are often afraid of their trafficker, and may fear the repercussions if they try to get away or contact the authorities. Victims might be closely monitored and convinced that nobody can help them. That’s why it’s important to learn what the signs of human trafficking look like, Larizza noted.

General indicators of human trafficking might involve the following traits:
● branding tattoo
● person being escorted/watched everywhere they go
● move locations frequently
● not speaking for themselves
● no passport or other form of identification
● limited knowledge of how to get around in the community
● lack of private space or personal belongings
● signs of malnourishment or fatigue

Presenters noted that it is “important to be as vigilant in Canada, as the person would be at home” and Canadians who host Ukrainian newcomers need to learn the red flag indicators of grooming and luring and who is most at risk for being targeted. They need to have open conversations about the risk of exploitation with the people they host. It might be a good idea to set up a newcomer with a personal cell phone and enter numbers for organizations that help, including the Canadian Human Trafficking Hotline number 1-833-900-1010 to report a case of exploitation.

“Trafficking happens everywhere, it’s not to be alarmist, it does, it can happen in urban and rural communities,” Franssen-Tingley says. “This is happening right across the country and if we are in a small community where people know each other it doesn’t mean this is not happening.”