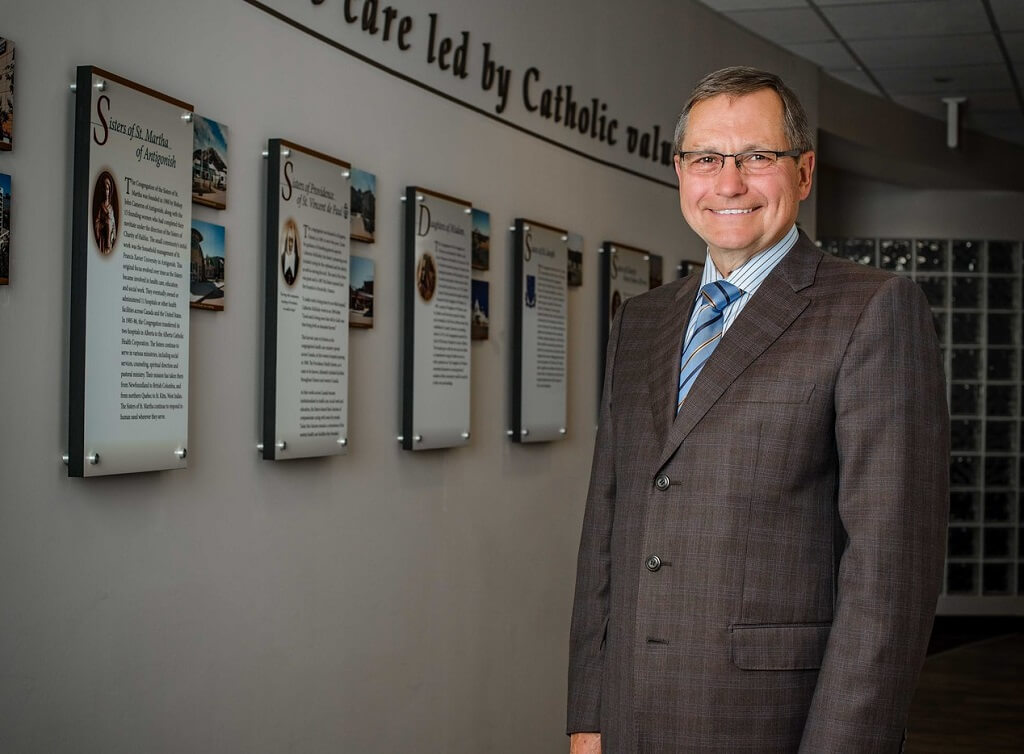 Former Alberta Premier Ed Stelmach will be one of seven individuals invested into the Alberta Order of Excellence this year.

The announcement was made on July 3.

The Alberta Order of Excellence is the highest honour the Province of Alberta can bestow on a citizen and takes precedence over any other provincial honour or award.

It recognizes Albertans from all fields of endeavour and background, who have made an outstanding provincial, national or international impact, and is the highest honour a citizen can receive as an official part of the Canadian Honours System.

“Members of the Alberta Order of Excellence represent the best of our province. Their dedication, innovation and commitment to caring for others serve as a testament to the importance of active citizenship and a powerful reminder of the role we can each play in building a stronger future for our fellow Albertans and for all Canadians,” says Lt.-Gov. Lois E. Mitchell, Chancellor of the Alberta Order of Excellence.

This year’s Alberta Order of Excellence Induction Ceremony is scheduled to be held at Government House on October 15th, 2020, subject to the state of public health restrictions at that time.

“Mr. Stelmach’s admission to the Order is in recognition of his exemplary lifelong service to his local community and to the Province of Alberta, ranging from chairing Covenant Health, to leading local organizations like 4-H and the Co-op, through service as a Reeve and an MLA, then as a Cabinet Minister, and as Alberta’s Premier,” Andrew C. L. Sims Q.C. , Chair of the Alberta Order of Excellence Council, told New Pathway – Ukrainian News.

The grandson of Ukrainian pioneer immigrants, Stelmach was born and raised on a farm near Lamont and speaks fluent Ukrainian. He was raised a Ukrainian Catholic, and continues to attend church regularly, sing in the church choir, and act as volunteer caretaker for the cemetery.

Stelmach spent his entire pre-political adult life as a farmer, except for some time spent studying at the University of Alberta. His first foray into politics was a 1986 municipal election, when he was elected to Lamont County council. A year into his term, he was appointed reeve. He continued in this position until his entry into provincial politics.

In the 1993 provincial election, Stelmach was elected as the Member of the Legislative Assembly (MLA) for Vegreville-Viking (later Fort Saskatchewan-Vegreville). A Progressive Conservative, he served in the cabinets of Ralph Klein—at various times holding the portfolios of Intergovernmental Relations, Transportation, Infrastructure, and Agriculture, Food, and Rural Development—where he developed a reputation as a low-key politician who avoided the limelight. When Klein resigned the party’s leadership in 2006, Stelmach was among the first to present his candidature to replace him. After a third-place finish on the first ballot of the leadership race, he won an upset second ballot victory over former provincial treasurer Jim Dinning.

Stelmach’s premiership was heavily focused on management of the province’s oil reserves, especially those of the Athabasca Oil Sands. He rejected calls from environmentalists to slow the pace of development in the Fort McMurray area, and similarly opposed calls for carbon taxes. Other policy initiatives included commencing an overhaul of the province’s health governance system, amendments to the Alberta human rights code, a re-introduction of all-party committees to the Legislature, and the conclusion of a major labour agreement with Alberta’s teachers.

He retired from politics in 2011 and currently serves as Chairs of Covenant Health and Ambassador for the Ukrainian Catholic Brotherhood of Canada.

Stelmach and his wife, Marie, were honored with a Special Executive Hetman Award by the Ukrainian Canadian Congress – Alberta Provincial Council in 2011 to “honour contributions to the sphere of politics by the former Premier, Ed Stelmach, as well as the dedicated volunteer activities of Marie Stelmach.”

In accepting the award, Stelmach said they were both humbled by the awards because what was done was accomplished with the help of many others.

“It was done because of deep faith in God, loving and unwavering support from our families, starting with our parents growing up. These were values that were learned very early in life – watching our parents helping others less fortunate.”

“We are very proud of our heritage, our faith and our province. As well we are incredibly proud of the very significant contributions of our pioneers to Alberta to Canada. We’re proud the foundation for this very good quality of life that we enjoy today,” he added.

This is especially significant because with all the uncertainty in the world today, we can live in security” not worrying that someone will break through your doors in the middle of the night and take you away to some jail never to be found again.”

He noted that Ukrainian pioneers “overcame the challenges, the isolation, the harsh climate, different language, and discrimination through hard work faith and hope in God,”

A church was the first public building the pioneers would erect in their communities, the school the second, because they placed such a high value on education sacrificing greatly so their children could go to higher institutions.”

That is why he and his wife have created the Stelmach Community Foundation to support children in need across Alberta with charities that receive no support from government, Stelmach said.