Fire Brings Out the Best of Ukrainian Community in Hamilton 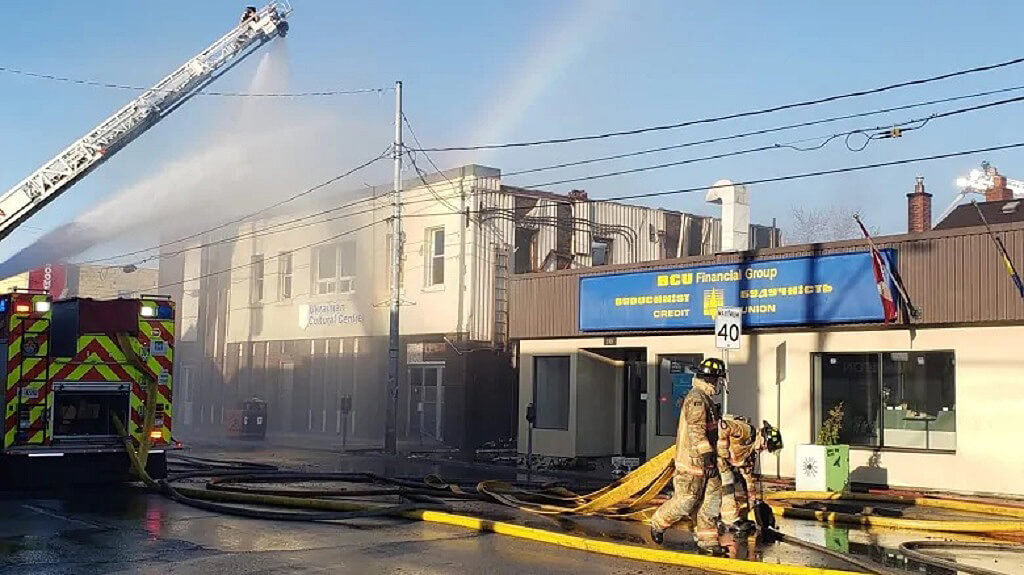 Larysa Zariczniak, President of Ukrainian Youth Association – Hamilton said: “It was heartbreaking and devastating. We grew up in that building and at times spent more time in it than in our actual homes. Our archives, photos, videos and flags were housed there. The Taras Shevchenko Ukrainian School had their weekly classes there and the graduating pictures beginning from 1967 were proudly hung on the walls of the Ukrainian Cultural Center.”

The Ukrainian Cultural Centre also housed the all-female Ukrainian choir, Svitanok, which had their weekly rehearsals in the hall and celebrated their annual Christmas Bazar and Spring Tea there. CYM-Hamilton recently began to host monthly “How to Cook Like Baba” cooking workshops in the hall. The last workshop was on April 12, 2019 when about 20 people met and learned how to bake a paska for Easter.

Zariczniak informed that the loss of the Ukrainian Cultural Centre brought the Ukrainian community in Hamilton together: “The BCU Financial Group has been very accommodating during this time and has given us tremendous support. The Ukrainian National Federation has opened its doors to us, and CYM Hamilton will be holding their Annual General Meeting at the UNF Hall in May 2019. The Ukrainian Credit Union has also offered their second floor as a temporary office space for the Ukrainian Cultural Center. Holy Spirit Ukrainian Catholic Church has opened their classrooms in their school building for the Taras Shevchenko Ukrainian School classes. St. Volodymyr Orthodox Cathedral has allowed Svitanok a rehearsal space in their hall, which has a beautiful piano and acoustics.”

On behalf of LUC-Hamilton and CYM-Hamilton, Zariczniak extended their gratitude and thanks to all of the Ukrainian groups, organizations and individuals who have come out to support them during this difficult time. She added: “We know that we will rise out of the ashes and rebuild.”

Kostyk Sheweli, President of Ukrainian National Federation of Canada – Hamilton Branch, told NP-UN that UNF is ready to help LUC-Hamilton and CYM-Hamilton by all means necessary: “Our function is to help anyone in the Ukrainian community. A disaster like that affects the whole community and we are there at all times to assist. I myself graduated there in the Ukrainian school, so I also lost part of my past there. We offered our help to LUC and CYM without any question before anybody came up. We offered our accommodations to host any of their events, obviously, without cost. Our deepest sympathy goes to these organizations for this terrible thing.”