Deterrence is of the essence 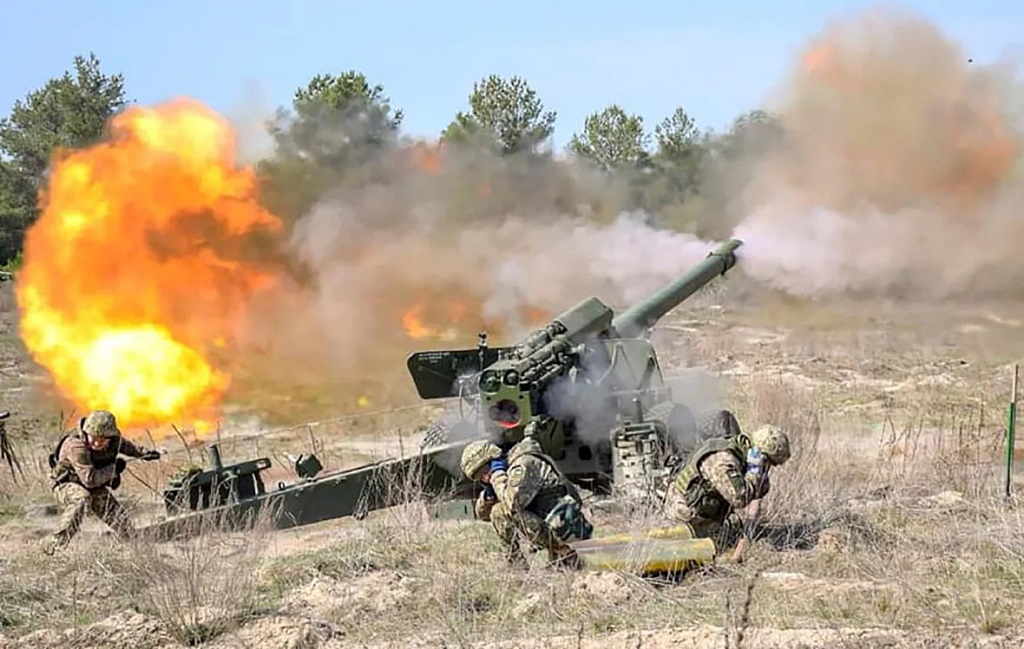 Ukraine needs defensive weapons, and it needs them now.

Ukraine is making it very clear that what is needed most in the face of the continuing buildup of Russian troops on its borders are strong measures intended to deter Russia from any further aggression. This means both a willingness to impose severe sanctions on Moscow – even if they do economically affect the country imposing them — and to supply Ukraine with the arms necessary to defend itself. Nobody is under the illusion that Ukraine could withstand a full-scale Russian invasion – it just doesn’t have enough resources to match those of the Russian Federation. But it could make such an invasion so costly – even to the point of conducting continuous guerilla warfare, that the Russians themselves decide it’s not worth the price. Nevertheless, what the world – and especially the European Union – have to realize is that a full-scale invasion would create a conflagration and refugee crisis that has not been seen on the European continent since World War II. Thus, it is very disconcerting to see cracks within the Western alliance as to how far it should go in deterring any potential Russian aggression.

Such cracks became apparent during a press conference marking U.S. President Joe Biden’s first anniversary in office when he said that it may be difficult for NATO to reach agreement on a response should Russia launch something less than a full-scale invasion of Ukraine.

“It depends on what it does. It’s one thing if it’s a minor incursion and we end up having a fight about what to do and not to do, but if they actually do what they’re capable of doing with the force they massed on the border, it is going to be disaster for Russia,” Biden said.

Biden was swiftly criticized for that remark. Soon after, the White House issued a statement seeking to clarify Biden’s comments, saying that if Russia sends its forces across the border, it will be met with “a swift, severe, and united response from the United States and our allies.” Biden himself reversed the position the following day.

But that statement was quite revealing in that it exposed a rift in the alliance with not all countries willing to take an equally firm stand. The main culprit appears to be Germany – the country that has become so dependant on Russian oil and gas that it needed a second pipeline to transport it. Not only does Germany adamantly refuse to supply Ukraine with any weapons but, according to The Wall Street Journal, it has blocked Estonia from providing them as well by denying export permits for weapons of German origin. This even includes Soviet D-30 howitzers that were left in Germany at the end of the Cold War before being exported to Finland and later Estonia. Ukraine's foreign minister Dmytro Kuleba has accused Berlin of “undermining unity” and “encouraging Vladimir Putin” to attack his country. The Baltic nations have received US approval to send Stinger air defense missiles and Javelin anti-tank missiles to strengthen Kyiv's defences. The United Kingdom has dispatched some 2,000 anti-tank missile launchers, and British surveillance aircraft.

The first shipment of the United States’ $200 million security support package for Ukraine arrived in Kyiv on January 22. The US embassy said the shipment “includes close to 200,000 pounds of lethal aid, including ammunition for the front-line defenders of Ukraine.”

But when it comes to the supply of arms, Canada has been ambivalent. Ukrainian officials stressed the need for Canada to supply defensive weapons during Foreign Affairs Minister Mélanie Joly’s visit to Ukraine January 17-18. “We've heard loud and clear the demands on the part of the Ukrainian government. Many of the officials here have reiterated these demands,” Joly said during a joint media availability with Kuleba. Ihor Michalchyshyn, executive director of the Ukrainian Canadian Congress told CBC News that time is of the essence. “Our main point is to do it now,” he said. “Russia will be deterred if Ukraine has assistance now, not after an invasion. It's going to be too late to send Ukraine satellite systems and missiles if the Russians have already invaded.”

Yet, on January 19 Prime Minister Justin Trudeau said that his government is considering whether granting Ukraine's request for arms risks giving Russia a pretext for invasion. Really? If Russia wants a pretext for invasion, it will manufacture a provocation just as Nazi Germany did when it invaded Poland on September 1, 1939. The U.S. has already identified a number of potential “false flag” operations. Whatever small amount of arms Canada ships will not be the tipping point.

Murray Brewster of CBC News reports that Canada will make a decision on sending military aid to Ukraine following a virtual cabinet retreat scheduled for January 24 to 26. Among the military supplies Canada is considering sending are small arms, protective vests and goggles, two sources told him. Those items would be part of a package of both “lethal and non-lethal equipment.”

Frankly, that doesn’t sound like much compared even to what the tiny Baltic states have committed to supplying Ukraine. While we are grateful for all the assistance Canada has provided to Ukraine since Russia first invaded in 2014, especially Operation Unifier, and the $120 million to support Ukraine’s economic resilience and governance reforms, which was announced on January 21, we have to point out that it may all come to naught should Russian tanks start barrelling towards Kyiv or Kharkiv or Kherson. Ukraine needs a strong arsenal to deter Russia from any further aggression and it needs that arsenal now.