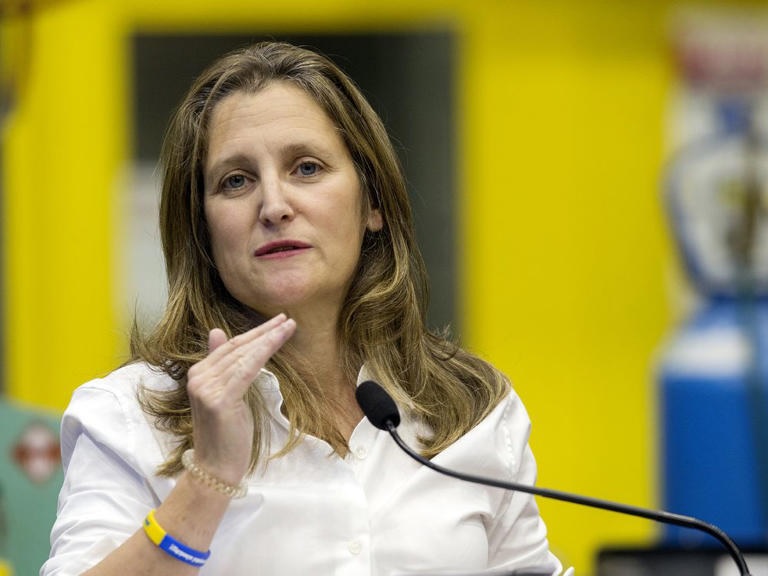 Freeland, who’s also Canada’s finance minister, was in Edmonton Thursday to give a speech at the International Brotherhood of Boilermakers about the economy, inflation and a green transition. But, she also responded to a question about posts Smith made on the right-wing social media site Locals.com.

Freeland, who brandished her Ukrainian bracelet over the lectern, said she had heard from Ukrainian friends and family in Alberta about Smith’s earlier comments, and warned against the influence of Russian disinformation.

“I think that was deeply hurtful to Ukrainian Canadians here in Alberta, and also frightening,” said Freeland. “Russia spends a huge amount of money on disinformation. And we really mustn’t be naïve about that, we have to be very, very critical.”

While Smith’s initial statements blamed the media and New Democrats for politicizing her statements, she apologized on Tuesday.

She said her comments were from before she re-entered politics and were “ill-informed.”

“I categorically condemn the Russian invasion of Ukraine and the indescribable suffering Russia has and still is inflicting upon the Ukrainian people,” she said in a statement posted to Twitter. “My knowledge and opinion of this matter have drastically evolved since that time and I apologize for those previous comments.”

On her Twitter feed Thursday, Smith posted a photo of herself meeting with Oleksandr Danyleiko, Ukraine’s consul-general in Edmonton.