Dancing for a cause: Renowned Ukrainian group forges ahead with Canadian tour 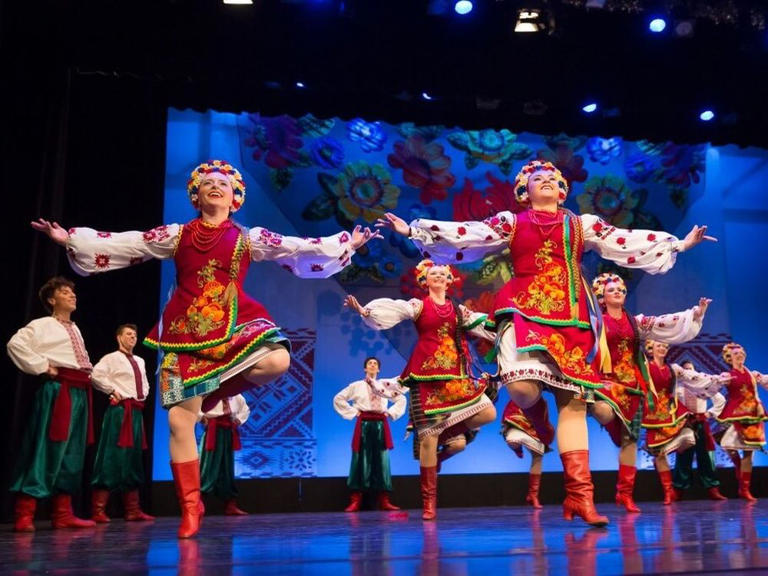 Kasia Podilsky knows exactly where she was when Russian President Vladimir Putin launched his assault on Ukraine in February.

Podilsky was walking into an Edmonton studio to rehearse with the Alberta-based Cheremosh Ukrainian Dance Company when reports of the war began to spread, bringing their rehearsal to a sudden halt.

“I will never forget it,” said Podilsky, who entered the change-room as her fellow dancers were staring at their cellphones in disbelief.

“We were all so shocked.”

As the shock turned to horror, they broke the news to artistic director Mykola Kanevets, who was born and raised in Ukraine. He initially decided to continue the rehearsal, but it didn’t last long.

“I remember crying my way through the dance,” said Podilsky, 28. “We ran it one time and then we stopped. We ended the rehearsal because we couldn’t keep going. We all sang Ukraine’s national anthem before we left and went home. It was very powerful and very scary.”

It also raised an important question: Should they cancel the upcoming tour or forge ahead?

Without hesitation, they chose the latter.

“The answer became very clear, very fast,” Podilsky said. “Putin is trying to erase Ukrainian history and Ukrainian culture. Russia has a long history of trying to do that. We have to show that Ukrainian culture is strong — our roots are strong.’ The obvious choice was to keep dancing strongly and unified and that’s what we’ve been doing.”

Cheremosh is currently wrapping up the last leg of its first tour since the COVID pandemic. One of the final stops is Saturday night at the Conexus Arts Centre, where a Regina audience will be treated to “bright, colourful costumes, amazing acrobatics, very intricate and incredible choreography, and high-energy performance,” said Podilsky, who added that the show is theatrical as well as musical. “It has the energy of a Broadway show, with the experience of a dance production.”

Cheremosh performed at numerous fundraisers in Edmonton prior to going on tour, where donations for the humanitarian effort are being accepted at each venue.