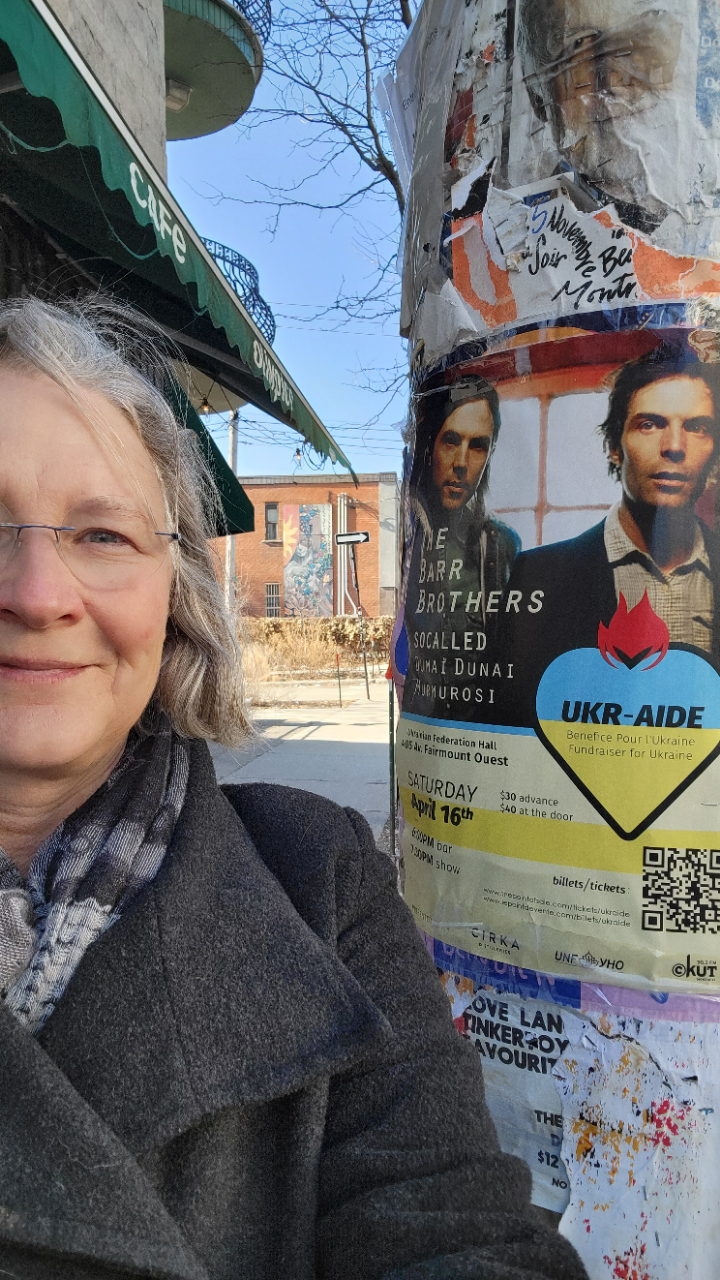 Ever since Ukrainian Canadian Congress (UCC) and Canada-Ukraine Foundation (CUF) established a Ukraine Humanitarian Appeal to help alleviate the humanitarian crisis ensuing from further Russian invasion of Ukraine, the Montreal branch of Ukrainian National Federation has been collecting funds for the cause.

The list of events that UNF Montreal has held and is planning to hold is impressive:

March 6: Jazz music concert featuring Bohdan Humeniuk quartet and Murmurosi raised $50,000 for the Appeal, including $20,000 from UNF Montreal. The event resulted in widespread press coverage;
March 19: L’Atelier lyrique de l’Opéra de Montréal “Chante pour l’Ukraine” concert :
March 30: Borsch online cooking with UNF-Montreal President Kathy Smolynec;
April 16: “Ukr-Aide” fundraising concert (lead organizer Kaitlyn Urquhart; featuring the Barr Brothers, Socalled, Dumai Dunai, Murmurosi)- raised $20,000 and had a widespread press coverage;
May 1: UNF-organized meeting with newcomers to Montreal “Reunion des Ukrainiens nouvellements arrives”;
May 3: Literary theatre event “Paroles ukrainiennes” at Centaur Theater with UNF matching donations up to $5,000;
May 15: Children’s event (fundraising).
Every Thursday: Адаптація by Stozhary Theater support group. The theater group had been preparing a comedy to be premiered in May, but given the circumstances of the war, instead of practices for their play, they have been holding support and discussions with members of the community.

On top of all that, UNF Montreal:

Financed ads on STM Metro to encourage donations to Canadian Red Cross (co-financed with Caisse Desjardins) resulting in over $300,000 in donations;
Supported Komitet Dopomohy for the purchase and shipment of medical tourniquets.

UNF Montreal also can be proud of the large swath of other recent activities:

Over the past two months that the war has been raging in Ukraine, UNF-Montreal president has made over 10 press interviews by the media about the events and the Ukrainian Canadian community.
Nadia Demko, on behalf of UNF-Montreal Cutural Committee has sent Letters to La Scena and La Presse about the Russian cultural propoganda.
With files from UNF Montreal