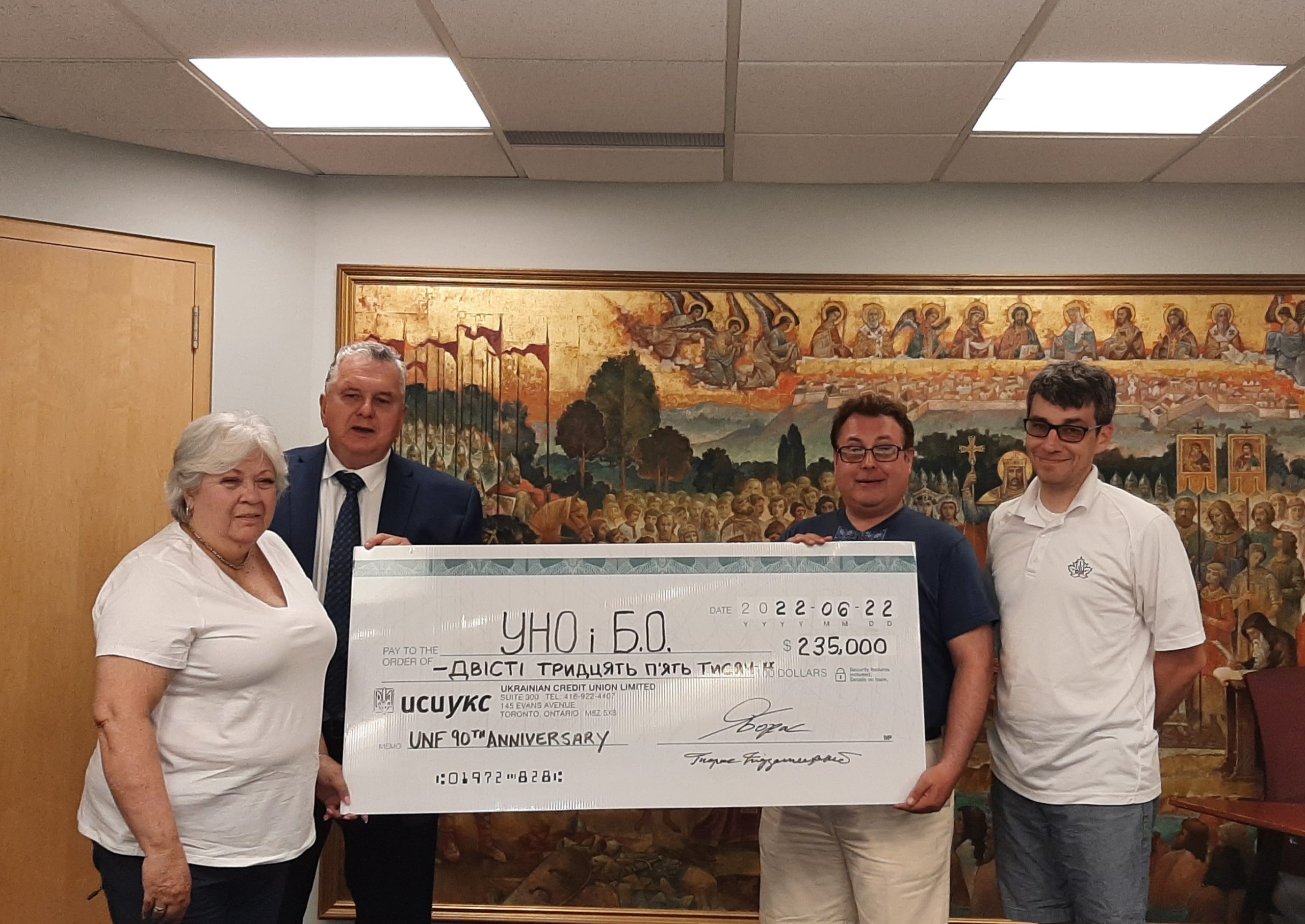 Taras Pidzamecky, Ukrainian Credit Union Limited CEO, and Slawko Borys, UCU Board Chair, attended the Ukrainian National Federation of Canada AGM on June 22, 2022 and announced a series of donations to UNF and affiliate organizations, the UNF Foundation and the New Pathway – Ukrainian News Press Fund totalling $235,000, on the occasion of the 90th Anniversary of the UNF.

Taras Pidzamecky outlined that Ukrainian Credit Union Limited is the largest Ukrainian Canadian credit union with $1.2 billion in assets and 16 branches and service locations across Ontario. He went on to credit UNF and its forerunner, Ukrainian War Veterans Association (UWVA), for founding the Ukrainian Canadian cooperative movement, including UCU which was established by UNF Toronto in 1944. UCU made the 90th anniversary donations to UNF as a way of giving back to the organization that gave it birth.

UWVA gave impetus to the establishment of the first Ukrainian Canadian cooperative, the Kalyna Book cooperative in Winnipeg in 1930. UWVA members within UNF would go on to organize a series of credit unions to economically support and uplift the Ukrainian Canadian community, starting with New Community Credit Union in Saskatoon in 1939. Carpathia Credit Union in Winnipeg was founded by UNF Winnipeg in 1940, while UNF Hamilton founded the first Ukrainian credit union in Ontario in 1943, which in recent years became a branch of UCU. In Montreal, the UNF Kasa was the first of three Ukrainian caisses populaires in the city that went on to unite to form the Caisses Populaire Desjardins Ukrainienne de Montreal.

New Pathway – Ukrainian News expresses its gratitude to UCU for the generous $20,000 donation to its Press Fund.

Note from UNF President and NP-UN Board Chair Jurij Klufas

“Ukrainian National Federation of Canada is grateful to UCU for its unprecedented donation. As the UNF West Toronto president, I also thank UCU for the $8,000 donation to the branch and the $15,000 for our Ridna Shkola.”