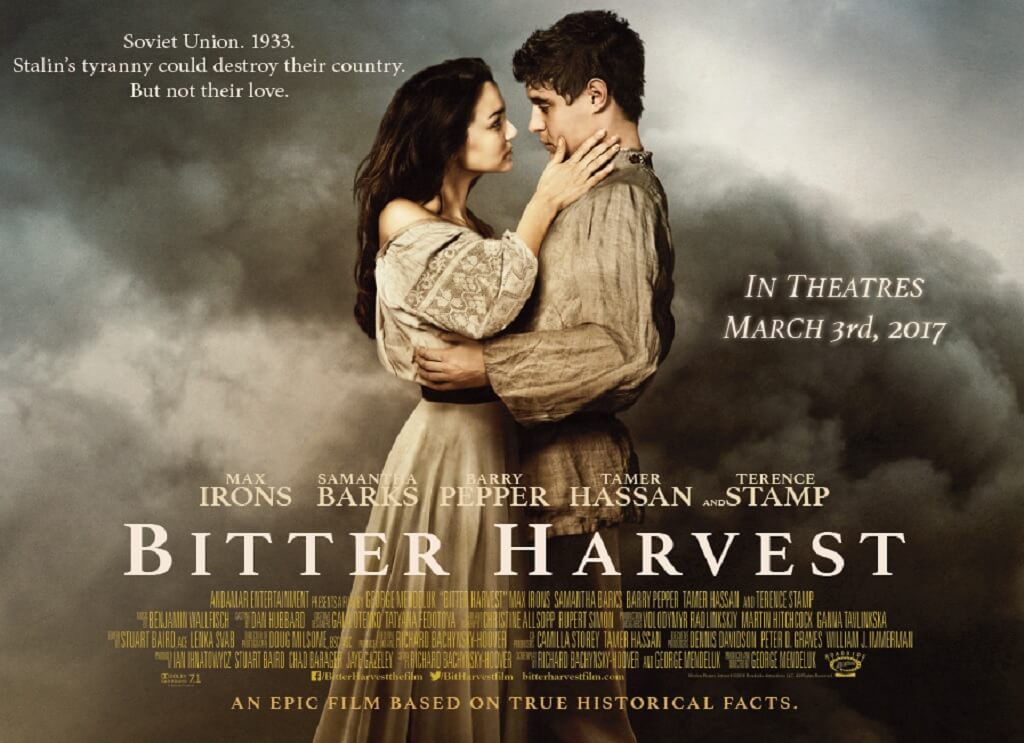 My godmother, Nina, told me the truth. When I shared it with my high school history teacher he told me she was mistaken, or had lied. I was upset. I asked my parents who was right.

They gave me a book, Russian Oppression in Ukraine, which included first-hand accounts about the famine of 1932-1933. I still have that very same green-covered volume. My first encounter with it was brief. I slammed it shut, shuddering at the photographs inside – the remains of famine victims being heaved into a cart, the bodies of raped-then-murdered women jumbled on a bed, a massacred community’s corpses exhumed to identify their killers. Even though I looked away quickly it was too late – a Pandora’s Box of nightmares was freed. Those images, glimpsed decades ago, burdened me. Only a few minutes ago I dared look again. They remain harrowing.

The essay I penned got a poor grade. Defiantly, I presented the book to my teacher. Disdainfully, he gave it back, dismissing it as “anti-Soviet propaganda.”

He was right. It was. It was also true. It just took a half-century to confirm.

What brought this decades-old high school reversal to mind was a new film, Bitter Harvest, based on the original script of Kingston’s Richard Bachynsky-Hoover, now a resident of Kyiv. I managed to get a preview. As the film ended I glanced around the theatre. Some quietly cried. Others seemed uncertain about how to react. I know why. It’s beautifully filmed, a love story about Natalka (Samantha Banks) and Yuri (Max Irons), set in an almost Edenic landscape saturated with colours evoking a verdant and fruitful life. Very soon however, almost imperceptibly, it begins to soil, as the brutality of the Bolshevik occupation of Ukraine metastasizes Europe’s breadbasket into a modern-day Golgotha, a place of skulls. Can love survive such corrupting foulness? I don’t know.

More than four million people perished during the Holodomor – after Moscow’s minions stripped Soviet Ukraine of food, exporting grain even as widespread hunger took hold, sealing the borders to prevent anyone leaving or aid getting in, all while insisting there was no famine. Then Stalin’s shills buried the truth about one of the greatest genocides to befoul modern history, their dissembling succoured by scribblers like Walter Duranty of The New York Times, who claimed: “There is no actual starvation or deaths from starvation, but there is widespread mortality from diseases due to malnutrition.” Privately, Duranty told British diplomats “as many as ten million people” died. Yet London never exposed this great Soviet lie. Why? In June 1934 the Foreign Office’s Laurence Collier provided their humbug of an excuse for posterity: “The truth of the matter is, of course, that we have a certain amount of information about famine conditions … We do not want to make it public, however, because the Soviet government would resent it and our relations with them would be prejudiced.”

No wonder my teacher knew nothing about this man-made famine. Many still don’t. Stalin’s successors in the Kremlin remain Holodomor-deniers while fellow travellers in the West call upon the world to turn a blind eye to continuing Russian imperialism against Ukraine, lest we offend the “Great Russians.” Director George Mendeluk’s film will challenge those fake news peddlers. So I’d wager Mr Putin won’t want you to see Bitter Harvest. I pray President Trump does.

It’s haunting. Scenes portray doomed Ukrainian insurgents charging their oppressors, a boy pawing desperately at dirt barely covering his mother’s just-buried remains, a fleeting shadow of self-doubt on a Red Army man’s face in a firing squad executing innocents, desperate people doing whatever they must to live, even collaborating with the very Communists who were their killers. Millions of Ukraine’s best sons and daughters were disposed of unceremoniously, tipped into collective boneyards. The survivors were leavings, entombed in a post-genocidal society, victims of a crippling legacy still unexorcised.

After Nina died I helped clean her house. Every kitchen shelf was over-stocked with non-perishable goods – bags of flour, sugar and canned preserves – supplies sufficient to sustain anyone for months. Dusk fell as we harvested. Her home slowly hushed. I grew disquieted in this silence, calling to mind her gentle whispering about the glutinous human flesh eaten in her village during the famine. Faced with this abomination she scavenged worms and weeds rather than sup on what others devoured. She swore never to be without food again. That’s how Nina saved her soul and spoke the truth about Ukraine’s bitter harvest. As for the food we took from her home that autumn day it went to a local food bank, to feed the hungry. She would have liked that.