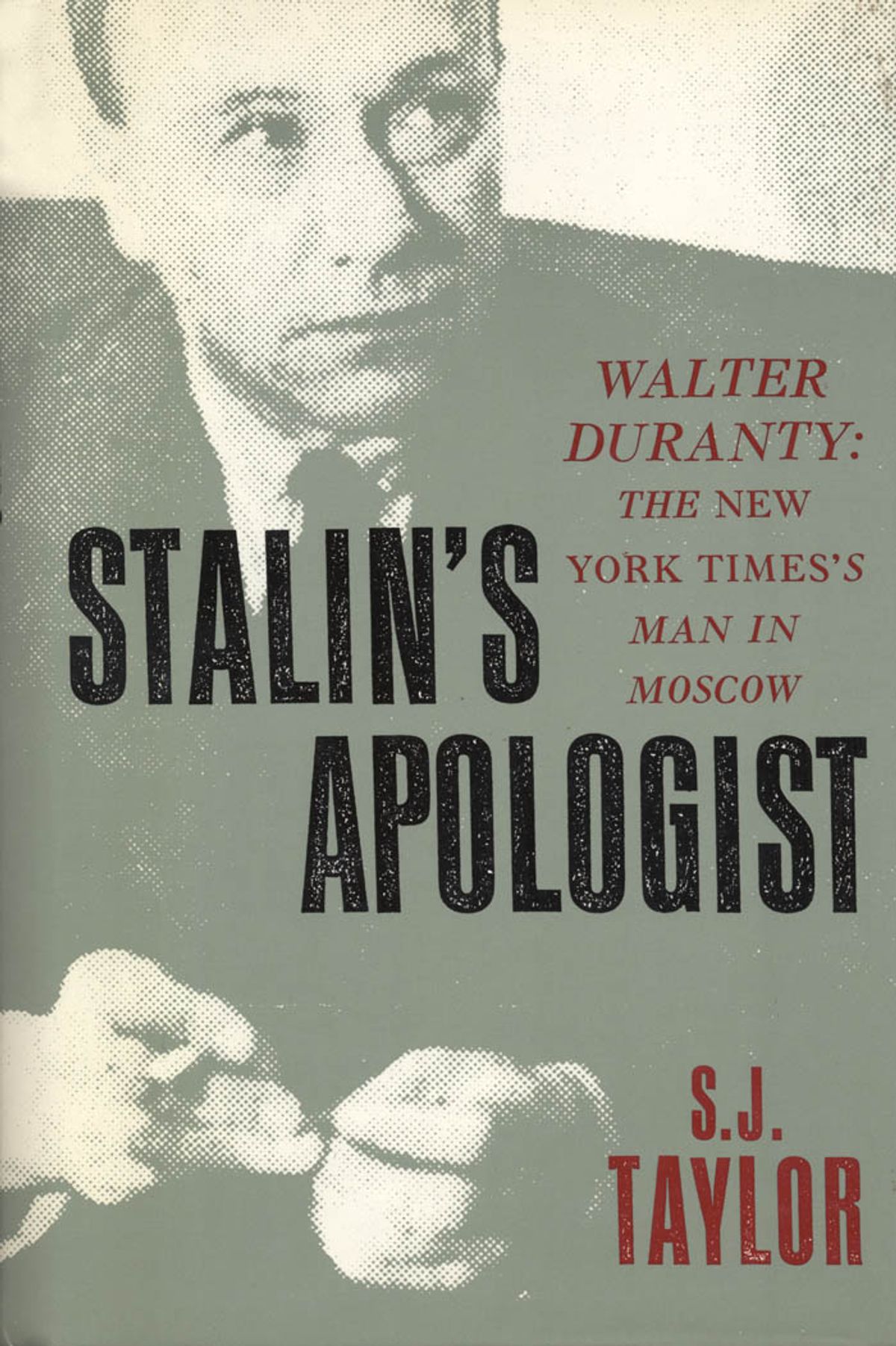 The U.S. Committee on Ukrainian Holodomor-Genocide Awareness has started a petition calling upon the Pulitzer board to rescind New York Times reporter Walter Duranty’s 1932 prize.

Duranty was the recipient of the prestigious award in 1932, for his reporting of Joseph Stalin’s collectivization program, which was the instrument of the Holodomor and led to the killing of 7-10 million Ukrainians.

As the committee states: “The Pulitzer Prize is a distinguished and highly coveted award given to deserving journalists who stake their reputation on the truth. In Duranty’s case, it was given to a man who did not live up to any standards of the award, but instead spread false news worldwide and promoted the legitimacy of the Soviet Union. He was responsible for the biggest cover-up of the century, the Holodomor, Ukraine’s Famine, a genocide that killed millions of starving Ukrainians.

“As a subcommittee of the US Committee on Ukrainian Holodomor-Genocide Awareness, our focus is on the revocation of the Pulitzer Prize through information and engagement, questioning why the Pulitzer Committee, after over 20 years of evidence of falsifications of truth, shoddy journalism and precedence of revocation, still does not want to do the right thing.”

This is just the latest initiative calling for the revocation of Duranty’s prize. It basically started in the 1980s when books such as Robert Conquest’s Harvest of Sorrow: Soviet Collectivization and the Terror-Famine exposed the Holodomor in an extensively researched scholarly work and when the US Congress set up the US Commission on the Ukraine Famine. Its findings were delivered on April 22, 1988. The final report to Congress found that the man-made famine was an act of genocide against the people of Ukraine carried out by the Soviets. At its final meeting on April 19, 1986, Commissioner Ulana Mazurkevich condemned the actions of Duranty, who knowingly sent out false dispatches about the famine to The New York Times.

Yet another volume which was to have an impact was Sally J. Taylor’s Stalin’s Apologist (1990), a critical biography of Duranty. This prompted the New York Times to assign a member of its editorial board, Karl Meyer, to write a signed editorial about Duranty’s work for the Times. In a scathing piece, Meyer said that Duranty’s articles were “some of the worst reporting to appear in this newspaper.” Duranty, Meyer said, had bet his career on Stalin’s rise and “strove to preserve it by ignoring or excusing Stalin’s crimes.” Despite this, Sig Gissler, administrator of the Pulitzer Prize board, declined to revoke the award. In a press release of November 21, 2003, he stated that with regard to the 13 articles by Duranty from 1931 submitted for the award “there was not clear and convincing evidence of deliberate deception, the relevant standard in this case.”

That is a cop-out if there ever was one. For one thing, Duranty’s articles were fawning tributes to Soviet dictator Joseph Stalin. He did this to curry favour. Not only did his tributes give him greater access to Stalin, but also a life of luxury with access to all the privileges and perks allowed for the elite in the USSR.

For another, his crimes go far beyond simply lying in his reports. He attacked honest journalists like Gareth Jones and Malcolm Muggeridge who wrote the truth about the famine. And because of his reputation which was bolstered by his Pulitzer, most of the Western world believed him and not Jones and Muggeridge. In fact, Duranty’s reporting prompted U.S. President Franklin Delano Roosevelt to recognize the USSR in 1934.
What would have happened had people known the truth? Would the USSR have been recognized by the USA? Would Western nations have bought the grain Stalin exported to the West knowing that it was confiscated from starving peasants? Would pressure have been brought upon the USSR to stop the genocide? How many millions of lives could have been saved? No one knows because most of the world believed the propaganda that was disseminated by the Soviets and Duranty.

That makes him complicit in this act of genocide. And it is not as if he didn’t know what was happening. In 1934 he privately reported to the British Embassy in Moscow that as many as 10 million people could have died. “The (sic) Ukraine had been bled white. The peasants were dying off like flies.” Houses stood open, corpses were stacked up, he added.

Duranty is a disgrace to the New York Times.

Duranty is a disgrace to the Pulitzer Prize.

Duranty is a disgrace to honest journalists all over the world.

Duranty is a disgrace to the human race.

If the Pulitzer Prize board has any sense of decency and respect for its own principles, then Duranty’s prize must be revoked.

Therefore, we urge our readers to sign this petition. You don’t have to be a U.S. citizen to do so. As of June 12, over 2500 people had signed the petition and the number was mounting quickly. The U.S. Committee on Ukrainian Holodomor-Genocide Awareness has set itself a target of 5,000 signatures, but we would like to see many more. We have a point that needs to be emphasized as strongly as possible.

So please sign this petition and pass the information on to your friends so that we can get as many signatures as possible. To do so, go to: