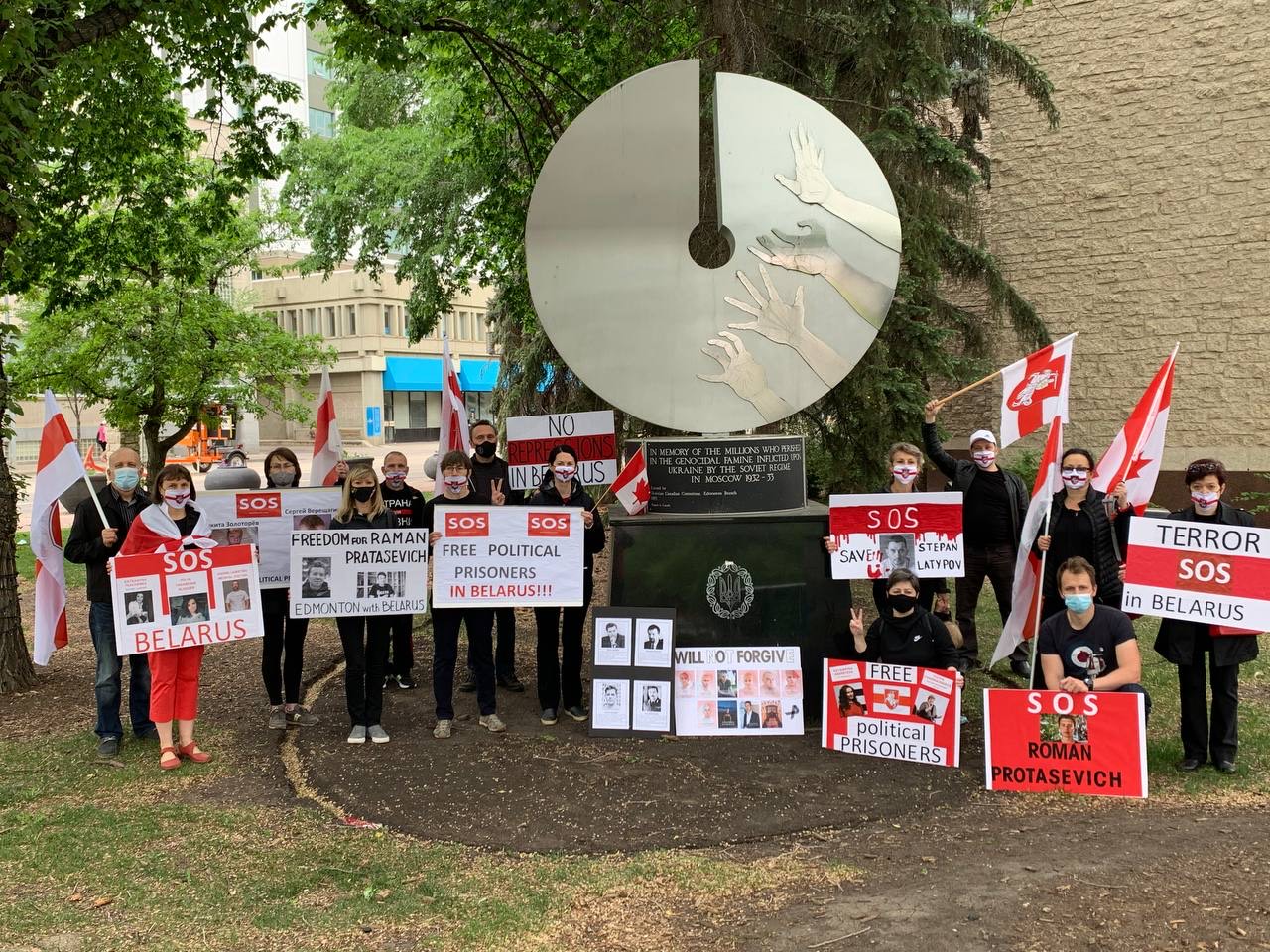 A pandemic-restricted group of 15 members of Edmonton’s Belarusian community rallied in support of kidnapped journalist Raman Pratasevich and democracy in Belarus, June 5.
Pratasevich was arrested on May 23 after his Ryanair flight from Athens to Vilnius was forced to land in Minsk after being intercepted by Belarusian MIG fighters.

Belarusians have been protesting since August 9 of last year when disputed presidential elections gave dictator Alyaksandr Lukashenka a third term.

The elections have been declared fraudulent by the opposition and Western democracies.
The demonstration started at the Holodomor Monument in front of Edmonton’s City Hall and continued on to 100th Street and Jasper Avenue, where participants formed chains of solidarity.

“We were recalling the tragedies that should not happen again,” Anastacia Morozova, one of the organizers, told New Pathway – Ukrainian News.

“The Holodomor Monument reminds us of the crimes against humanity which were committed by the Soviet regime. To some degree there are parallels between what has been happening in Belarus lately and the events at the beginning of the 1930s in the Soviet Union: repressions, tortures and murders – all meant to quash dissent. The famine was intended to destroy Ukrainians as a cultural entity and eradicate the independence movement.

“In Belarus, after the noticeable revival of the Belarusian language and culture in 1920s, what happened next was the total elimination of the cultural and intellectual elites. It is estimated that between 1917 and 1953 about 250,000 people were victimized for political reasons. However, we might see its real scope only after declassifying secret records. Nowadays the independence movement in Belarus is grappling with the dictatorial regime of Lukashenka. At the same time the Kremlin is pushing political and economical integration with the aim of turning Belarus into six Russian provinces,” she added.

Demonstrators also stopped in front of the CBC/Radio Canada building in downtown Edmonton where they were interviewed for the French-language network.