The last week’s spat between Prime Minister Justin Trudeau and the leader of opposition Erin O’Toole about inflation and monetary policy has clarified the positions of both parties regarding these issues.

On August 19, at the press conference in Vancouver, Trudeau said that he doesn’t think about monetary policy as “the biggest, most important economic policy” for his government. He also declined to make a direct comment on inflation because he “fully respects the Bank of Canada’s role in setting monetary policy”.

These comments likely mean that a new Liberal government would not interfere if the Bank of Canada were to propose a more flexible approach to inflation by, for example, emphasizing on a 1%-3% inflation range rather than keeping a strict 2% target, or by introducing the Bank’s employment mandate that would include a broad range of employment metrics into the decision-making regarding interest rates.

The Conservative “Canada’s Recovery Plan” does not say anything about the party’s approach to monetary policy. But, following Trudeau’s remarks, the party’s leading speakers were more specific on the issue: Erin O’Toole said on August 19 that the 2% inflation target should be preserved while Pierre Poilievre (Carleton, Ontario) actively criticized Trudeau’s ambivalence regarding inflation. In his comment for NP-UN, he confirmed the Party’s position on the 2% inflation target. 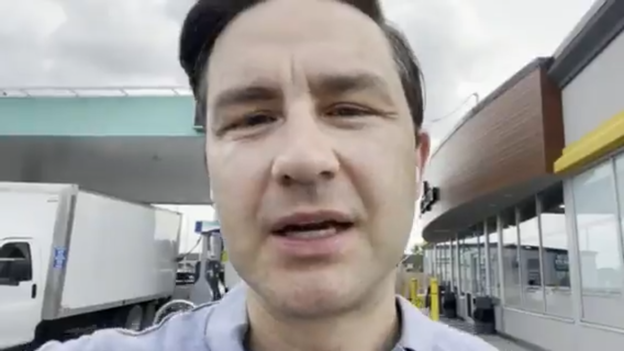 The Liberal’s priority, as articulated by Trudeau in the now-famous answer during the press conference on August 19, is “to invest in supports for families, for students, for seniors”. These investments are made possible by the abundant government stimulus financed largely by the Bank of Canada, which purchased around $350 billion in government bonds over the first year of the pandemic.

The large stimulus, Conservatives argue, increases inflation that hurts all Canadians. The inflation rate (Consumer Price Index, CPI) of 3.7% in July was the highest in a decade.
As high as this CPI number may seem, Professor Sylvain Charlebois, with the Agri-Food Analytics Lab at Dalhousie University in Halifax, believes that the actual food prices inflation is much higher than the reported number (1.7% in July) and is in the range of 7%-8%. According to Charlebois’ estimates, that translates into over $800 that a family of four has to pay more for groceries a year.

The house price inflation (22% over 2020 in July across Canada) is not yet fully reflected in the StatsCan’s shelter costs inflation (4.4% over 2020 in July) because of the continuing low interest rates. Once mortgage interest costs and property taxes go up, the growth of housing prices will have a larger effect on CPI. But housing affordability, as calculated by RBC, is already at its worst level since 1990, with ownership costs reaching 52% of median household income in the first quarter of 2021.

Is rising inflation an appropriate cost to pay for economic stimulus during the pandemic?
In his comment for NP-UN, Pierre Poilievre criticized “expensive” Liberal spending, which he believes does not provide enough value.

“We are creating cash, but we are not creating the stuff that cash buys”, he said. He spoke of the need to reduce regulatory hurdles that, in his opinion, inflate costs of building materials, food and gasoline in Canada. He also pointed out that the number of job vacancies hit a new record in the first quarter of 2021 at 600,000, despite high unemployment and the government’s spending to boost hiring.

Some share of the current high unemployment is due to continuing public health concerns and the full effect of the Liberal spending to boost hiring would become clearer after the pandemic subsides. The overall costs of the party’s new spending initiatives will be provided later in the election campaign.