Ontario invests into training of thousands of PSWs. The government is ready to consider Ukrainian community’s experience in running long term care homes 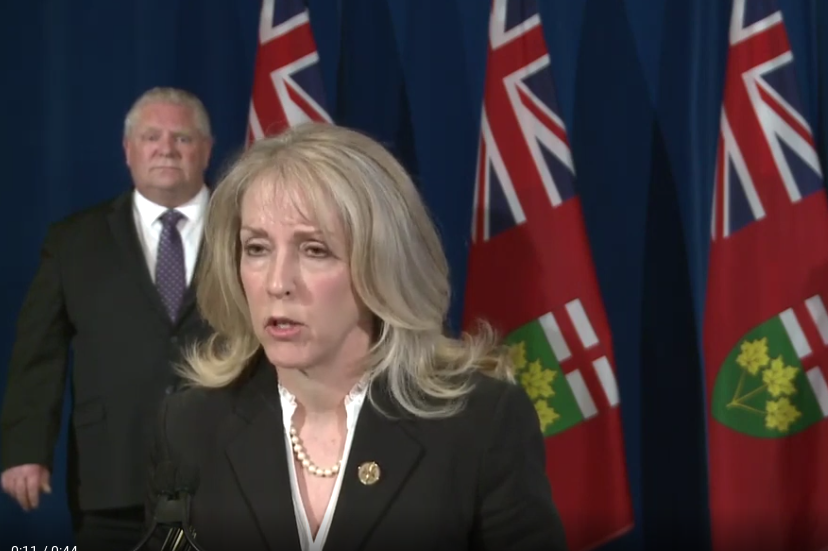 Ontario’s long-term care system has been badly affected by COVID-19 outbreaks. In late 2020, the province’s government committed to implement a new standard of the average daily direct care per resident of the system to four hours a day. This unprecedented change in resident care will require hiring and training of thousands new personal support workers (PSWs).

Last week, the government announced the investment of over $115 million to train up to 8,200 new PSWs, as part of the government’s Long-Term Care Staffing Plan. In collaboration with Colleges Ontario, all 24 publicly assisted colleges will offer this program starting in April 2021.

The Accelerated PSW Training Program is a tuition-free opportunity for 6,000 new students and will take only six months to complete, rather than the typical eight months. After three months of coursework and experiential learning in a clinical setting, students will complete the final three months in paid onsite training.

The province is also offering tuition assistance to students who are close to finishing an existing PSW program at one of Ontario’s publicly-assisted colleges. Nearly 2,200 students will be eligible to receive a $2,000 tuition grant to help them complete their studies, as well as a stipend to complete the clinical placement part of their training.

The overall investments to increase the hours of direct care for residents to an average of four hours per day is $1.9 billion annually by 2024-2025.

Better standards of care in the Canadian long-term care system have been in focus of the Ukrainian Canadian Congress which has offered its assistance in helping the Federal Government develop such standards (see NP-UN’s story “Ukrainian community has much to offer in dealing with COVID” from October 2, 2020).

“During the COVID-19 pandemic, the 40 Ukrainian long-term care homes across Canada have seen better health outcomes and higher rates of life satisfaction for seniors and their families than have comparable for-profit institutions. This is borne out by evidence-based policy studies of long-term care facilities,” stated Ihor Michalchyshyn, CEO and Executive Director of UCC National in a September 24 letter to Prime Minister Justin Trudeau.

“The UCC is ready to work with the Government of Canada to identify experts, stakeholders and practitioners in our community that ensure that the experience of these long-term care homes is integrated into the development of national standards for all Canadians,” he added.

This included segregating the Retirement Home wing from the independent living apartment wing, and restricting access to the first-floor common spaces to Retirement Home’s residents only. Strict measures have been enforced regarding visitation of residents, and all employees must work only in that residence.

Recently, the residence opened the new visitor centre which incorporates two isolated rooms to allow the relatives to visit the seniors.

As a result of all these measures, the residents of the Homes remain COVID-free.
The Ivan Franko Homes with facilities in Etobicoke and Mississauga implemented a comprehensive pandemic plan before the Ontario government declared a provincewide state of emergency.

This included the requirement to the staff to only work at one facility. The residence also requires all private caregivers and personal support workers to work at one facility only which helps reduce the risk of virus transmission and improves time management. This is a practice that other seniors homes are now trying to emulate and that the provincial government is striving to ensure.

During the Minister of Long-Term Care Merrilee Fullerton’s conference call with the ethnic media, NP-UN asked whether the provincial government would be willing to consider what UCC has to offer in terms of the Ukrainian community’s experience. Fullerton welcomed the suggestion and said, “we’re absolutely open to understanding the situation in great detail”.
She said that one of the major driving factors of the severity of outbreaks in seniors homes is the number of people in ward rooms. Last year, Ontario issued a directive for long-term care homes which commands that both new admissions and re-admissions can occur if the resident is placed in a room with no more than one other resident. To ensure this kind of standard, the province is committed to bring 15,000 new long term care spaces on board over five years.