James Maloney – always in our support 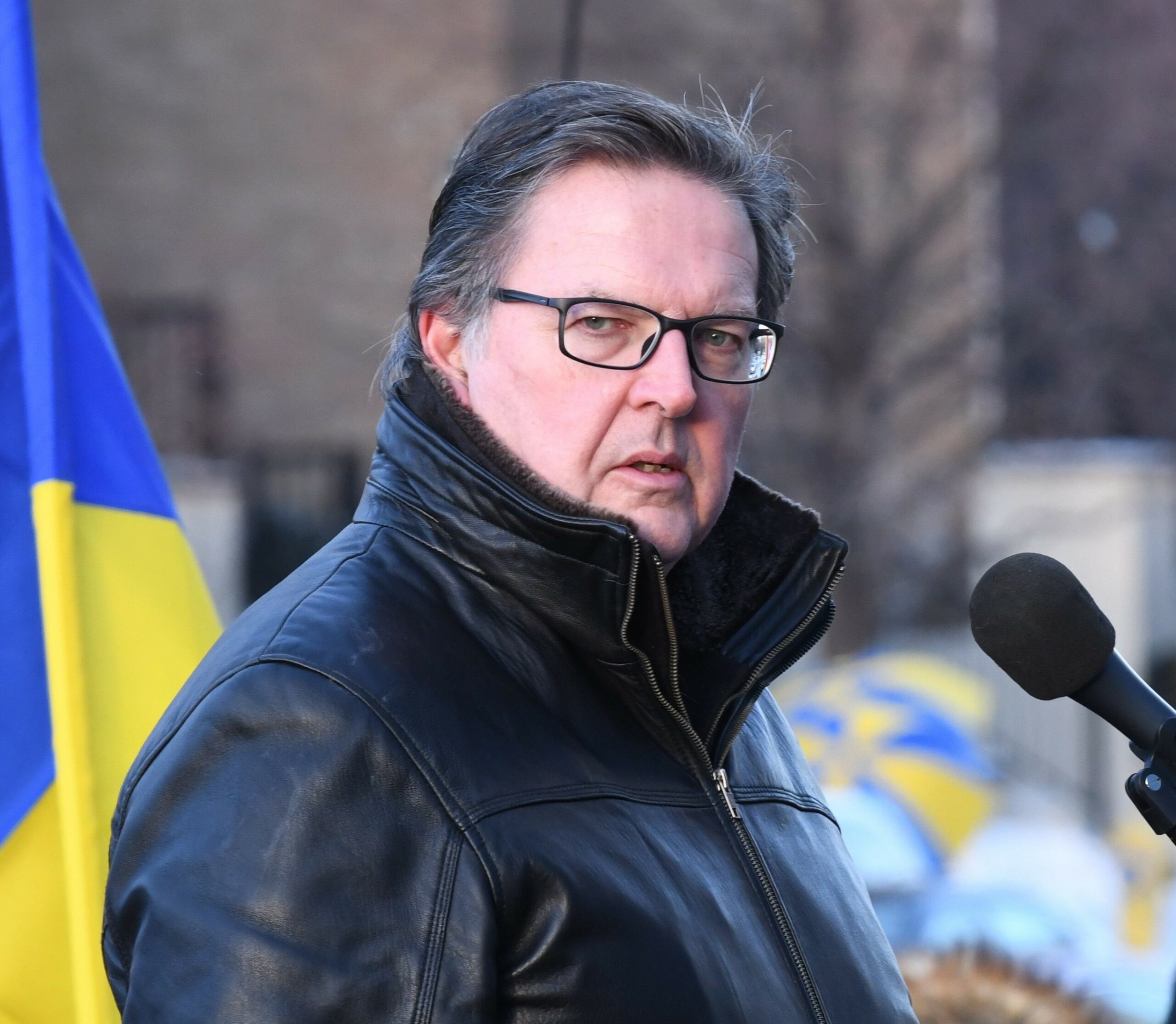 You can see James Maloney – the MP for Etobicoke-Lakeshore – at the majority of Ukrainian events in Toronto – rallies in support of Ukrainian Armed Forces, at the Holodomor commemorative services, the Independence Day celebrations, festivals and fundraisers. Despite having no Ukrainian ancestry, he is always supportive of the Ukrainian causes.

During his beginning of the year 2023 levee, which was held at The Royal Canadian Legion on Jutland Rd in Etobicoke, James Maloney paid a special tribute to the Ukrainians. In his word, he recalled his previous levee in January 2020. At that time nobody expected these years of close-down. Since then, the world has changed with all the measures of the pandemics and with the unprovoked Russian aggression against Ukraine.

Maloney also mentioned the tragic incident of the Flight 752, coming from Iran to Ukraine in January 2020, where 85 people who lived in Canada perished, 55 citizens and 30 permanent residents.

In the difficult times, said James Maloney, he was surprised, how many people have approached him not asking for help, but asking, what they can do to help people who are facing challenges. Maloney expressed his gratitude for that and received the applause for these words.

In just in a month time, there will be a sad anniversary of Russia’s full-scale invasion of Ukraine. Maloney said that there is is no need to explain to anybody living in Etobicoke, how important the Ukrainian community is. Born in Thunder Bay, moved to Toronto as a young boy, Maloney praised Ukrainians as part of his life since he was born – they have been his neighbors, classmates, teammates, friends and the important part of who he is.

What’s happening in Ukraine today – the fierce fighting, missile strikes on homes and civilian infrastructure – is also striking all of us, said Maloney, and we have to stand with Ukraine. Some say, Canada is giving to Ukraine all it can, but still Ukraine’s needs are bigger, and we can do more, he said. And we cannot stop until the war is over, with rightful end, when Russa gets out of Ukraine. And the Canadian government will keep that in mind, reinforcing our friends in Ukraine and members of Ukrainian community here in Etobicoke-Lakeshore.