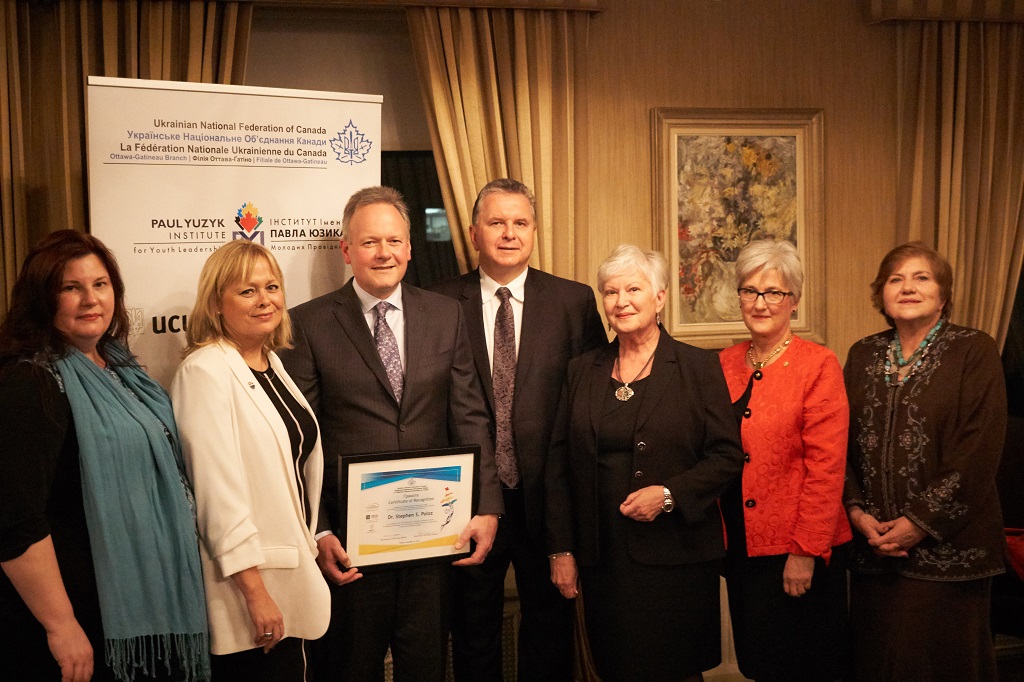 On November 29, 2016, UNF Ottawa-Gatineau hosted a successful Meet & Greet Reception at the Rideau Club with special guest, Stephen Poloz, Governor of the Bank of Canada.

Vicki Karpiak, President of UNF Ottawa-Gatineau, welcomed and introduced Dr. Poloz, who was born in Oshawa, Ontario. He received a BA in economics from Queen’s University and an MA and PhD in economics from the University of Western Ontario. He worked as an Economist at the Bank of Canada and Export Development Canada until his appointment in June of 2013 as Governor of the Bank of Canada.

Dr. Poloz regaled club members with his personal family history. His grandfather emigrated to Canada from Galicia in 1905 as part of the first wave of immigration to Canada and settled in Sudbury, Ontario. His grandmother was of Polish origin. Dr. Poloz's mother was a descendant of George Stephen, (Scottish and English roots), a prominent businessman, banker and Canadian railway owner. He said his heritage was a mixture of Ukrainian, Polish, Scottish and English roots. He also said his name Stephen S. Poloz is a combination of his mother's maiden name Stephen and his father's name Poloz. His talk was followed by a lively question and answer period.

As part of the 125th anniversary of Ukrainian Settlement in Canada celebrations, Taras Pidzamecky, President of UNF Canada and CEO of the Ukrainian Credit Union, presented Dr. Poloz with a certificate recognizing him as the first Canadian of Ukrainian heritage to obtain the position of Governor of the Bank of Canada.