Doors from battle zones: “you can feel the smell of the war“ 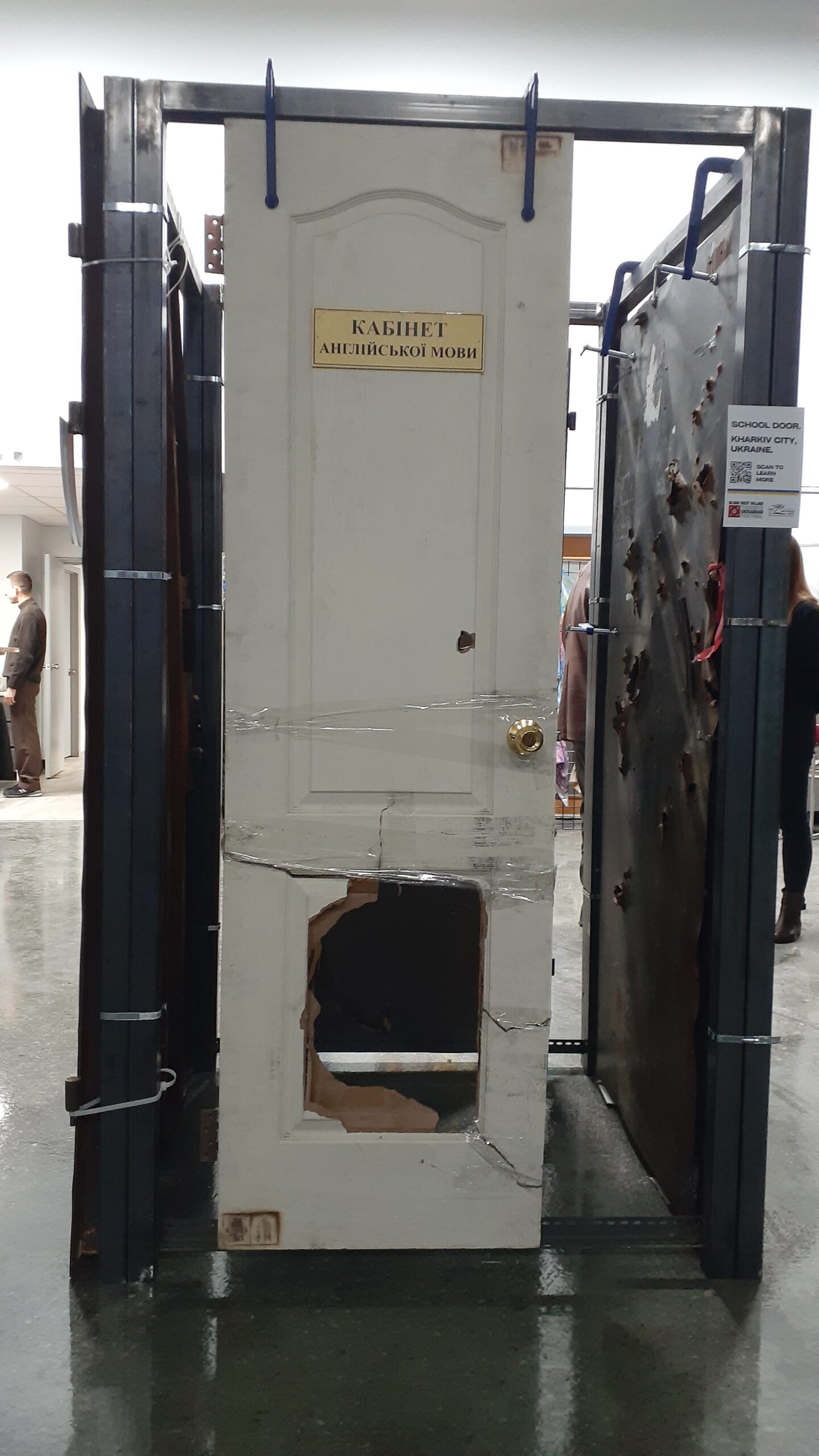 A unique exhibit featuring doors brought over from Ukraine’s battle zones, was officially opened at the Alberta Council for Ukrainian Arts (ACUA) Gallery, in Edmonton, November 12.

“Doors” is the work of contemporary artist Ruslan Kurt. His passion is creating interactive art installations that touch upon the concepts of time and connection. 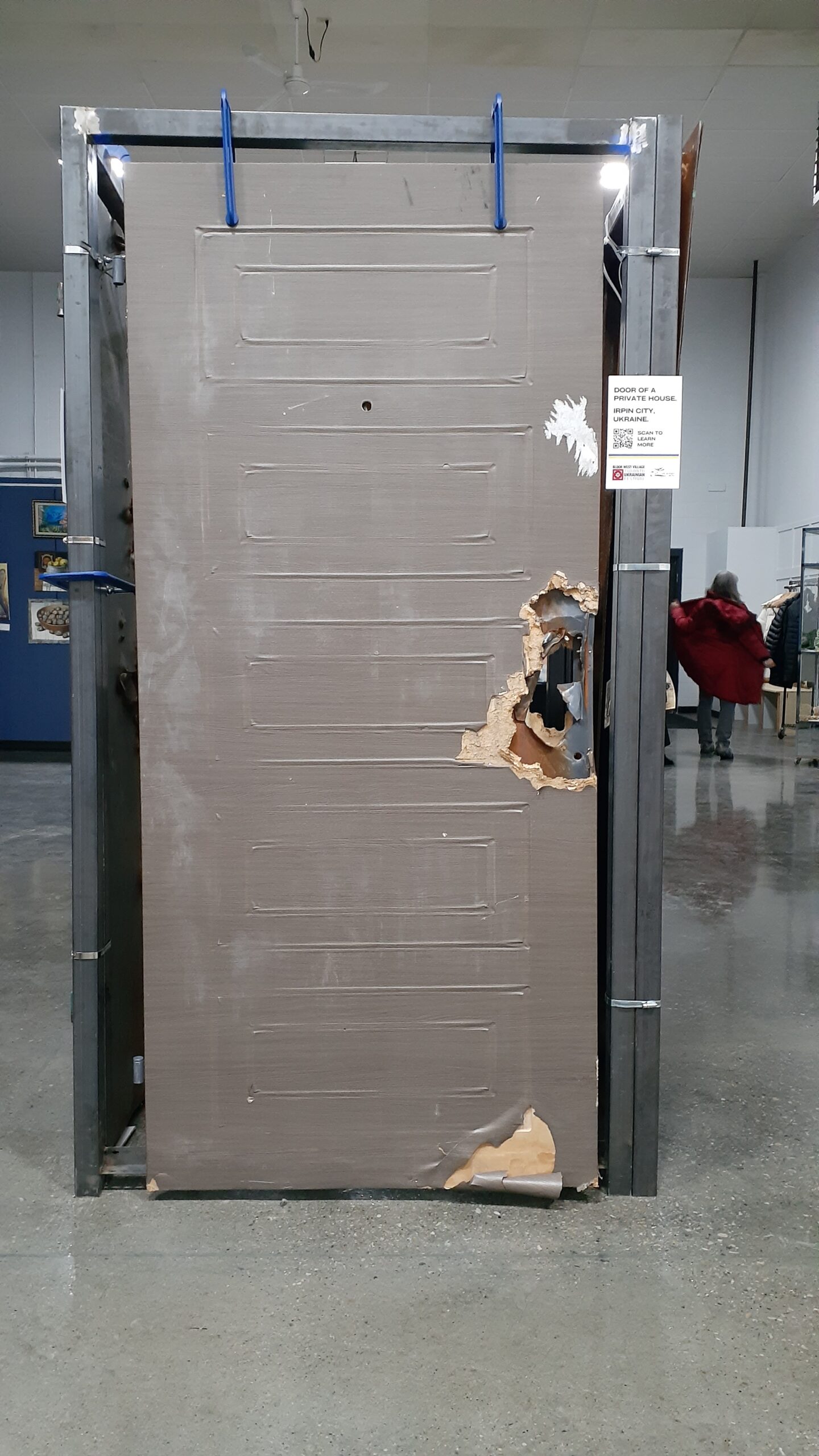 “I wanted to talk about the war in Ukraine using the power of art and draw a parallel with life as a door,” says Kurt. “Doors, like people, have their own stories.”

Kurt is a Ukrainian-born artist who is based in Toronto. When the full-scale invasion broke out, he was working abroad but his wife was still living in their hometown of Melitopol, which was attacked by the Russian forces on February 25, and captured after heavy fighting by March 1.

It took two months for his wife to safely cross a border before the pair were reunited in a different country in Europe and came to Canada. But his parents stayed behind as they did not want to leave their homes.

“When you see actual artifacts from the war, you can come, can touch, you can feel, because some of the doors which we brought are totally burned,” Kurt said.

“So even the smell, you can feel the smell of the war, so it’s involving you to feel the same … what millions of Ukrainians are facing daily.”

“Each door has a story behind it… which can tell you much more about the war in Ukraine than news or social media,” he added.

The doors, which came from homes destroyed during Russian attacks on civilian homes were first photographed then collected by volunteers for display.

They were first brought to Kyiv, from there to Poland and then flown to Canada to be displayed at the Bloor West Toronto Ukrainian Festival in Toronto upon the suggestion of Festival Founder and Chair Jurij Klufas.

They were also displayed at the XXVII Trienniel Congress of the Ukrainian Canadian Congress (UCC) in Winnipeg last month.

“I was very moved when I saw the doors,” said ACUA Director Olesia Luciw-Andryjowycz in opening the exhibit. She commended Kurt for having the foresight to collect the doors in order to tell a story.

“Because we not only want to tell a story to ourselves – to our people, but we want to tell the story to the world, to the public. That genocide is happening. They may celebrate today in Kherson, but still Ukrayina is under attack. We don’t know what will happen tomorrow,” she noted.

The exhibit will run until November 25 after which it will move to Calgary.