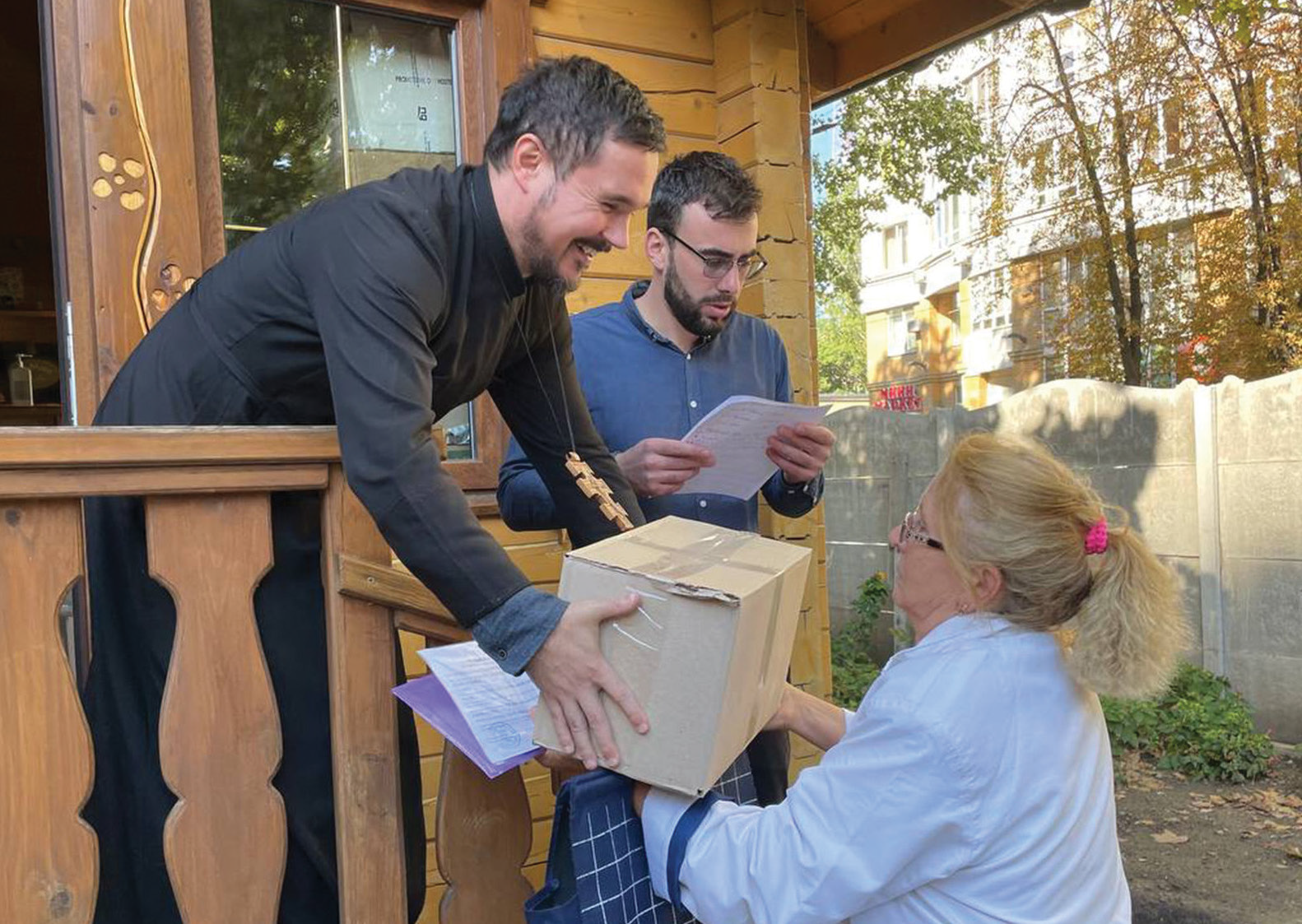 In response to the enormous food shortage and military threats in Ukrainian regions under occupation, the Patriarchal Curia of the Ukrainian Greek Catholic Church has been providing humanitarian aid food supply for those in need. From July to September of this year, The Curia provided almost USD1.3M in food supplies to the needy people in the East, South and North-East of Ukraine. Of that amount, USD0.9M were sponsored by the Canadian office of the Catholic Near East Welfare Association (CNEWA).

His Beatitude Sviatoslav Shevchuk, Head of the Ukrainian Greek Catholic Church, Major Archbishop of Kyiv-Halych, and Patriarchal Econome Rev. Lyubomyr Yavorskyy have received first-hand experience of life at frontline territories in the East, South and North-East of Ukraine during their pastoral visits (over 20).

Today, the UGCC parishes serve as humanitarian hubs providing support to the people in need in their territories. After each pastoral visit to the parishes at frontline territories, the UGCC Economate receives dozens of requests for support in essential goods, especially from parishes in Kharkiv, Kropyvnytskyy, Zaporizhzhia and Odesa oblasts.

The project has delivered the packages through Caritas Ukraine which operates along the network of UGCC’s over 230 parishes in the East, South and North-East of Ukraine.

Vice president of Caritas Ukraine, Father Andriy Nahirniak told NP-UN that these programs work very well thanks to the effectiveness of Caritas’ structure. Despite enormous challenges of the war time, Caritas has retained its structures and provided plentiful food assistance, children’s camps, psychological consultations and shelters to the needy.

Through its charitable foundation “Mudra Sprava”, the UGCC Curia previously carried out a project “Food packages” which distributed 10,000 food packages to the people in need in Kropyvnytskyi, Kharkiv, Chuhuiv, Zaporizhzhia, Odesa, Sumy and Kyiv regions.
The UGCC Patriarchal Curia is the executive body that supports the Patriarch and assists in fulfilling his ministry and service: to teach, lead and sanctify the people of God. The UGCC Patriarchal Curia's mission is: “Assistance to the Head of the Church in carrying out his ministry of the mission of the Church of Christ and unity in faith and charity the faithful of the UGCC worldwide.”

In 2022 by the end of November CNEWA Canada has released CAD $5,772,968 in emergency assistance to support humanitarian efforts and pastoral projects in Ukraine.

Founded by Pope Pius XI in 1926, and under the guidance of Pope Francis, CNEWA works for, through and with the Eastern Catholic churches to identify needs and implement solutions.