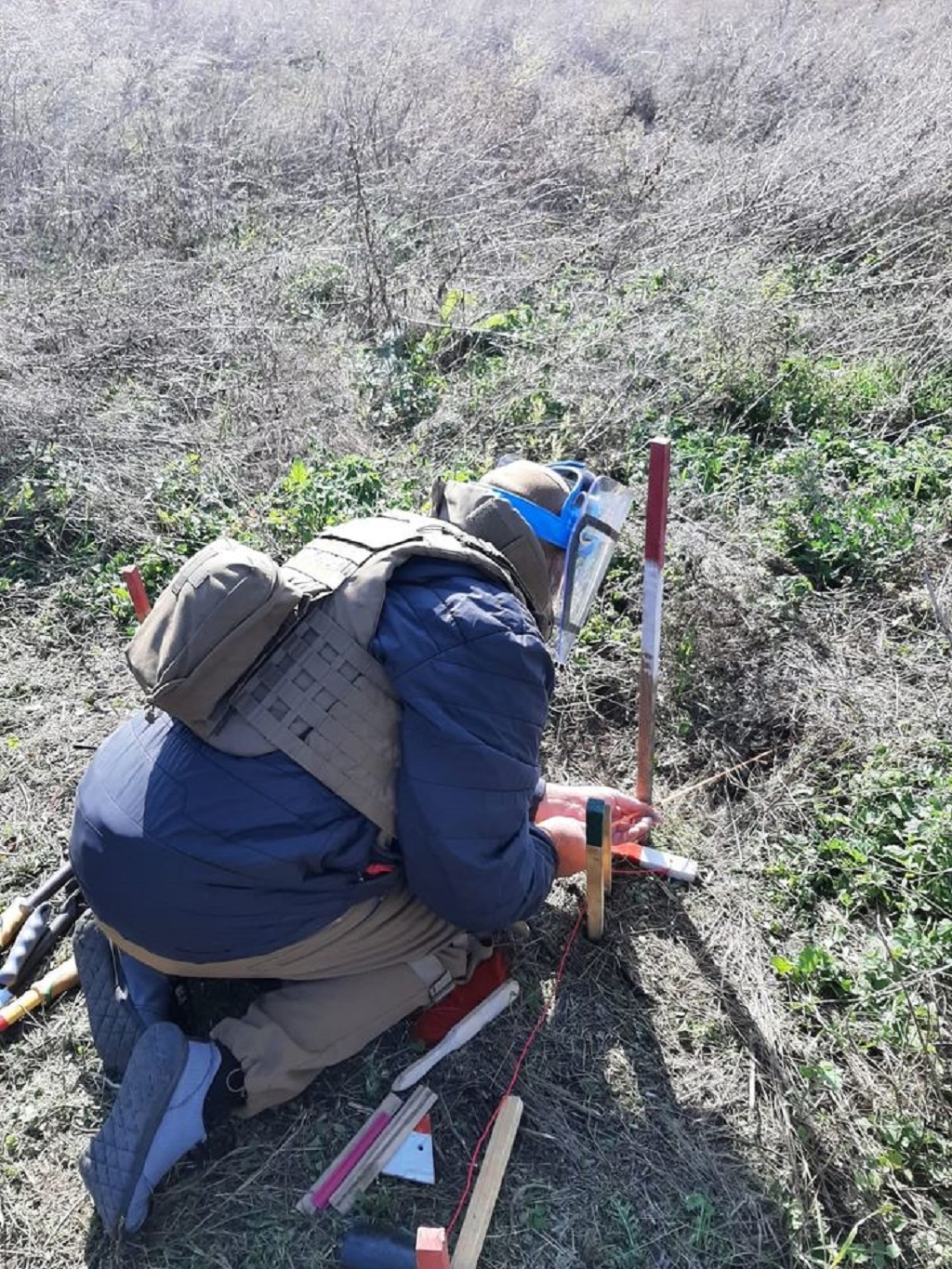 The Canada-Ukraine Foundation (CUF) today announced its support of a project to demine agricultural lands in Eastern Ukraine to make them available for use by the local citizens. CUF has donated $13,000 USD to support the “Let’s Clean Donbas Together” project mounted by the Ukrainian Deminers Association (UDA). The European Union is also contributing 40% of the total project cost towards this critical initiative.

“We at the Canada-Ukraine Foundation understand the great significance that demining of arable lands has for the local civilian population living in demilitarized zones. These lands provide them with the ability to feed their families and sell their surplus harvest for their livelihoods” – said Major (Retired) Oksana Kuzyshyn, CD1, Chief Operating Officer and Chair of the Civil Society Committee at the Canada-Ukraine Foundation. “This project will also help raise the profile of the landmine issue in Ukraine and bring it to broader public attention and the attention of the Ukrainian government for funding”.

The war in Donbas has resulted in large swaths of lands seeded with land mines, thus rendering them useless and dangerous for citizens living in the region. Some 21,000 km2 of land have been so armed; 7,000 km2. in Ukrainian controlled regions and 14,000 km2 currently under Russian Federation proxy control. Although the Ukrainian Armed Forces have demined some areas for their specific purposes, local inhabitants have no safe access to the remaining lands and are left to their own devices, many nonprofessional and dangerous. These lands represent an untapped resource that has added to the region’s economic deprivation and physical hardship.

The Ukrainian Deminers Association (UDA) had approached the Canada-Ukraine Foundation (CUF) to participate in the very important work of helping to demine land surrounding two villages, thereby releasing the lands for agricultural use. The UDA is a Ukrainian NGO established in 2018 to help reclaim some of these unusable mined lands and raise awareness among the population of the dangers inherent in living in a heavily mined territory. The group proposed to clear some 200,000 m2 of land surrounding the villages of the Mariupol region in the Donetsk Oblast, with a combined population of 21,000. This pilot project will raise awareness of the local population regarding land mines and will give them access to cultivate and harvest these otherwise unusable lands.

“The ‘Let’s Clean Donbas Together’ project is about human life and socio-economic revival of a region in Eastern Ukraine. It’s also about Ukrainian deminers. Moreover, this project brings the attention of the public and the world community to the current problem of Ukrainians. We truly thank the Canadian-Ukrainian Foundation for its vital support,” said Tymur Pistriuha, Executive Director and Head of the Ukrainian Deminers Association.