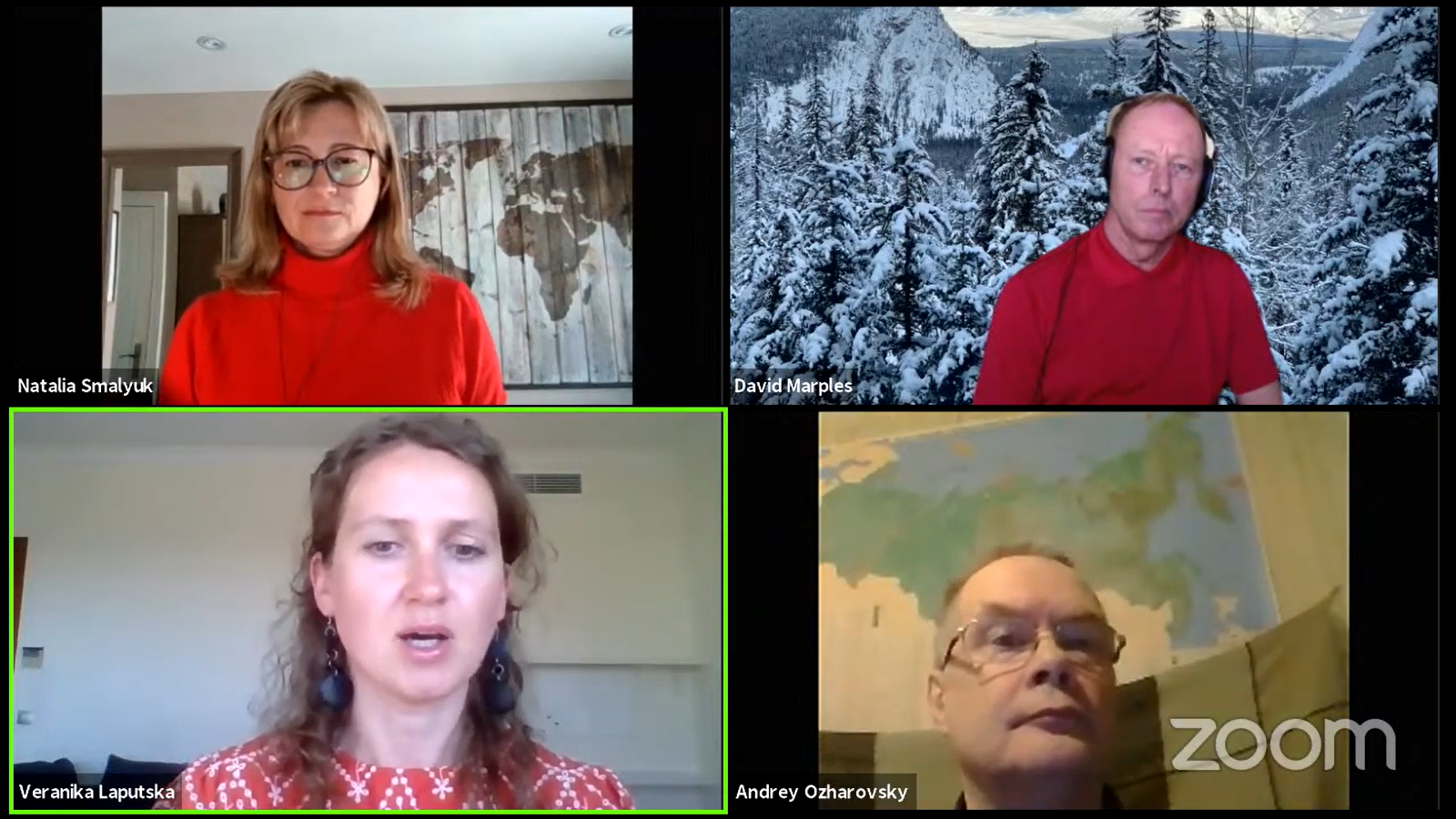 Belarus maintains a “culture of denial” that started with the Soviet regime and continues under Alyaksandr Lukashenka’s, participants at a panel discussion entitled “Catastrophe & Denial in Belarus. 35 years after the Chornobyl Disaster”, were told April 26.

Referring to the current Covid pandemic and Soviet dictator Joseph Stalin’s crimes, “it appears that the official response to all these tragedies has been somewhat similar to Chornobyl which is ignore, dismiss and forget,” said moderator Natalia Smalyuk at the discussion which was sponsored by the Belarusian Canadian Alliance.

Veranika Laputska, a PhD Candidate at the Graduate School for Social Research, Institute of Philosophy and Sociology, Polish Academy of Sciences and a Co-Founder and Research Fellow at the EAST Center, said the culture of denial is very prevalent among totalitarian regimes because there is a huge gap between the elites and the population at large.
The authorities are very distant from the people and don’t want to listen to them or take care of them.

”They only want to preserve of their own interests and their own role,” she explained.
David Marples, a Distinguished Professor with the Department of History and Classics, University of Alberta said Chornobyl had a profound impact on Belarus, but it’s a disaster the was largely ignored by the post-Soviet authorities after 1994.

“Belarusian President Alyaksandr Lukashenka declared that Chornobyl as a disaster was over… that it was overcome, that there was no more danger to the population. But it was evident that in 1991. 1992 and 1993 that illnesses were fairly rampant, especially thyroid gland cancer among children which had never been seen up to that point,” he said.
Chornobyl remains a problem in Belarus today even though it has ben overshadowed by political events, namely the protests over Lukashenka’s leadership, Dr. Marples added.
“You’ve got a president with diminished powers, diminished popularity, who now is relying heavily on security forces and a foreign power (Russia) to stay in office against the wishes of his people who actually did not elect him as a president last year,” he said.

What is significant is Lukashenka’s recent statement that should he be shot, power would go to the security service, rather than parliament as required by the Belarusian constitution.

The security forces have immense power today in Belarus “you could almost say it has reached a state of martial law”, he said.

However, there are questions as to how long the economy be sustained when it is relying on Russian loans, Russian security aid and even Russian media running the television channels, Dr. Marples noted.

All of this has served to let Lukashanka stay in power longer than expected last August.
Andrey Ozharovsky, a physicist, publicist and critic of nuclear energy who is also an activist in the Belarusian anti-nuclear campaign discussed the dangers of the new Astravets Nuclear Power Plant. Two of the reactors were constructed between 2016 and 2020 and two more are expected to come on board in 2025. The reactors are supplied by the Russian firm Atomstroyexport.

Ozharovsky said the Russian are deliberately building it close to the Lithuanian border in order to create tension between Belarus and Lithuania.