With the COVID-19 pandemic having resulted in the cancellation of the annual BC Ukrainian Cultural Festival in both 2020 and 2021, the Festival’s organizing committee went looking for ideas to help “Keep Ukrainian Culture Alive” in BC. 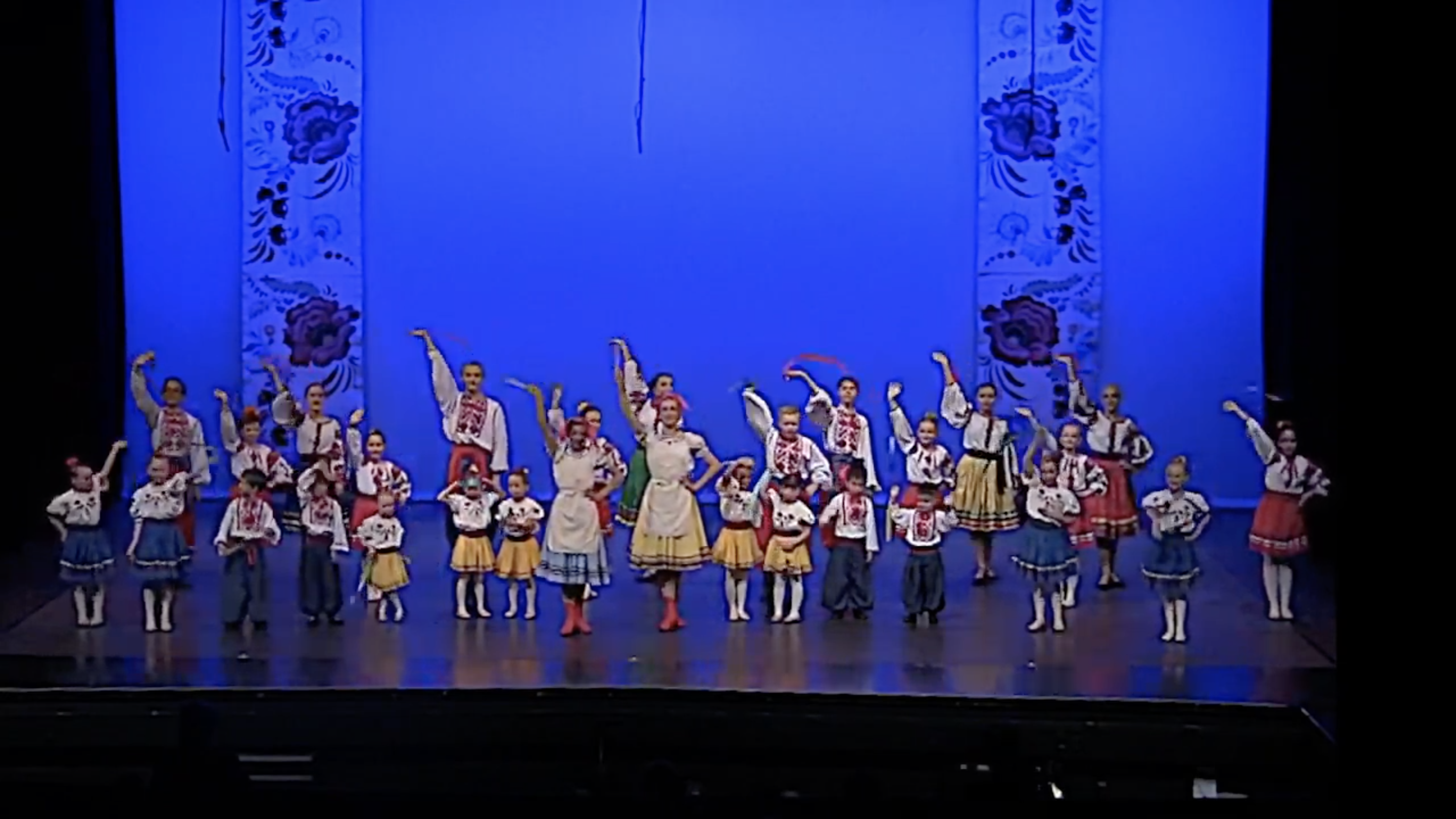 Dovbush submitted a pre-pandemic tape which featured all ages of their troupe. The Dovbush
Hopak was also aired

That slogan is the Festival Society’s mission statement and mandate.

“We contacted all the troupes which annually participate in our Festival, and asked them to send us tapes of their best and most recent performances,” explained BCUCF President Darka Morin (Konik). “The response was wonderful.” 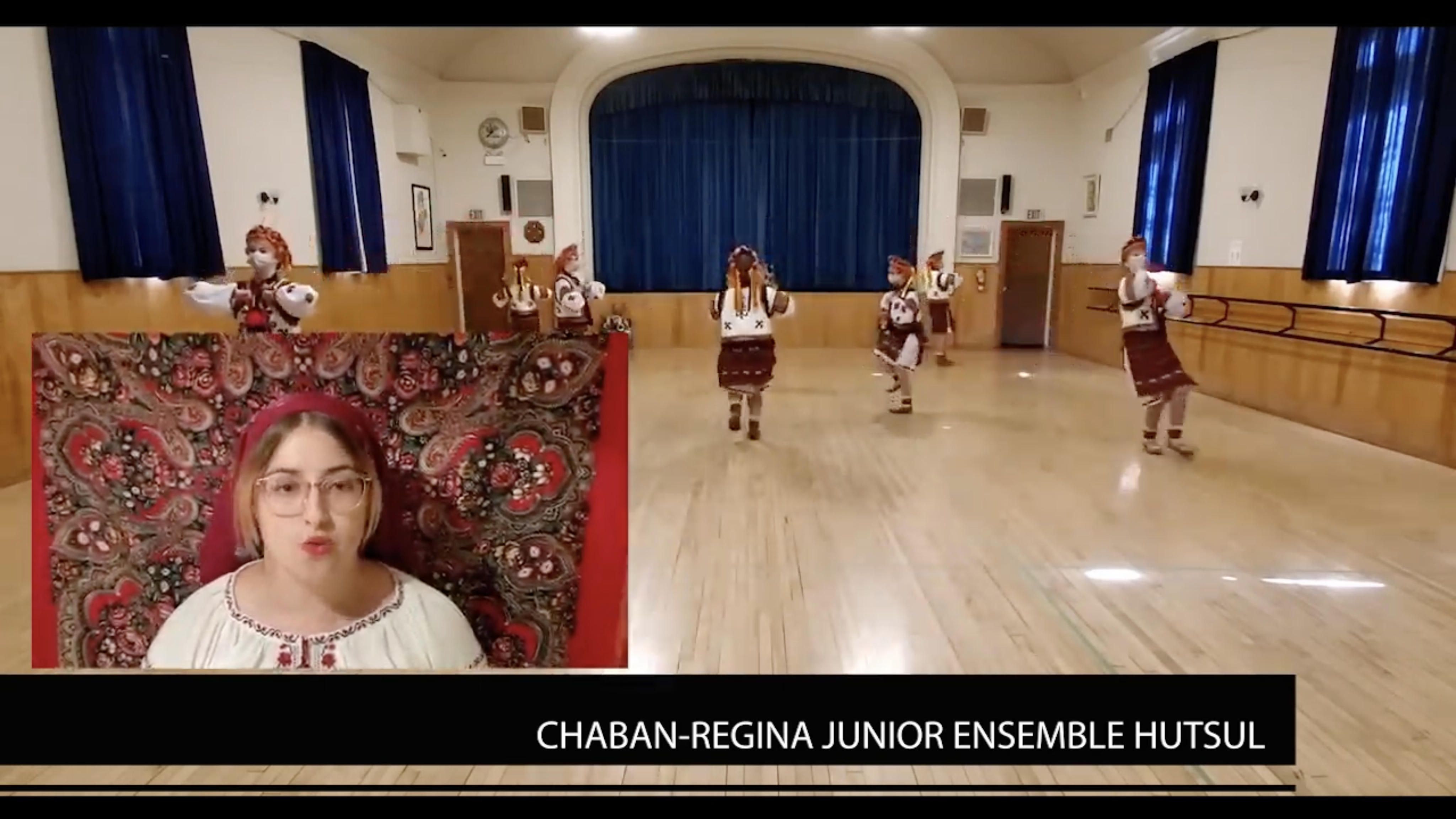 Chaban sent a Hutsul dance taped in their practice facility, the performers in masks

The Festival Committee contracted with a videographer who worked closely with Past-President Nathan Nychyporuk, the long-time backstage manager for the Festival.
The result: a 73-minute “concert” on YouTube which aired on June 5.

“We had submissions from the Island, from the Interior, from the Lower Mainland,” explained Nychyporuk.

“We even had a submission from a troupe in Regina. They heard about our initiative via social media. And we used it!!” 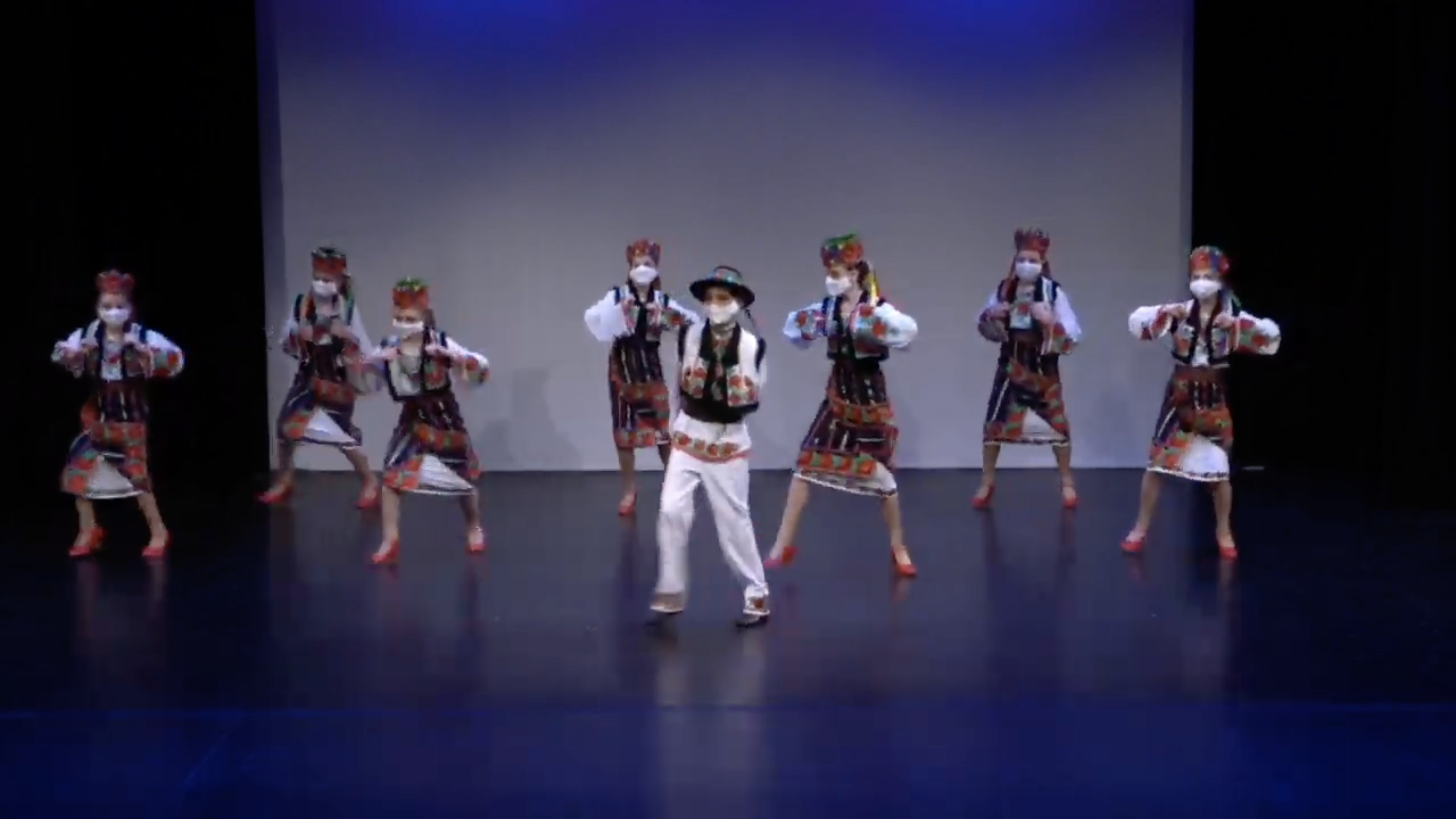 Veselka taped a pandemic-period dance, the performers in masks

The YouTube concert was pre-recorded, but was categorized as a “live” concert in that viewers were able to log in and post and exchange comments as the performances were taking place.

“It was all very new for us,” said Vice-President Juana Veters (Korol), whose two sons performed in a dance by Tropak of Richmond. “Thank goodness for the young folks and their high-tech knowledge.”

“We’re very impressed with how many troupes have managed to keep going despite the COVID pandemic,” added President Morin (Konik). “Many of the tapes came from pre-pandemic performances. But a good number had the kids in masks.”