Shumka production, documentary to be featured on KONTAKT, OMNI 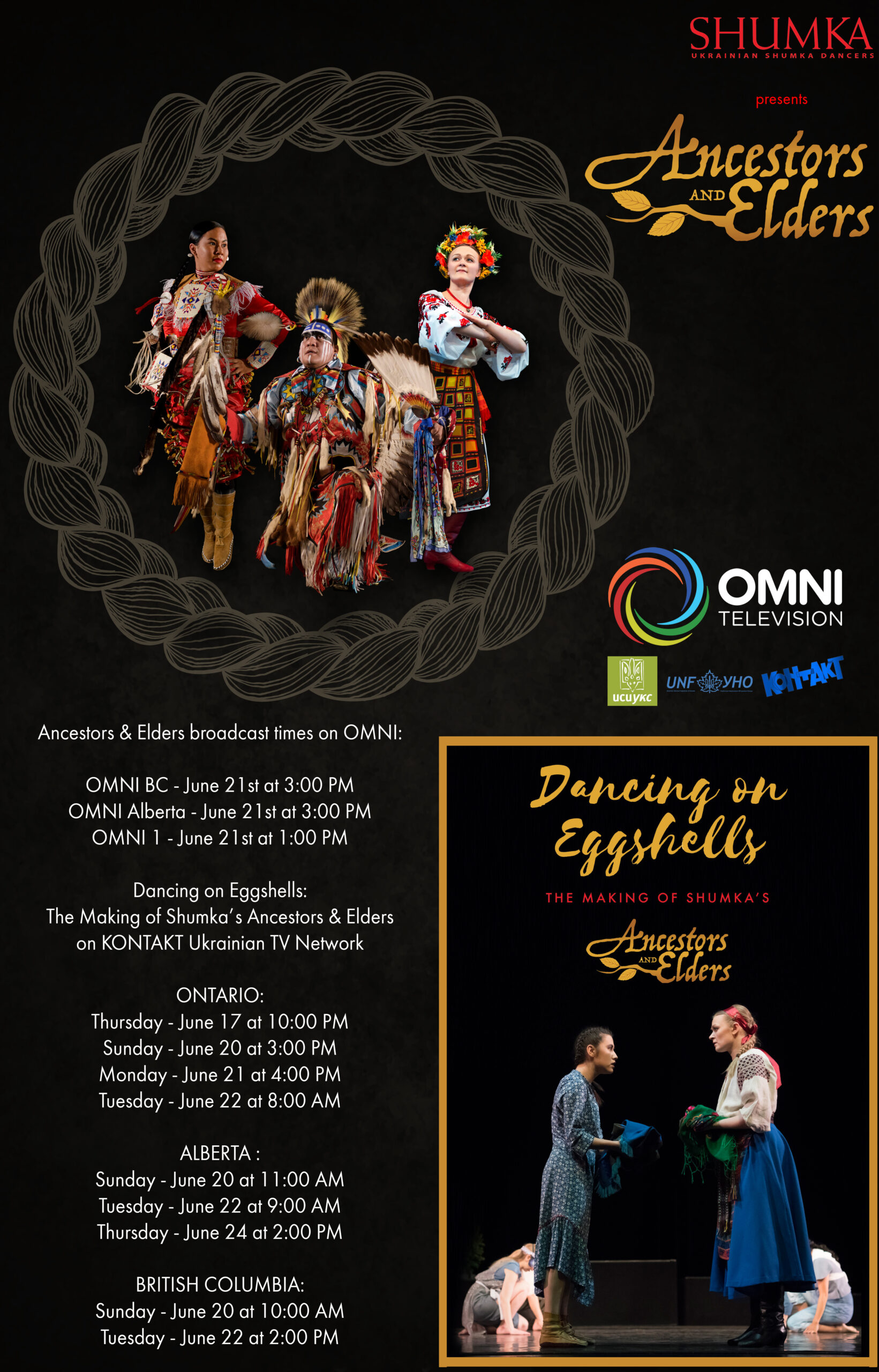 “We are grateful for the opportunity to bring our story of togetherness to so many people,” says Shumka Executive Director Darka Tarnawsky. “We appreciate the support of OMNI and KONTAKT and all the artists, creators, and dancers who brought these unique, powerful stories to life.”

In a world premiere production featuring a cast of Shumka Dancers and multidisciplinary Indigenous artists, Shumka shared a story of the first Ukrainian newcomers to Canada, exploring the shared values and respected differences between these hopeful settlers and the First Nations people they encounter in a new land.

Survival, for both Indigenous and Ukrainian immigrant people in Alberta, often meant silence: lost stories and connections between our communities help us all survive tremendous loss and struggle. We use dance to begin to break that silence; to remember those who came before us, the traditions they instilled, and the truths they endured.

The documentary explores the creation of Shumka’s 2018/19 work Ancestors & Elders, a historic union of Cree and Ukrainian culture featuring Shumka and the Running Thunder Dancers and Drummers.

Following Shumka choreographer Joseph Hoffman and Indigenous theatre artist Barry Bilinsky, the film examines the unlikely pair’s creative process as they navigate the difficulties of uniting their respective stories, while dancing around 150 years of cultural baggage. The film offers a glimpse into the artistic process of creating a work that is reflective and respectful of both Cree and Ukrainian culture, all while honouring the traditions of our ancestors with an eye to the path ahead.

Dancing on Eggshells is directed by Edmonton filmmakers Leslie Sereda and Steven Glassman.