Barvinok — a poignant and powerful story of wars inflicted upon Ukraine 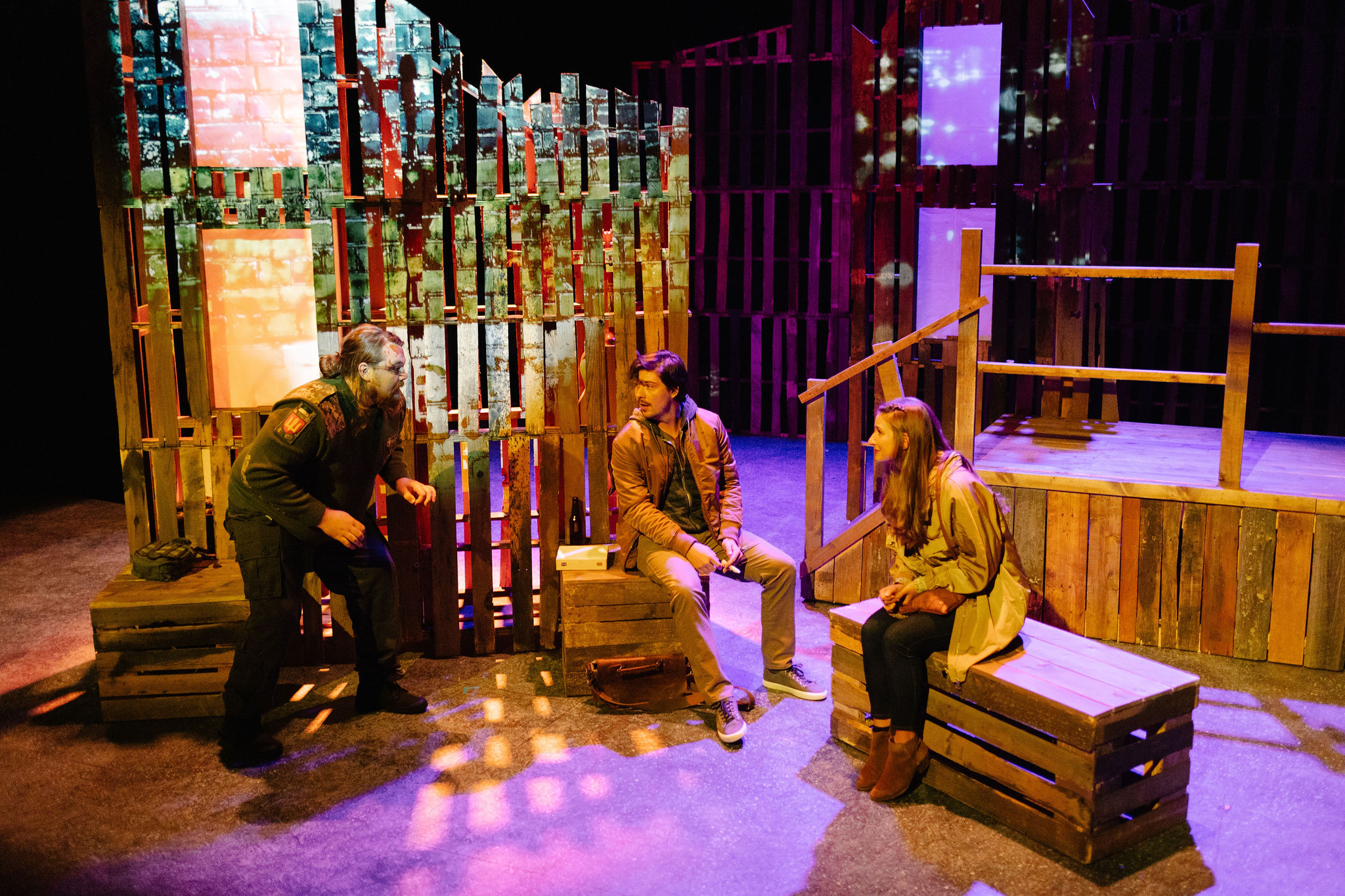 The human suffering and horrible realities of wars inflicted upon Ukraine during World War II by the Nazis and Russians, and now again in the 2022 Russian invasion of Ukraine, are brought to life on the stage in “Barvinok.” This fast-paced play by Ukrainian Canadian playwright, director and performer Lianna Makuch, with Pyretic Productions, is a riveting story that starts with the statement that “Baba has a secret.” Hania, baba’s granddaughter, played by Makuch, must deal with her baba’s advancing cognitive decline and sudden obsession over the current war.

Barvinok, the Ukrainian word for periwinkle, is a vigorous, beautiful, stubbornly indestructible perennial plant, which symbolizes the tenaciousness of the Ukrainian people. The play is a semi-autobiographical story, inspired by the discovery of her Baba’s secret journal that documents Baba’s war time experiences and immigration to safer shores. Makuch challenges herself to understand the events and trauma her Baba endured during World War II. Because of the war, Baba was compelled to leave her idyllic home and beloved family, to survive, with the hope of helping her own family to somehow escape the horrors and persecution of enemy invaders. Baba also harbours a secret that is forcing its way out of her soul. Seven decades later, Baba, now an elderly nursing home patient, is tormented by the Russian war against Ukraine. Seeing the horrors once again thrust upon her cherished homeland, Baba’s long forgotten, or suppressed memories of her terrible experiences in World War II are reawakened. Hania cannot fully understand why Baba is so focused on the war but is determined to get answers for her, hoping they will bring needed peace. 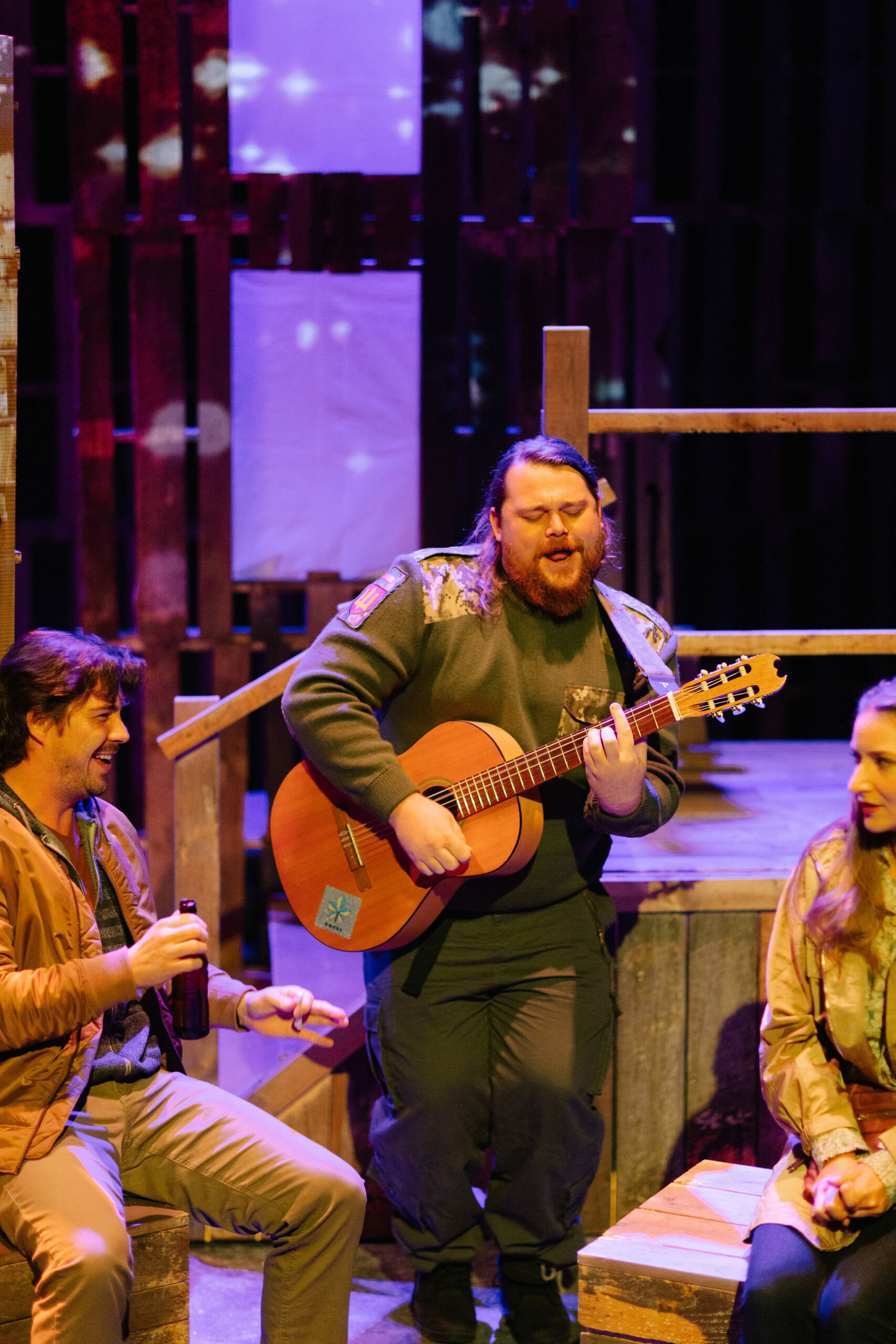 This complex story is told very clearly. The first half of the play is a spellbinding monologue in which Hania shares details of her own happy childhood memories of long tranquil summers at Baba’s house where she and her sister were nourished with Baba’s love and attention. The story telling jolts the audience into 1940’s Ukraine, when Makuch also takes on Baba’s voice, revealing the life changing events, the fear and suffering Baba and her female family members endured during the war. The first half is supported by a group of actors who sing traditional Ukrainian folk songs and play the tsymbaly and the bandura. Larissa Pohoreski provides splendid arrangements and music direction.

The second half of the play makes the audience sit up as it opens with Hania arriving in Ukraine, on her quest to discover what happened to Baba’s family and uncover the secret that has been distressing Baba. The tempo of the play quickens. With only a first name and an address from an old letter, Hania connects with an injured former soldier turned fixer and his friend who guide her through to Eastern Ukraine to find the house that might have been Baba’s home. Along the way Hania absorbs the dreadfulness of the destruction of both the environment and human souls that have survived the invasion until now. Towns and villages in ruin and formerly lush fields now full of land mines. Through the eyes of the displaced people, she encounters, including her fixer and his friend, Hania gains a deeper understanding of what it means to survive and to hope for something better. She is told that hope dies last. Hania is taken aback when she discovers that not everyone has the exact same feelings towards Russian invaders or the use of the enemy’s language. 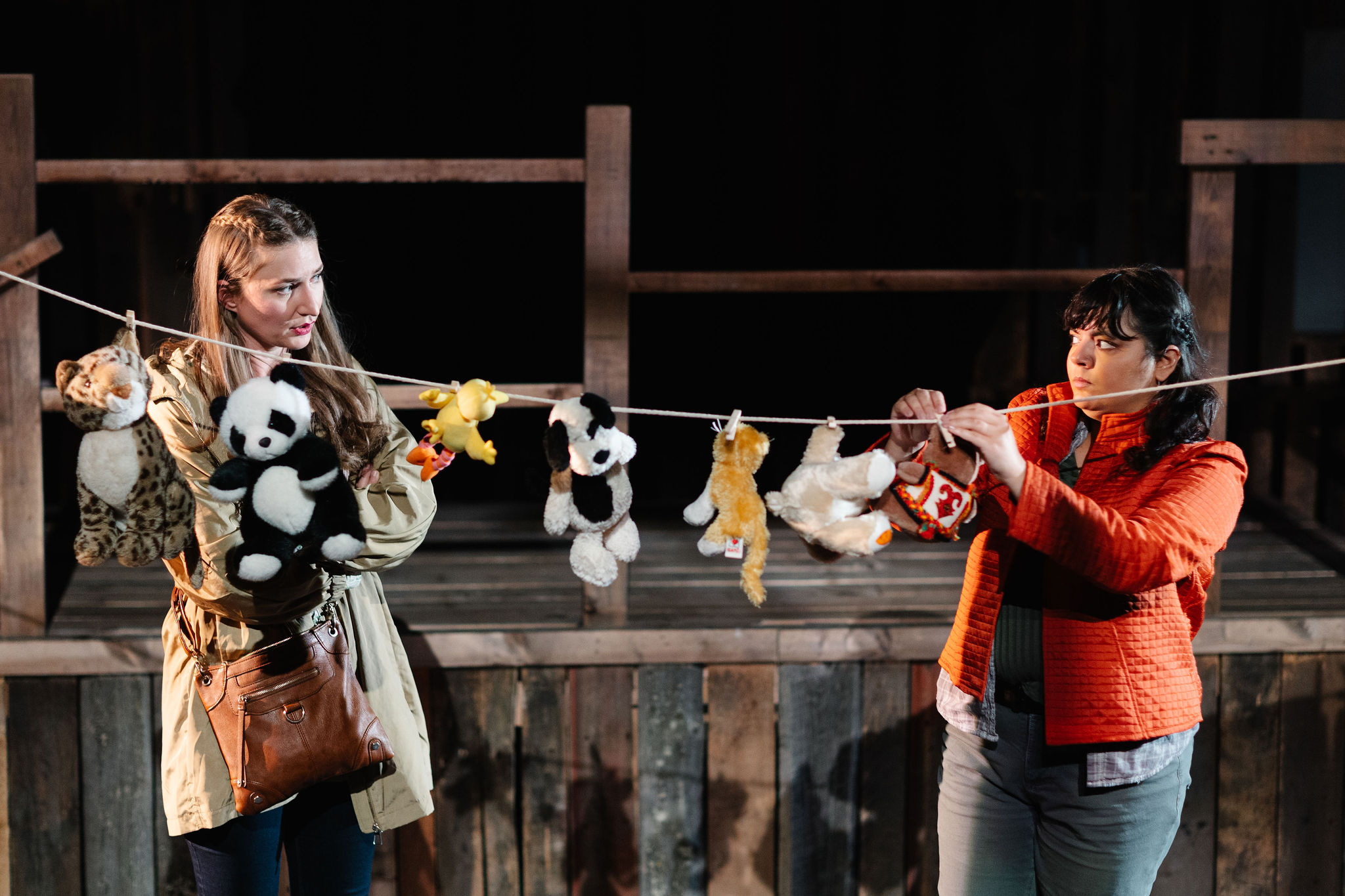 Hania succeeds in her quest to get answers for Baba and unexpectedly, Baba’s secret is revealed. Confronting the secret makes it to clear to Hania why Baba did some of the things she did, but more importantly, the information provides a window into the suffering and anguish Baba experienced, the same misery and grief endured by generations of Ukrainians in the past and now again in 2022.

There are a few brief moments of comic relief carefully and appropriately sprinkled throughout the play that give the viewers a moment to breath and then refocus on an absorbing story. Barvinok studies the complex, dark tapestry of life during war. It combines a relatable family drama involving contemporary issues such as aging and memory, against the backdrop of colossal historic events that destroy countless lives of people who just want to live in peace in their own homeland. The play explores family history, the stories one generation passes on to the next and how trauma is transferred from one generation to the next and the next.

Those who saw Makuch’s 2018 play titled “Blood of our Soil” will recognize the advertising posters but in 2022 they display the title “Barvinok.” Even though the basic premise of the story is much the same, the 2022 production is a much more refined and mature play, presenting a clearer story, strong, intelligent writing with deeper insights. Makuch and her team travelled to Eastern Ukraine to research the materials for this production and develop a first-hand understanding of the circumstances. They met and interviewed dozens of people affected by the ongoing war. 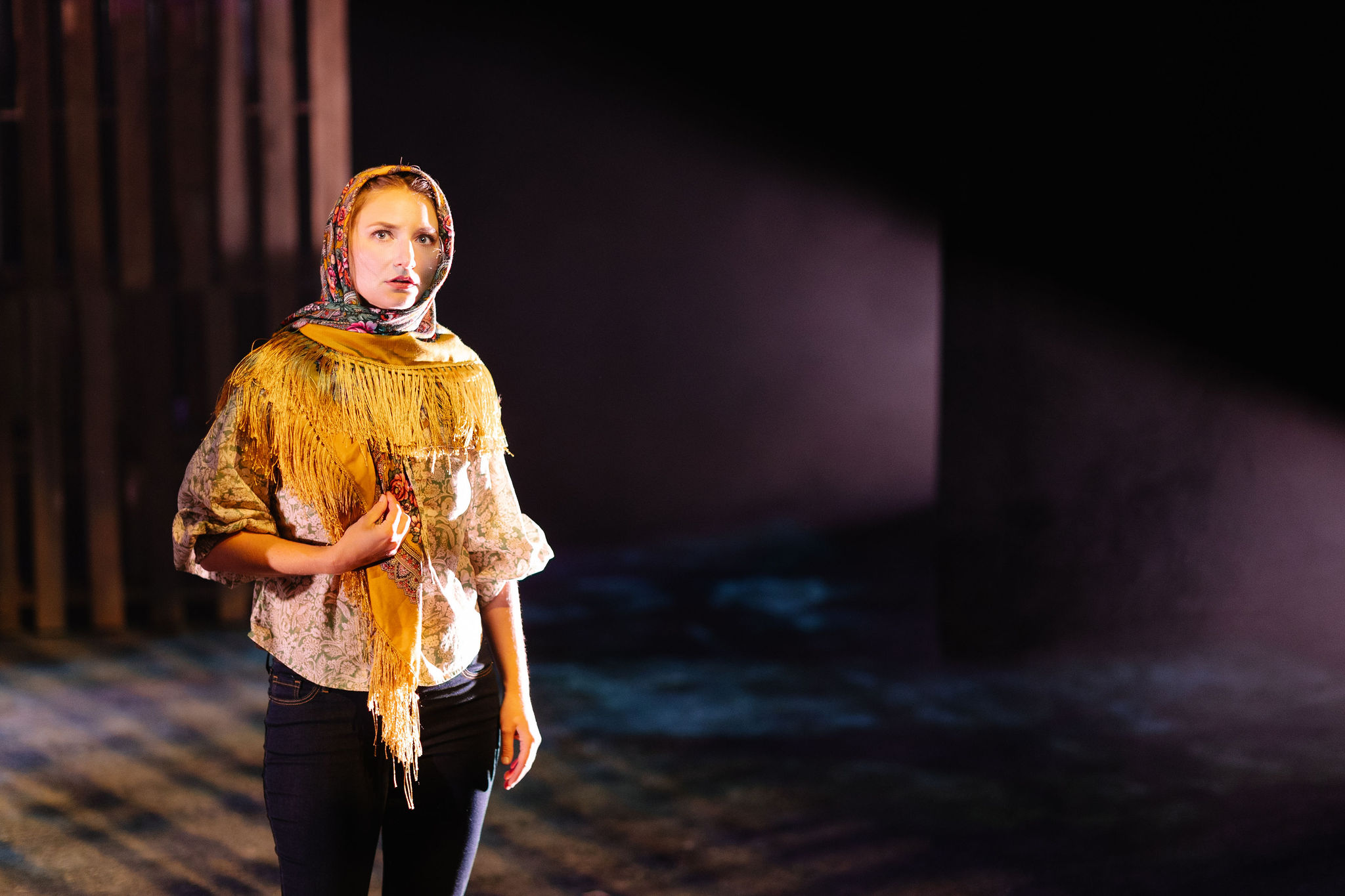 Barvinok is a particularly poignant and powerful story in view of the 2022 Russian invasion of Ukraine. The play shows, that everyone wants to “go home” and live a peaceful life, that even in the worst circumstances people try to carry on and hold on to hope. The evils of war thrust upon innocent people wound deeply. The wounds may heal over but the scars remain no matter how well concealed, their pain is tolerated but never relieved. Never.

Barvinok launched its Alberta tour in Edmonton, running September 21-25, 2022 at the Westbury Theatre at the ATB Financial Arts Barns. It will play at the artsPlace in Canmore October 6-7 and finish with performances October 13-22 at the New West Theatre in Lethbridge, AB.