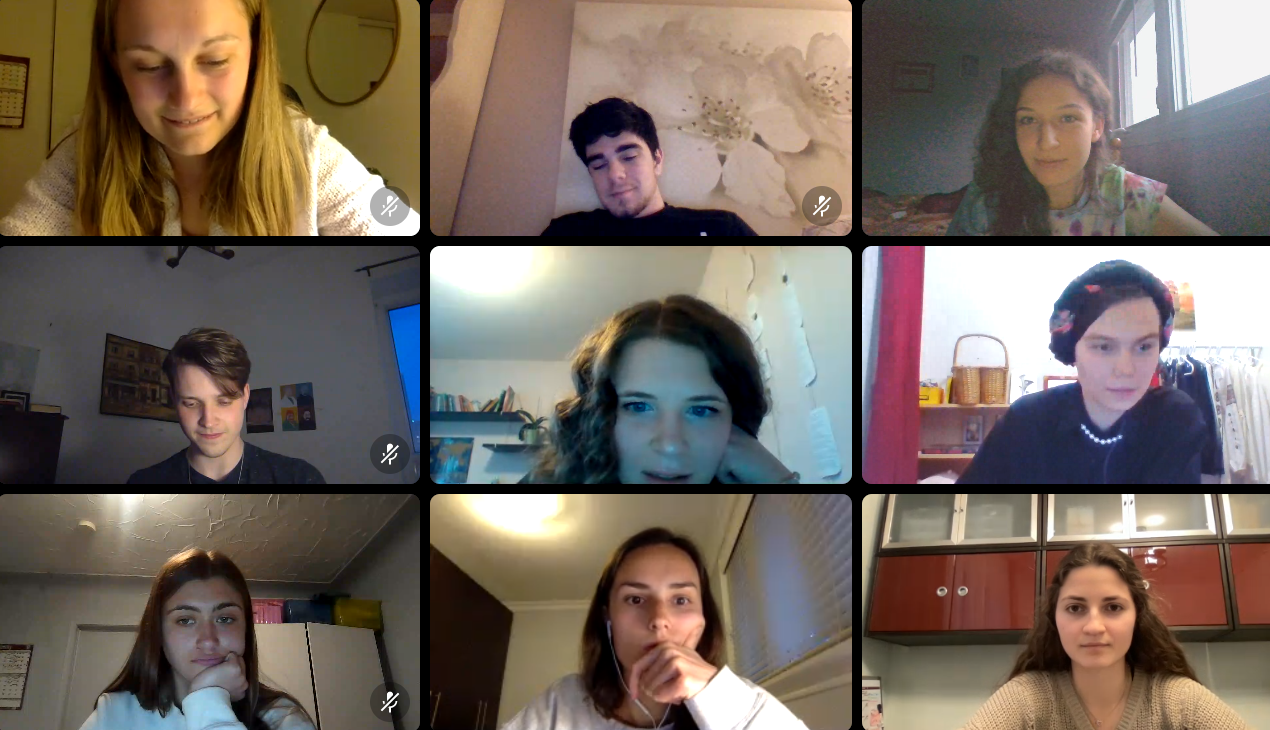 More than 80 Ukrainian-Canadian post-secondary students signed up to participate in a virtual Mega Social event held on March 26, organized by Ukrainian students’ clubs across Canada.

“Our goal going into this event was to have a final event of the year that everyone would remember,” said Alana Kohut, co-president of the McMaster Ukrainian Students’ Association and co-organizer of the Mega Social.

“I believe we achieved this goal as people are still talking about our social to this day. We see social media posts of…people just reminiscing on the whole year we had together as Ukrainian students’ clubs across Canada.”

The idea for the Mega Social came from the McMaster Ukrainian Students’ Association in hopes of having one last event before the end of the academic year.

“As our club was trying to brainstorm events for the end of the year, we knew we wanted to do something big. However, we felt like we already exhausted all of our ideas,” Kohut said.
Kohut said an idea was brought up to reach out to other Ukrainian students’ clubs at different universities across Canada in hopes of being able to collaborate and come up with an event to host altogether. After reaching out to various clubs, Kohut said there was a lot of interest and the groups were able to meet virtually to organize and carry out the Mega Social event.

The event was held on Discord — an instant communication platform where users can interact over text, voice calls or video chats. Participants were required to register on Discord and join the Ukrainian Canadian Students’ Union’s (SUSK) server, which acts as a virtual community space for its member organizations.

The idea to hold the event on Discord came from University of Victoria Ukrainian Students’ Society president and SUSK secretary, Chase Gargus.

Gargus said he saw the success of using Discord within his own Ukrainian student organization and encouraged SUSK to set up its own platform “to serve as a national networking service for all of our different [Ukrainian student organizations] from across Canada to come together and make new friends, share ideas on events and collaborate.”
“This Mega Social was a great opportunity for us to really test that idea and welcome more students to our Discord server,” Gargus said. “We were able to talk to each other face-to-face for the first time in almost a year.”

Throughout the evening, participants were able to switch between rooms on the Discord server, which had several online games running at the same time. However, if participants did not want to play any games, they were able to join another room that was just for chatting and meeting new folks from different universities across Canada.

At the top of every hour during the event, the organizers held a raffle with prizes commissioned by the participating Ukrainian students’ clubs as well as SUSK. Gift cards were awarded to raffle winners, with a total value of $580 to Starbucks, Amazon and Uber Eats, among other companies.

According to Larysa Stech, another co-organizer of the event and co-president of the McMaster Ukrainian Students’ Association, there were approximately 50 students playing or chatting on the server all at once as part of the event.

“Although 80 students signed up to participate, not all 80 students were on the server at the same time,” Stech said. “Since the event was held from 7 p.m. to 10 p.m. ET, students had the opportunity to join the event whenever they wanted.”

Though the Mega Social proved to be a success, attendees said they are looking forward to meeting their new friends from different schools and provinces in-person in the future. However, it is not clear when the next in-person cross-country Ukrainian student event will take place.

“In terms of non-virtual events, unfortunately, we don’t know how the situation with COVID-19 will evolve,” Stech said. “That being said, there will hopefully be more opportunities for Ukrainian-Canadian students to interact again in the near future.”