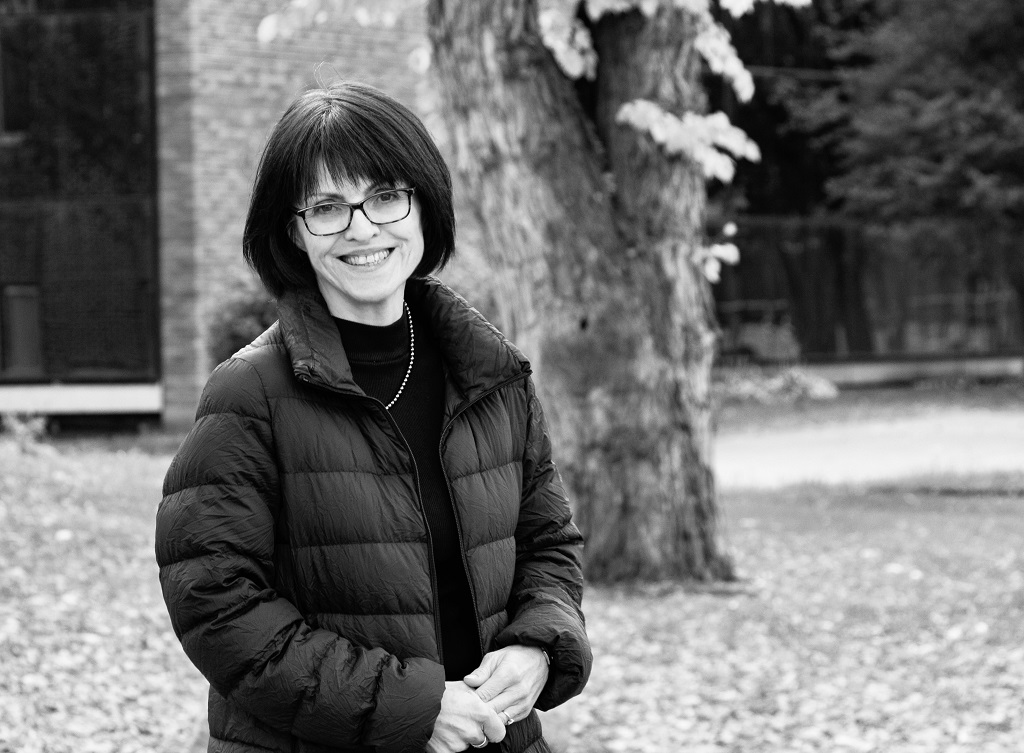 Over the last year, Dr. Natalia Khanenko-Friesen was spending her days zooming in and out – quite literally – having up to 15 online meetings a day. As a newly appointed director of the Canadian Institute of Ukrainian Studies (CIUS) in times of pandemic – it was the only way for Dr. Khanenko-Friesen to introduce herself and the institution’s plans to the academic community.

“By the end of day, it would feel like I have traveled the world because I just had a conversation with Australia, Germany, Canada and the US,” she said in the interview with NP-UN. Even though it sometimes felt like a burden it was a blessing too, she added, because it introduced her to the community “in a much more speedy way” and helped connect and engage with the others.

Dr. Khanenko-Friesen left her position at the Anthropology department at University of Saskatchewan to join CIUS in July 2020 – a challenging year for the world and academic community in particular. A native of Kyiv, she became the sixth director and the first woman to hold the position since CIUS’s founding in 1976.

“That particular year was marked by all kinds of complications. I joined the institute in times of pandemic, transitioning from one city to another, but more importantly joining an old and long-established institution which was itself in transition,” she said. “So, my first year’s work was marked by the institution’s needs: I had to orient myself as to what is working very well and what needs improvement.”

Over the last decades, CIUS has been a global leader in the field of Ukrainian studies as it facilitates sustained scholarly engagement and cooperation between Canada and Ukraine, as well as partner institutions. Given its recognized impact in the field, CIUS has gained significant support from donors in Canada, the U.S., Ukraine and beyond, and currently has about 80 endowment funds with an estimated market value of $34 million. The institute has also obtained over $6.5 million in additional research project awards from several research project sponsors across North America and Europe.

The 2020-21 academic year proved eventful for the Institute. They hosted various scholarly and community-engagement events, launched new collaborative initiatives and worked with their national and international partners on various projects. In August 2021, at the ICCEES World Congress convened at Montreal’s Concordia University, CIUS hosted an online open house reception where the program directors shared updates from CIUS’s centres and programs.

Among other major milestones for CIUS was a joint project by the Peter Jacyk Centre for Ukrainian Historical Research and CIUS Press for which they worked to complete the publication of the English-language translation of Mykhailo Hrushevsky’s History of Ukraine-Rus. The project was thirty years in the making.

2021 also marked the 50th anniversary since Canada’s adoption of an official multiculturalism policy in 1971. Having benefited ethnic communities across the country, the Policy of Multiculturalism also led to the establishment of the Institute itself. Thus, the Ukrainian Language Education Centre and the Kule Ukrainian Canadian Studies Centre have been actively contributing to the ongoing dialogue on the nature of multiculturalism in Canada which resulted in a national symposium on Reconciling Multiculturalism in Today’s Canada that took place in November and brought together such scholars as Dr. Roman Petryshyn, Myrna Kostash, Dr. Jocelyn Létourneau, Dr. Vic Satzewich among others.

The director also aims to achieve better communication between the well established and the new cohorts of scholars at CIUS.

“I’ve noticed we have one (cohort of scholars) that are well known and have been active in their fields for a while, their work is well recognized in Canada and beyond, in Ukraine, and internationally. But then there’s a cohort of other scholars of a younger generation,” she said. “My colleagues in this cohort are equally talented and driven but they need to be better plugged in the institutional processes. We need… better alignment between those cohorts because people in their 70s now will retire and we need to make sure our next generation of scholars is ready to step in and continue the work senior scholars have been doing (at the university).”

CIUS itself, Dr. Khanenko-Friesen believes, might benefit from better communication and promotion.

“The institute is a phenomenal organization and the world should know that. We have eleven research centres, we have scholars working in CIUS for decades, all producing amazingly important ground-breaking work,” Dr. Khanenko-Friesen said.

At the same time, the Institute has not always been doing great in terms of promoting their work. And that’s where she can make a change, she believes. “The institute doesn’t need to reinvent itself. My job is also to make sure the world is well informed about who we are and what we are doing.”

To achieve that, Dr. Khanenko-Friesen focuses a lot on scholarly community engagement which is a relatively novel area of scholarship. “It’s not simply about outreach, it’s about what we can do in the context of Ukrainian studies, what are the ways we can collaborate with organizations and constituencies to establish what is of need and what we need to be studying.” This is an approach well known in a field of social studies, she explained, where the agenda for scholarly research is not pursued one-handedly by the academics, but is established in consultation with local organizations. “And I’ve brought that particular training and expertise of working with communities professionally into my job. And I know over the last year I’ve spent a lot of time reaching out, presenting CIUS, talking about our vision and what we need to be doing,” she added.

Dr. Khanenko-Friesen also wants the Institute to continue and support the battle against disinformation with ground-breaking and fact checked research, which also involves promoting the work of Contemporary Ukraine Studies Program and Kowalsky Program for the study of Eastern Ukraine that is particularly timely amid the current concerns over Russian movements on Ukraine’s border.

Another successful CIUS’ project – Holodomor Research and Education Consortium (HREC) has been promoting the research, study and understanding of the Holodomor, the man-made famine in Ukraine orchestrated by Soviet leader Joseph Stalin that killed millions of people in 1932–1933. “If it wasn’t for HREC we wouldn’t have seen such a powerful mobilization of that particular scholarship in the world,” Dr. Khanenko-Friesen said.

Overall, she is certain CIUS needs to get involved with the world more through a dialog: “To achieve better understanding of what Ukraine is and who Ukrainians are, is impossible without engaging and exploring the viewpoints that are generated outside of our own field or outside Ukraine, geographically and culturally speaking. Those views might not always coincide with ours, but it is important to know those views and to maintain a dialog.”