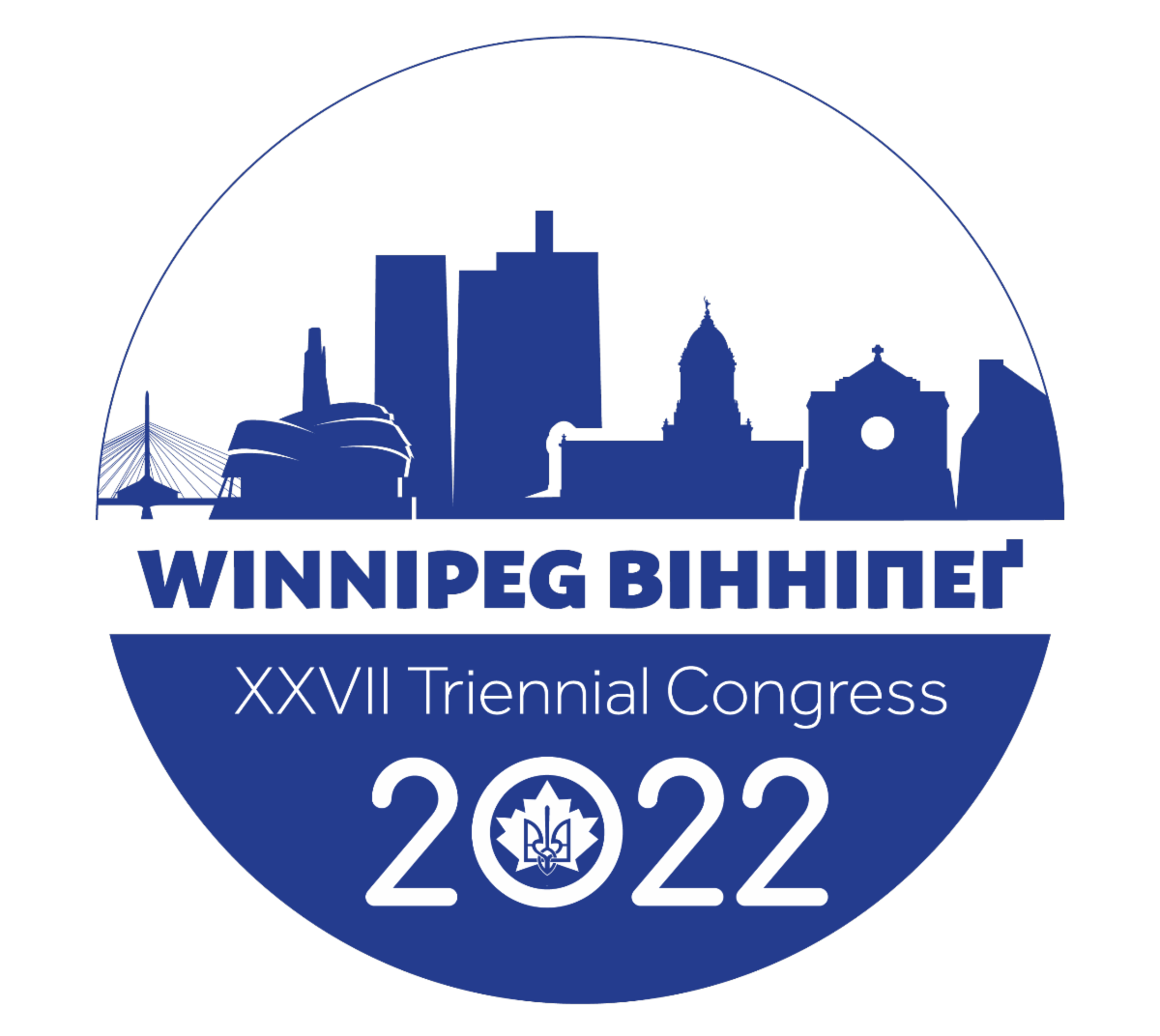 At UCC’s XXVII Triennial Congress held in Winnipeg on October 28-30, assistance for the Ukrainian newcomers to Canada was among the main focus areas. Prime Minister Justin Trudeau announced that, by late October, around 105 thousand Ukrainians have come to Canada since February.

Below are some examples of how Manitoba and Alberta are assisting newcomers from Ukraine in these difficult times.

In her speech at the Congress, Premier of Manitoba Heather Stefanson said: “While one in seven Manitobans are of Ukrainian descent, we are all Ukrainians during this terrible, terrible time. Throughout this crisis, Manitoba’s support for Ukrainian seeking refuge has been unwavering. We have welcomed them with open arms and open hearts. And as they seek refuge from the ravages of this vile invasion, we will stand with them every step of the way.” 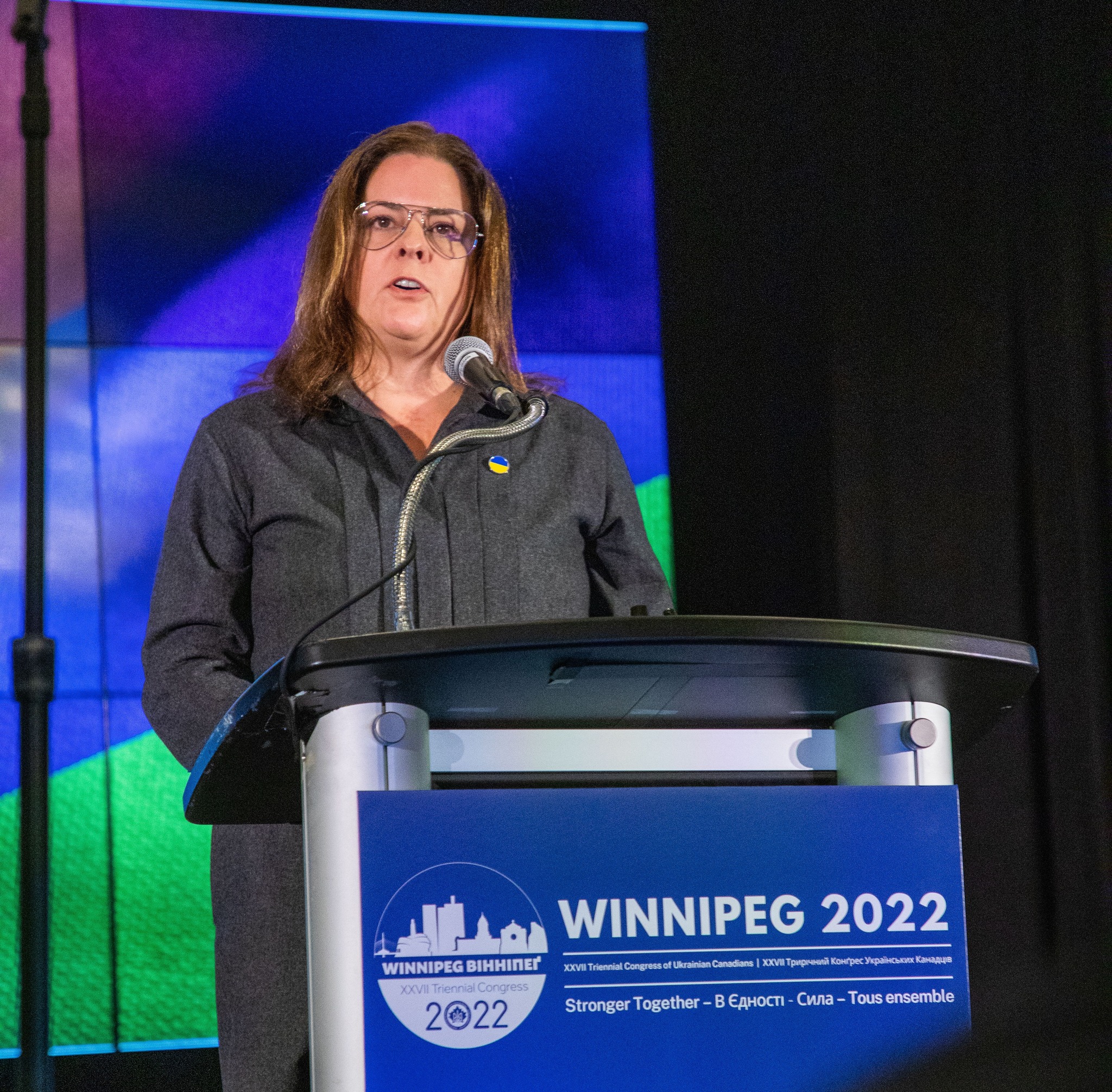 Heather Stefanson speaks at the UCC Congress in Winnipeg

Right after the onset of the full-scale Russian invasion, the provincial government mobilized to coordinate comprehensive provincial supports and services, and established a dedicated emergency model, The Ukrainian Refugee Task Force to undertake detailed operational planning so that it could provide all arriving Ukrainians with safety, shelter, meals and accommodations, health care, and other provincial assistance. Manitoba also provides Ukrainians with longer-term supports and opportunities for education, childcare and English language services as part of their progression to more permanent housing and jobs. Stefanson said that Manitoba leads the country in providing a full range of settlement support services and that the province’s Ukrainian Refugee Task Force is the national benchmark recognized across Canada as the gold standard.

More Ukrainians have sought refuge in Manitoba than in any other province in Canada on a per capita basis. About 12% of all Ukrainians coming to Canada are coming to Manitoba, which is more than three times the percentage of the national population.
Around 12,000 Ukrainians have so far presented to the reception and welcoming centre in Manitoba, while 8,000 have received Manitoba health cards. Over 1,800 Ukrainians are currently in over 900 provincially supplied hotel rooms and accommodation spaces. Over 5,800 reimbursement claims for the costs of immigration medical examinations required to enter Canada have been processed.

Stefanson noted that none of this would have been possible without the government’s partnership with Ukrainian Canadian Congress and the whole community. She said: “The entire Ukrainian Canadian community in Manitoba have really been truly inspirational through all of this, they have really helped out every step of the way. Their efforts have laid a foundational working relationship with our government and have been a critical leading part of the incredible outpouring of support from all Manitobans, from our NGOs and settlement agencies, our municipalities, our fully engaged business community and other key partners.”

President of UCC Alberta Provincial Council, Orysia Boychuk told the Congress that Alberta has welcomed approximately 14,000 Ukrainian newcomers: 42% of them are in Calgary, 32% are in Edmonton. 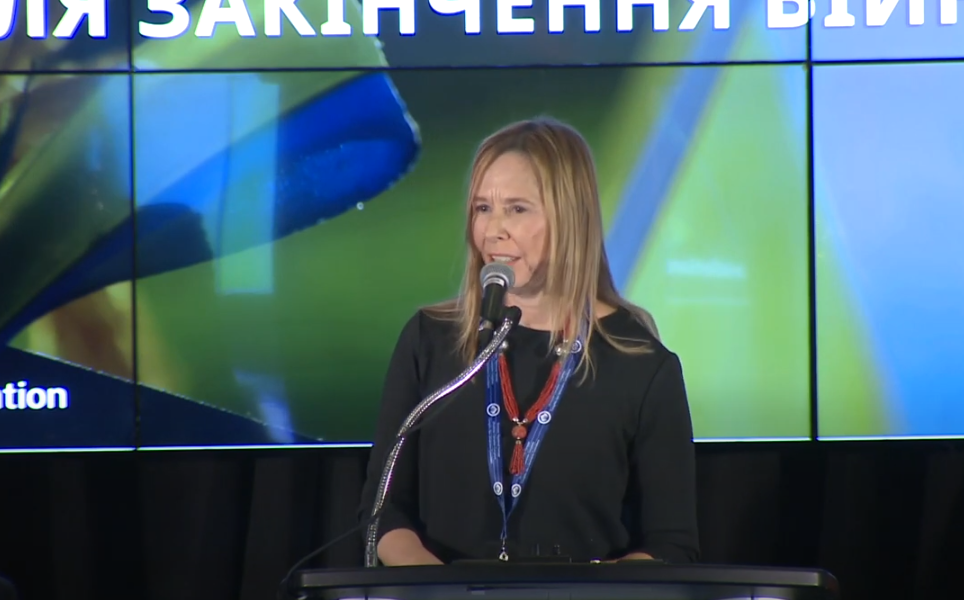 Orysia Boychuk speaks at the UCC Congress in Winnipeg

UCC-APC has shifted almost all its resources and its entire focus to the Ukrainian newcomers arriving in Canada. On day one of the invasion, UCC-APC became the command center. The office went from one phone line to four phone lines, one person in the office to anywhere from five to 10 people in the office answering calls. Together with the volunteers, the office worked around the clock responding to “nonstop phone calls.”

UCC-APC did a call to action to fill a plane for Ukraine with emergency equipment. It partnered with Firefighter Aid Ukraine and within two weeks of that concept being born, the flight left Edmonton for Poland. “Mind you, nobody slept for two weeks, 24 hours a day,” said Boychuk. Within the first week, after the first plane left, the Ukrainian community, together with the Polish community, LOT Airlines and Shell organized and filled the second plane. The first plane took just hours to fill – UCC-APC had to stop all the donations after eight hours, the second plane was close to that. The plane from Poland to Edmonton arrived full of passengers and UCC APC was tasked with working with the government to make sure that there were people who had visas to get on the plane and come legally to Edmonton.

While still continuing to send aid to Ukraine, UCC-APC has since shifted its efforts to settlement of the newcomers. Within the first month, the website uccab.ca was established with content relevant for newcomers settling in Alberta including information on available psychological services. UCC-APC continues to work on this website on a daily basis making sure it’s relevant and has all the necessary information. UCC-APC has been engaging with Catholic Social Services, the Edmonton Mennonite society, other organizations and government officials on a regular to address the gaps that the newcomers in Alberta are experiencing.

UCC-APC has helped support the newcomers with TELUS gift cards, laptops, clothing and other kinds of supports. It has also been engaged in doing welcome events for newcomers where different agencies have participated to talk about what resources are available.

UCC-APC has identified such key pillars of support for the newcomers as finding and furnishing emergency housing, English classes to help with the language gap before the newcomers get into the Link program, and helping find employment opportunities.
Boychuk provided examples of job fairs in Calgary and Edmonton where hundreds of people and dozens of different employers showed up.

The organization also established furniture warehouses for newcomers in Edmonton and Calgary. In Edmonton, the Ukrainian community is 35 to 40 families a week which requires a lot of furniture.

Boychuk praised the collective work and the partnerships that have brought such results: “We can’t do this extraordinary work on our own. And it’s beyond the Ukrainian community and we’re so proud of all the partnerships we’ve engaged in.”

Boychuk considers one of UCC-APC’s greatest accomplishments the meeting with the Minister of Immigration Kaycee Madu where they successfully advocated for the Alberta Advantage Immigration Program to incorporate CUAET. The newcomers will now be able to qualify for this program.