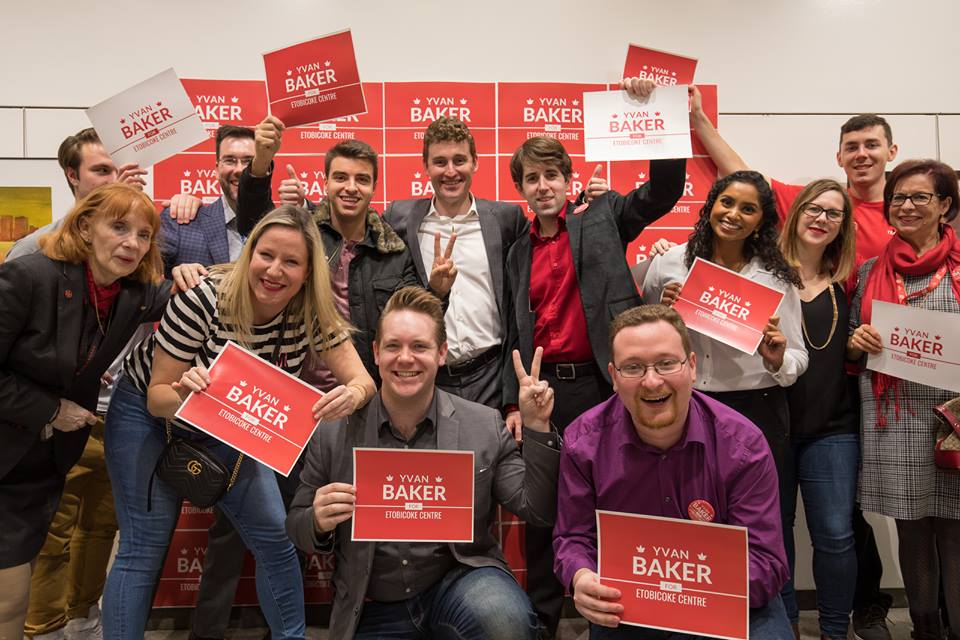 After MP for Etobicoke Centre Borys Wrzesnewskyj announced he will not be running in the next federal elections next October, he endorsed Yvan Baker to run in his place. Baker officially launched his nomination campaign on November 30th at the Launch party at Neilson Park Creative Centre in Etobicoke.

“He is going to Ottawa to be the voice of Etobicoke Centre in Ottawa and to be a strong champion for the people of this riding,” said the Honourable Ahmed D. Hussen, Minister of Immigration, Refugees and Citizenship, at the party. “And I can tell you – that philosophy is the continuity of philosophy of Borys,” added Hussen.

“Politics is the means to which I have a chance to serve and make a difference,” Baker said in an interview for New Pathway – Ukrainian News. As an MPP for Etobicoke Centre from 2014-2018, Baker has done many things for the local community. In particular, he helped save the Silver Creek public school for children with special needs, worked with Wrzesnewskyj and other MPs to help stop Pearson Airport from permanently increasing the flights over Etobicoke Centre, and was a strong advocate of and secured funding for the tunneling option for LRT along Eglinton Ave.

One of the many things his grandparents taught him was that he must contribute to his community and his country. Baker started to be active in community services at a young age, both within the Ukrainian Canadian community and other charities and causes.

Eventually, community work brought him into politics. “I realized that if I wanted to make the biggest difference for people in my community and this country, that it was government that had the opportunity to do that,” said Baker.

Donald Baker, Yvan’s father, ran to be a Member of Parliament when Baker was 14, and since then Baker volunteered in politics for many years with Borys Wrzesnewskyj and other MPs. He ran for office for the first time in 2014 and won the provincial parliament seat in Etobicoke Centre.

Baker defined his focus as a federal politician as being on fostering and growing the economy, creating jobs, strengthening healthcare, building infrastructure and transit, and making sure that tax dollars are spent
wisely.