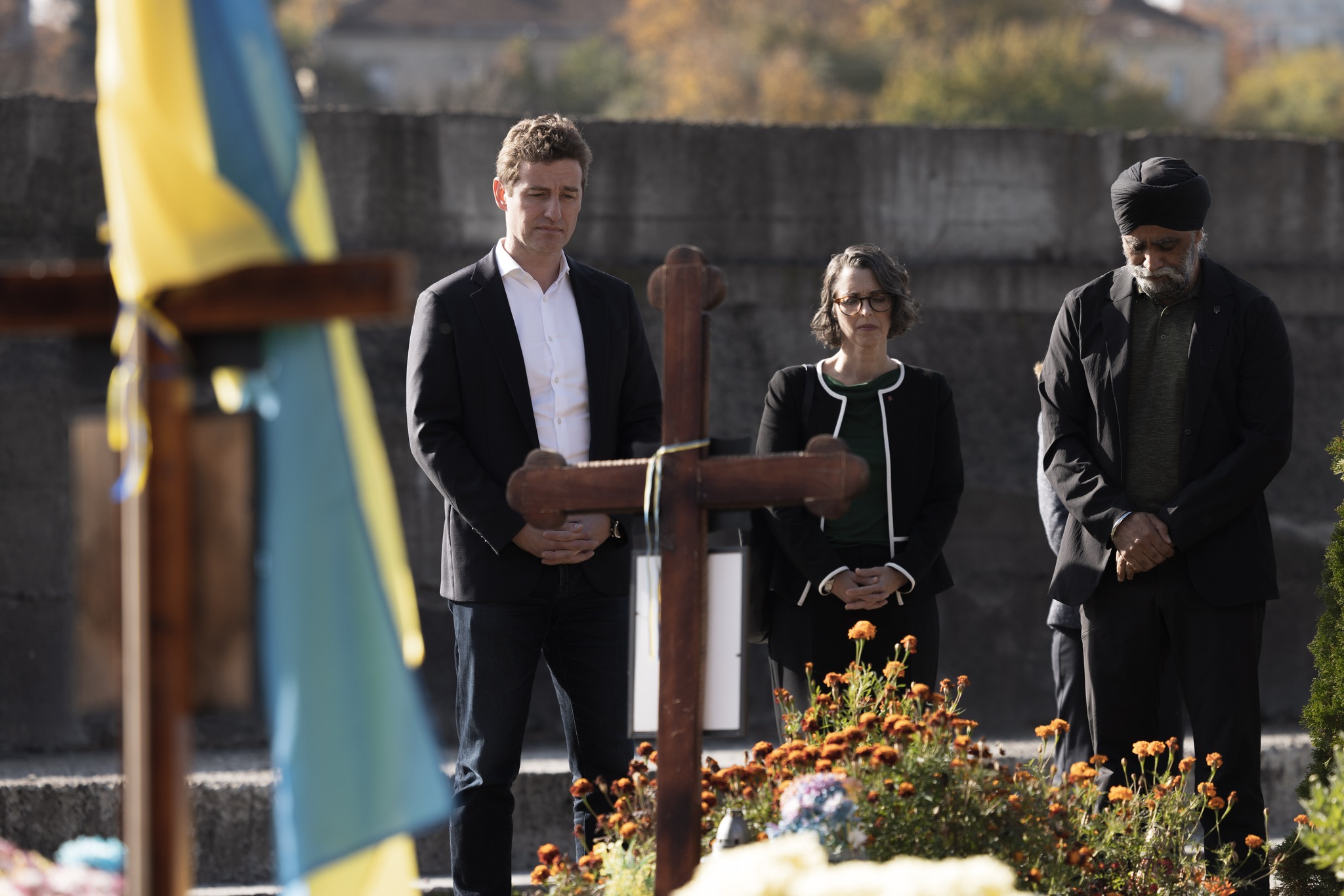 During their recent visit to Ukraine, Minister of International Development Harjit Sajjan and MP for Etobicoke Centre and Chair of Canada-Ukraine Parliamentary Friendship Group, Yvan Baker witnessed the aftermath of Russia’s missile strikes on Ukrainian cities that intensified in October. Yvan Baker told NP-UN that everyone the two Canadian officials met with, said that after the strikes Ukrainians were more defiant and determined than ever to win the war.

Since the beginning of the full-scale war, millions of people have been internally displaced in Ukraine. The main issue that Harjit Sajjan and Yvan Baker discussed with the Ukrainians was humanitarian support for winterization of the internally displaced and other civilians in the face of the increasingly cold weather and continuing Russian attacks. Ukrainians need support in the form of food, clothing and shelter. Many people now also require mental health supports due to the loss of loved ones and other hardships of the war.

While in Lviv, Sajjan and Baker toured a university where areas have been converted to support and provide food, shelter, medication and more to internally displaced people from all over Ukraine. They discussed what more Canada can do to support the displaced.

In his interview for NP-UN, Yvan Baker outlined the spheres where Canada is assisting Ukraine in the time of war: financial and humanitarian support, military and diplomatic support, and anti-Russian sanctions.

After Prime Minister Justin Trudeau recently announced an additional $500 million in military aid to Ukraine, Canada’s military aid exceeded $1.1 billion this year. This new support will go to military, surveillance and communications equipment, fuel and medical supplies. The total amount of Canadian assistance for Ukraine this year, including loans, has reached $3.4 billion. The near future should bring the news on the Ukraine Sovereignty Bond which the Government of Canada has issued recently.
On the background of the worsening Ukrainian economic situation and growing needs for external funding due to the intensive war, Baker said that Canada and the rest of the democratic world need to provide enough funds for Ukraine.

Yvan Baker believes that Canada should continue to provide more military support so that the Ukrainian military “can win this war as quickly as possible”. In terms of military equipment, Baker said, Canada has given everything that Ukraine has asked for. In addition to that, Canadian military planes are being used to transport Canadian military supplies, but also military supplies by other countries around the world to get them to Ukraine. Operation UNIFIER has trained about 33,000 Ukrainian soldiers from 2015 to February 24, 2022. Right now, Canadians are training Ukrainian soldiers in the UK and in Poland. In terms of going forward, Ukraine’s allies, including Canada, need to do everything they can to source the equipment that Ukraine needs. Baker said that Canada’s government is doing that.

Yvan Baker told NP-UN that Canada has been actively building an international coalition of support for Ukraine. At the beginning of the war, many countries didn’t actively support Ukraine. There has been a lot of work done diplomatically by Canada and other countries to persuade some countries to condemn Russia’s actions and to support Ukraine more, said Baker. One of the results of that work was the suspension of Russia from the UN Human Rights Council in April. In the 193-member UN General Assembly, 93 nations voted in favour, 24 against and 58 abstained. Baker said that diplomatic efforts persuaded some countries, which previously had not condemned the war, to vote for or to abstain from the vote.

The diplomacy during the war with Russia should always involve Ukraine, believes Baker: “Nothing about Ukraine without Ukraine,” he said and continued, “It is for Ukraine to decide when they are ready to negotiate if they are ready to negotiate and on what terms they are willing to negotiate.” The only outcome that Baker will be satisfied with is a decisive victory by Ukraine in this war, which means that Ukraine must retake all of the territory that Russia has occupied since 2014, including Crimea: “Anything short of that in my view, is a victory for Russia,” said Baker.

Yvan Baker thinks that Russia’s president Putin has shown no signs of being willing to cede the territory that Russia illegally occupied since 2014, or even since February 24. Baker believes that if the Ukrainians want to keep fighting to recapture Crimea, then Canada needs to do everything to support them.

Overall, the tools to ensure that Ukraine wins this war include military, financial and humanitarian support for Ukraine, and heightening of sanctions and other economic pressure on Russia, believes Yvan Baker.