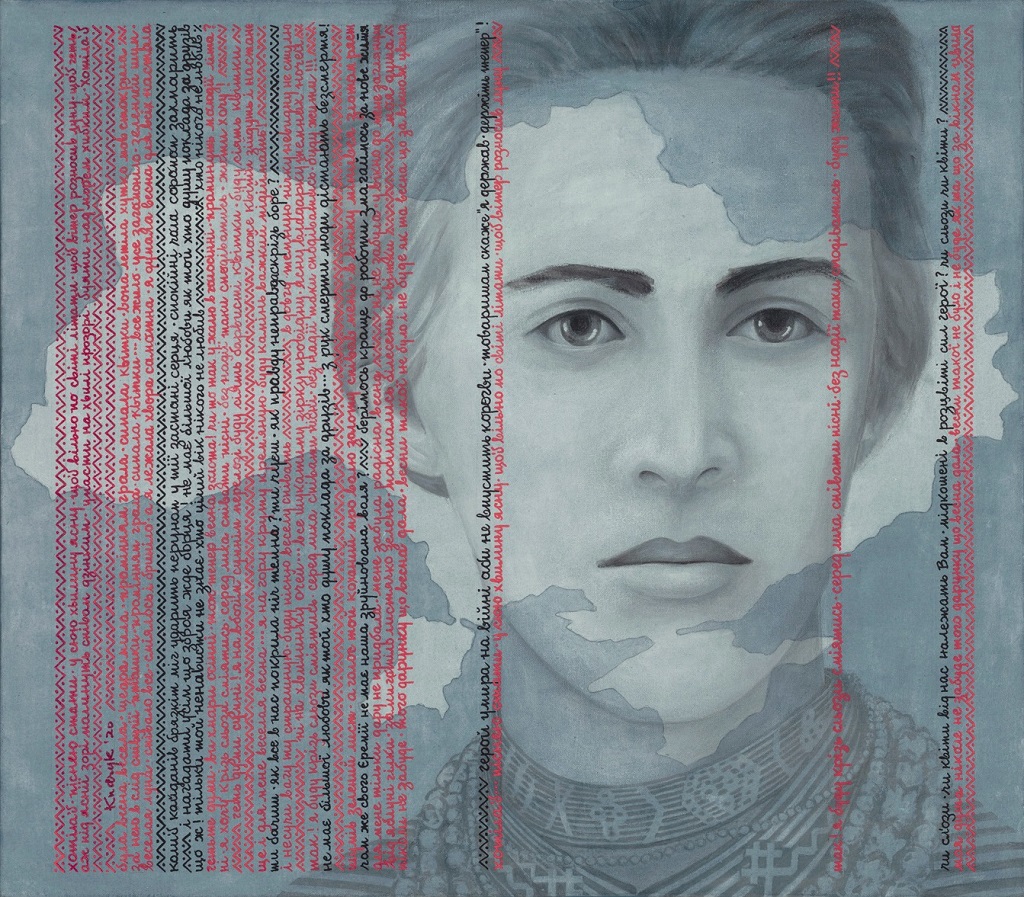 Ukrainian Canadian Art Foundation held the opening of the art exhibition “Reflections & Dreams” on November 7 at the KUMF Gallery, in celebration of the 65th anniversary of the Ukrainian Association of Visual Artists of Canada (USOM) and 150th Anniversary of birth of the distinguished Ukrainian poetess, writer, playwright and publicist Lesia Ukrainka.

“Sixty-five years is an important date, it is a certain milestone,” said the Consul General of Ukraine in Toronto Oleksandr Shevchenko at the exhibit’s opening, “and USOM has done a very important job in supporting Ukrainian artists and artists from Ukraine in Canada, disseminating the knowledge about Ukrainian arts in Canada about lively Ukrainian arts, which have bright achievements and wonderful artists.”

The exhibition’s theme is the title of Lesia Ukrainka’s second collection of poetry “Reflections and Dreams”.

“The theme, we believe, is in harmony with the aims of USOM,” said Oleh Lesiuk, President of the Ukrainian Association of Visual Artists of Canada, at the exhibit’s opening. “Artists transform their thoughts and dreams through their talent, imagination and emotions into concrete visual representations.”

Lesiuk said that, despite the pandemic, Lesia unites all Ukrainians, in Ukraine and around the world, as there have been many events dedicated to her.

Khrystyna Beregovska, an art critic who has done in-depth and thorough research into the work of Vasyl Kurylyk and many other artists of Ukrainian descent in Canada, said that there would not be such a unified Ukrainian nation in the cultural sphere if it were not for the existence of such artistic unions as USOM.

“What is interesting is that modern artists are breaking Soviet patterns about Lesya Ukrainka as a sick and weak girl,” Beregovska said via video conference from Ukraine.

“For example, Taras Boychuk chose the theme of a tree, which was a frequent character in Lesya’s works,” Beregovska said. “Moreover, Lesia drew tree branches in the margins of her notebooks. After all, she loved the forest and personified herself with living and mighty trees.”

Christina Kudryk’s work “Two Colours of Mine for Lesia Ukrainka” was showcased at the celebration of Lesya Ukrainka in Lviv this year.

“Kudryk portrayed Lesya as an archetype of strength and spirit, a nationalized image against the background of territorial Ukraine, and each black-and-white ribbon is like a journey through her difficult destiny,” Beregovska said.

With Beregovska’s assistance, Khrystyna Kudryk received a letter of thanks from Iryna Havryliuk, Director of the Department of Culture of Nationalities and Religions of the Lviv Regional State Administration, for her significant personal contribution to the “Lesya 150” project in Lviv, which was dedicated to the 150th anniversary of Lesia Ukrainka’s birth. The second award was given to Daria Darevych, a Canadian-Ukrainian researcher and art historian, for her significant contribution to the development of Ukrainian art abroad, her support and preservation of Ukrainian traditions in the Canadian-Ukrainian environment and on the occasion of the 30th anniversary of Ukraine’s independence. Sculptor and President of USOM Oleh Lesiuk also received the award for significant personal contributions to the development of Ukrainian art abroad.

“In the 65 years of our interesting and unforgettable history, our Association has united generations of talented and prominent artists,” said Lesiuk. “With your creative endeavours and dedication, you are making a great contribution to the development and popularization of Ukrainian art in Canada and to Canadian culture as a whole.”

The exhibit is open until November 28 at 145 Evans Ave, Etobicoke.