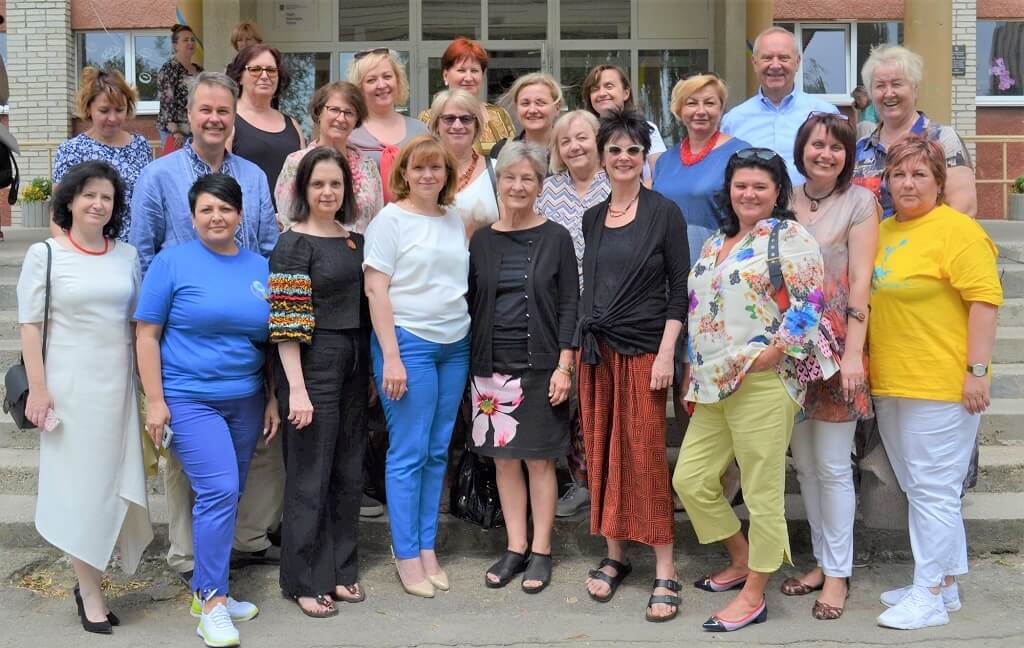 The Summer Institute of International Educational Coordinating Council (which is a council of Ukrainian World Congress) held its Courses for teacher professional development in Ukraine from July 3-12, 2019. The courses were held in Lviv and in Mukachevo.

The goal of the collaborative work was to prepare a new generation of teachers with a student-centered approach to teaching that fosters critical thinking and interactive, creative life-long learning.

For the second year in a row the courses focused on the preparation and development of material that facilitates school-based action plans that aim to implement the integration of the grade 5-10 curriculum. This year, the Summer Institute introduced a new course aimed at developing and implementing new teaching methodologies in Mathematics for the grade 5-10 curriculum.

During the first week of the Summer Institute, from July 1-5, 220 teachers and administrators from 25 schools from the Lviv region, in collaboration with their Canadian and Ukrainian colleagues, participated in workshops led by the Canadian and Ukrainian instructors. The main framework of the professional learning included the following principles of the New Ukrainian School: creativity, trust in the teacher and student, engagement and compassion, understanding of the competences needed for development at the high school panel, that is grades 5-10. The final products of these workshops were action-based school plans that focused on resource centres, consolidating future school teams, preparation of new professional development resources for all participants.

In the second week of the Summer Institute, from July 8-12, 17 school-based teams, which included 178 administrators, school psychologists and teachers from Mukachevo, participated in courses conducted by Canadian and Ukrainian educators. These courses focused on innovative learning materials that allowed the teams to develop school-based action plans that ensure the successful implementation of the New Ukrainian School curriculum for grades 5-10.

All of the Summer Institute instructors and co-instructors 2019 were recognized with a certificate of appreciation from the Mukachevo Transcarpathian Oblast.

The courses were co-sponsored by the Lviv Department of Humanitarian Affairs (Halina Slichna – director) and the Mukachevo Council of Education, Youth and Sport (Kateryna Kryshets – director). Financial support from Canada was provided by the CANADA-UKRAINE FOUNDATION (Victor Hetmanczuk – President) and by BUDUCHNIST CREDIT UNION (Oksana Prociuk-Ciz – CEO). Financial support from Ukraine was provided by the City Councils of Lviv (Andriy Sadovy – Mayor) and Mukachevo (Andriy Baloha – Mayor).