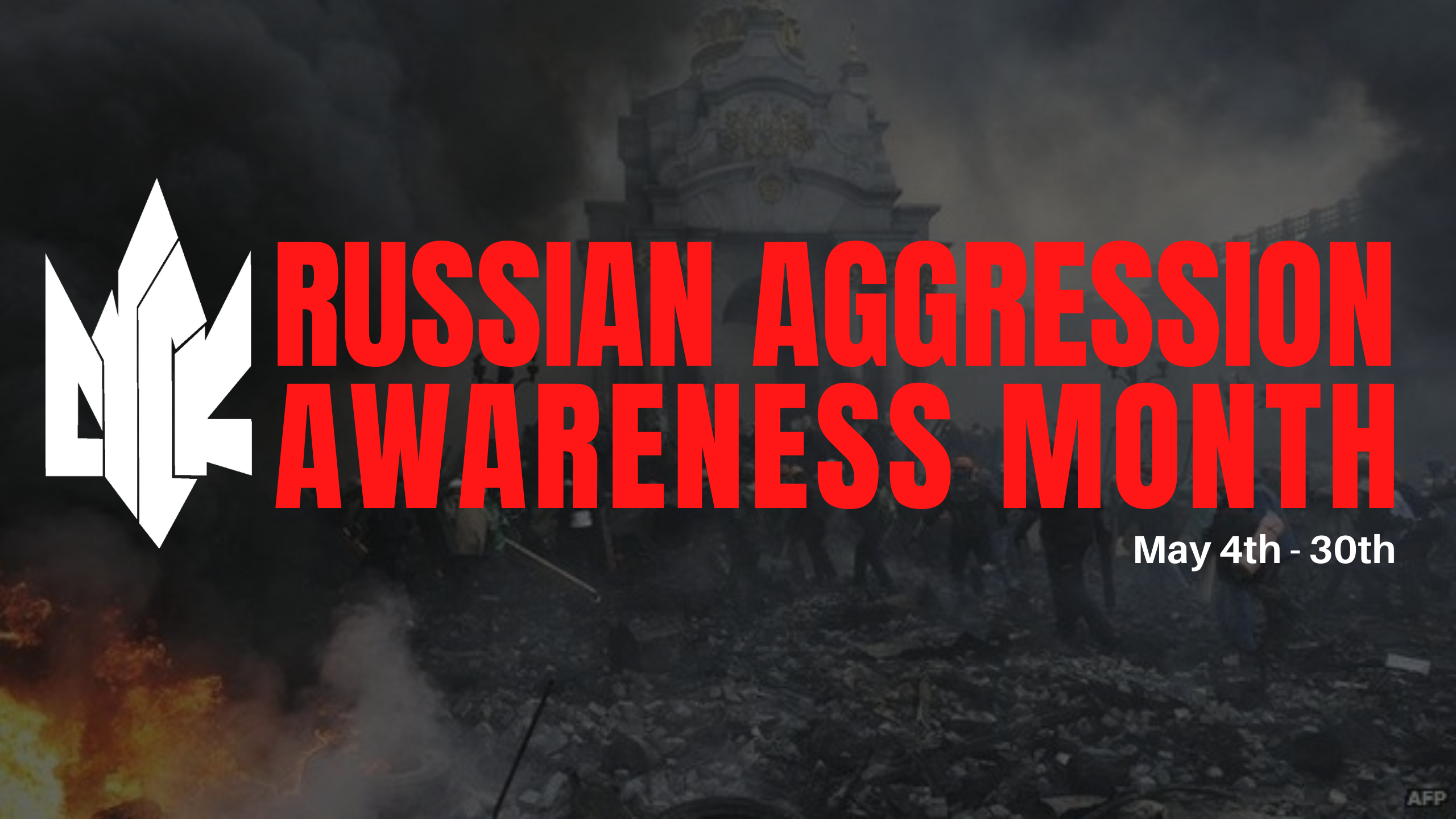 The Ukrainian Canadian Students’ Union (SUSK) launched its Russian aggression campaign at the beginning of May in an effort to educate young Ukrainians in Canada and the Canadian population about the ongoing conflict in Ukraine.

The campaign will be running until the end of the month and will feature several guest speakers and panel discussions focusing on topics such as the current states of Crimea and Donbas, as well as the Nord Stream 2 pipeline.

“The aim of this campaign is to raise awareness about the past and present acts of Russian aggression, as well as to educate Ukrainians and the general Canadian population about these acts of aggression,” said Maya Pankiw, SUSK’s media director and head organizer of the campaign.

Guest speakers include National Post journalist Diane Francis, who lead a discussion on the Nord Stream 2 pipeline on May 13 and Andriy Shevchenko, the ambassador of Ukraine to Canada who focused on Crimea and Donbas.

There will be a series of social media posts shared to SUSK’s Instagram and Facebook pages informing its followers about what is going on Ukraine’s front lines.

“As a whole, addressing issues pertaining to Ukrainians and educating Canadians on issues that are important to us as Canadians is a fundamental pillar in our mission as an organization,” Pankiw said.

“SUSK is always looking for ways to integrate important aspects of our Ukrainian heritage into the lives of post-secondary students,” Pankiw said. “This campaign was a perfect way to bring attention to the pressing issues in Ukraine.”

“By educating Canada’s young population on an important topic like this one, we would be able to inspire change and hopefully cause national awareness about the issue in a place of value and importance, such as Ukraine to most Ukrainian students,” she added.

Pankiw also mentioned that SUSK decided to launch the campaign in an effort to reignite the discourse around that which is happening in Ukraine, which has seemed to die down since the initial conflict arose in 2014.

“When we were planning this campaign, we realized that around the 2014 Maidan, there was a lot of public attention and awareness about Russian aggression in Ukraine. There was national media coverage, large protests and a large feeling of unity amongst Ukrainian Canadians who stood up for their motherland,” Pankiw said. “But since 2014, the spotlight on Ukraine has faded, but the acts of aggression in Ukraine haven’t. And so, we realized that there is a need to raise awareness once again and show the members of our community and all Canadians what was happening in Ukraine.”

Though this is the organization’s first Russian aggression campaign, SUSK is not a stranger to Ukrainian activism. Founded in 1953, its history is deeply rooted in taking a stance on issues pertaining to Ukraine and its independence from the perspective of students living in Canada.

As recently as the 2019-20 academic year, SUSK participated in a campaign that brought attention to Dougal MacDonald, an assistant lecturer at the University of Alberta who was identified as a Holodomor denier.

Following this, the University of Alberta announced several new initiatives that would be implemented in order to educate students, staff and faculty on the Holodomor and released a statement condemning MacDonald’s actions.

Through its work, SUSK was able to garner significant awareness surrounding the issue as well as the Holodomor and its impact on generations of Ukrainians in Ukraine and in the diaspora.

Similar to the organization’s previous efforts, with its latest initiative SUSK’s goal is to raise awareness among Ukrainians and non-Ukrainians in the diaspora who may not be familiar with the current events taking place in Ukraine. This includes issues such as Russian defence minister Sergei Shoigu’s recent announcement about sending some of Russia’s troops currently in Crimea back to their homebase in the Kremlin, though it is not clear if troops on Ukraine’s eastern front will recede as well.

“This is exactly the type of news that we want to highlight and let our students know about. As students ourselves, we know that it’s very easy to miss an event such as this one,” Pankiw said. “We hope to be able to highlight current events in Ukraine through the use of our campaign platform.”

Pankiw also said this initiative is something SUSK plans to continue on a long-term basis as the crisis in Ukraine persists.

“As the situation in Ukraine continues to develop and change, the Russian aggression campaign will continue to fulfil its goal of bringing awareness to students and Canadians as well,” she said. “SUSK as a whole is always ready to advocate for Ukraine and we are able to recognize its importance and positive impact in our lives. That being said, the Russian aggression campaign will always be an important element of SUSK and will continue to bring forth information going forwards.”