Ukrainian Canadian Mike Bossy, one of hockey’s most prolific goal-scorers and a star for the New York Islanders passed away on April 14 at the age of 65 after battling lung cancer.

Bossy was the fifth son among ten children. His mother Dorothy was English, and his father Borden, who maintained a backyard ice rink at their apartment building, was Ukrainian. His grandfather,

Volodymyr Bossy was a Ukrainian Canadian community activist who founded the Sitch movement in the 1930s.

Bossy had revealed his diagnosis in October in a letter to TVA Sports, reported CBC News and The Canadian Press.

“It is with a lot of sadness that I need to step away from your screens, for a necessary pause,” Bossy wrote in French. “I intend to fight with all the determination and fire you've seen me show on the ice.”

It's the third loss from that Islanders era this year after fellow Hockey Hall of Famer Clark Gillies died in January and Jean Potvin died in March.

“Though containing him was the obsession of opposing coaches and checking him the focus of opposing players, Bossy's brilliance was unstoppable and his production relentless throughout his entire career,” NHL commissioner Gary Bettman said April 15. “He thrilled fans like few others.”

“Mike Bossy was a name often mentioned in my household growing up as my father idolized him,” Islanders forward Anthony Beauvillier wrote on Instagram. “He would tell stories about how good of a goal scorer he is and how he would make it so easy. When I first put the [Islanders] jersey on, it's the first thing my dad told me `Same team as Mike.' It's always been an honour for me wearing the same jersey as Mike.”

Mike Bossy was ‘probably the purest goal scorer in National Hockey League history,' said Montreal columnist Dave Stubbs. Bossy will also be remembered as a family man and for his contributions to the larger hockey community.

Bossy helped the Islanders win the Stanley Cup four straight years from 1980-83, earning the Conn Smythe Trophy as playoff MVP in 1982. He scored the Cup-winning goal in 1982 and '83 — one of just two players to do so in back-to-back seasons. 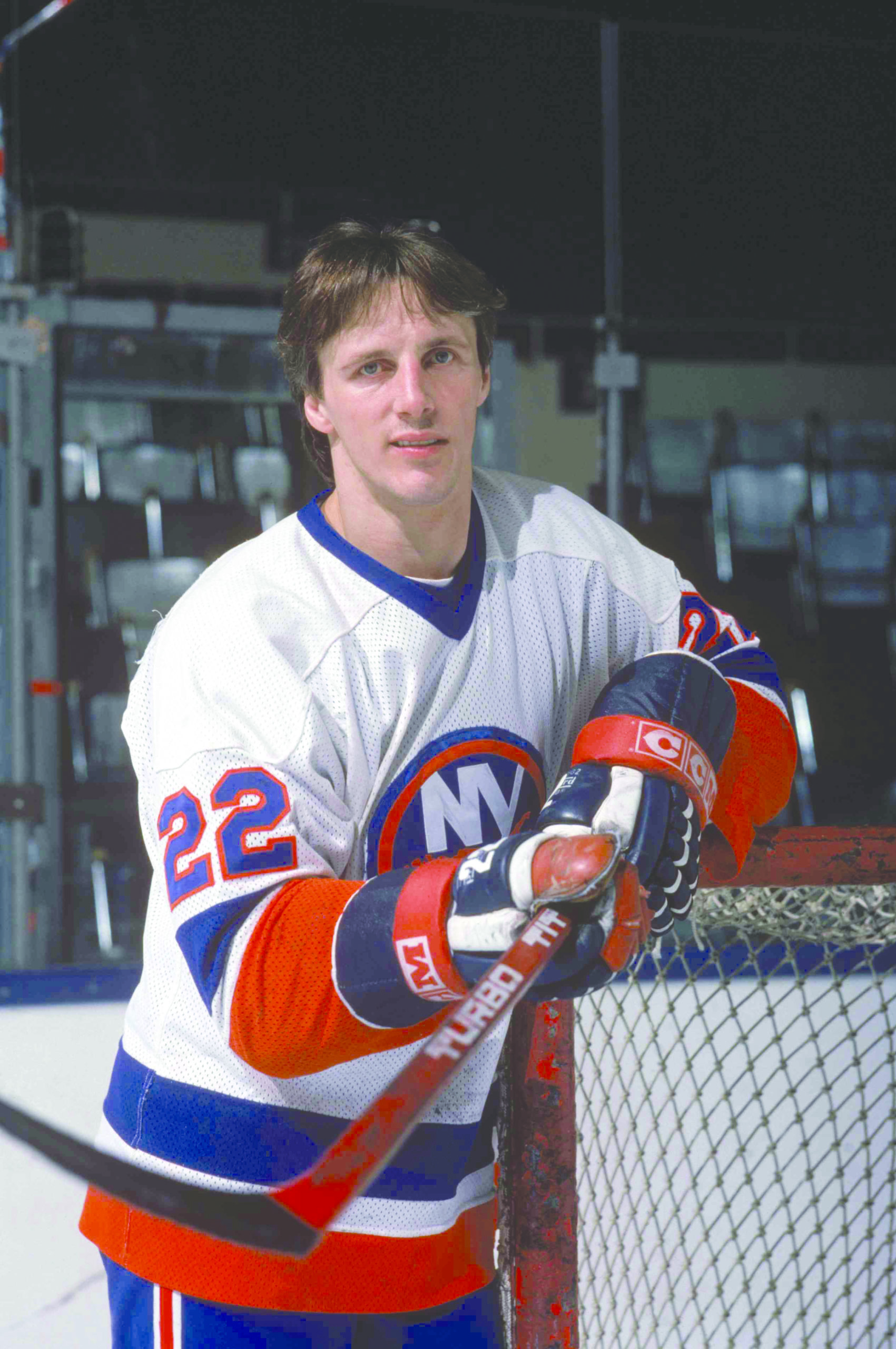 “That's certainly something I'm proud of,” Bossy said in 1983 after scoring the second Cup-winning goal.
Bossy was a first-round pick in 1977 and played his entire 10-year NHL career with New York. He won the Calder Trophy as rookie of the year, got the Lady Byng Trophy for gentlemanly conduct three times and led the league in goals twice.

“The New York Islanders organization mourns the loss of Mike Bossy, an icon not only on Long Island but the entire hockey world,” Islanders president and general manager Lou Lamoriello said. “His drive to be the best every time he stepped on the ice was second to none. Along with his teammates, he helped win four straight Stanley Cup championships, shaping the history of this franchise forever.”

Bossy scored 50 or more goals in each of his first nine seasons — the league's longest streak. He and Wayne Gretzky, also of Ukrainian origin, are the only players in hockey history with nine 50-goal seasons.

Gretzky's Oilers met Bossy's Islanders in a pair Stanley Cup finals, with the Edmonton side ending the Long Island dynasty in 1984 after getting swept by the Isles a year earlier.

The two all-time greats were Team Canada teammates on two occasions during the 1981 and 1984 Canada Cup tournaments. Canada won the '84 event, thanks to Bossy's tournament-saving overtime goal against the Soviet Union in the semifinal game.

“It was an honour to play with you. You will be missed,” Gretzky said in a Twitter post.

Bossy was just the second player to score 50 goals in 50 games — a feat that has only been matched three times since. He remains the all-time leader in goals per game in the regular season at 0.762, and only two players have recorded more hat tricks than Bossy's 39.

He ranks third in points a game and seventh on the all-time scoring list. Those are all in the regular season when Bossy put up some of the best numbers in the history of the game. In the playoffs, Bossy was even more clutch. He is the only player with four game-winners in the same playoff series and he scored three playoff overtime goals.

Led by Bossy, Gillies, Bryan Trottier and defenceman Denis Potvin, the Islanders succeeded Scotty Bowman's 1970s Montreal Canadiens as the NHL's next dynasty before Gretzky's Oilers took over the sport.

Bossy was an eight-time All-Star and finished with 573 goals and 553 assists for 1,126 points in 752 regular-season games. He was the fastest player to reach the 100-goal mark and currently ranks 22nd on the career goals list. In the playoffs, Bossy had 160 points in 129 games.

Back and knee injuries ultimately ended his career in 1987. He was limited to 38 goals in 63 games and unable to return for an 11th season.

Daughter Tanya Bossy said her father was “no longer in pain.”

“My dad loved hockey, sure, but first and foremost he loved life,” she said in a statement in French on behalf of the Bossy family. “Until the end of his journey, he hung on. He wanted to live more than anything.”

“I once asked Mike Bossy why he scored so many goals. Answer: ‘I rarely missed the net.' A true natural,” fellow Hockey Hall of Famer Hayley Wickenheiser, a four-time Olympic gold medallist for Canada, said in a Twitter post on Friday.

Before reaching the NHL, Bossy played five seasons in the Quebec Major Junior Hockey League with the Laval National. He had 602 points in 298 QMJHL games.

“I was born in 1975 and grew up in Laval, so I had an idea of the impact Mike had as a player. Mike was not just amazing on the ice, but off it too,” St. Louis said. “He came to present the trophies to the young people at the end of each season. I have pictures with Mike when I was very young. He gave his time to come and encourage young people, it was something special.”

Off the ice, Bossy was a leader in the movement to reduce fighting in hockey. In 1979, he told the media that he was never going to fight on the ice.

He wrote about his anti-fighting stance in a 2017 article for The Players Tribune titled “Letter to My Younger Self.”

“You need to be prepared for the names you're going to get called. You need to be prepared for how people are going to look at you for making a statement like that in 1979. For a guy who is already unfairly labelled as `timid,' this is going to be a big deal. Some people in the hockey world will simply not accept that someone who doesn't fight can ever be a winner,” Bossy wrote.

In the same article, Bossy also told his 14-year-old self that in the future, hockey players would take better care of their health.