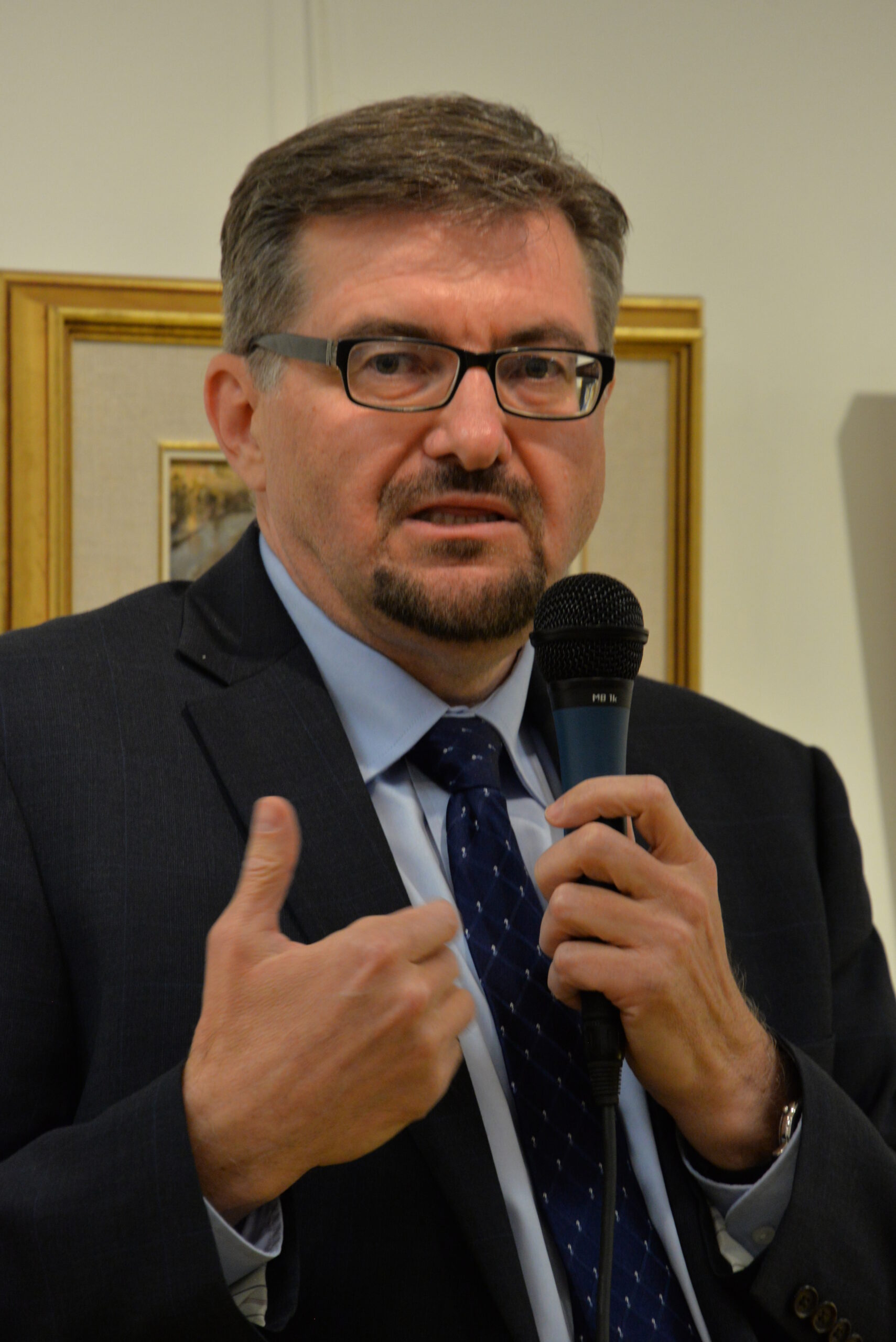 Anyone with even a cursory knowledge of history knows how the 1962 standoff between the United States and the Soviet Union nearly resulted in nuclear war. Little is known, however, on how much the Cuban missile crisis had to do with Ukraine. In a recent 2021 Wolodymyr Dylynsky Memorial Lecture, hosted online by the University of Alberta, Harvard History Professor Serhii Plokhii highlighted a number of specific examples of a Ukrainian connection that shows up in the Cuban crisis.

Plokhii, a Ukrainian American historian, recently published a book on the topic. https://www.penguinrandomhouse.ca/books/671117/nuclear-folly-by-serhii-Plokhii/9780393540819 Packed with fresh information from previously classified sources, including a KGB archive on the Cuban crisis no researcher has previously accessed, Plokhii’s book Nuclear Folly explores how the Americans and Soviets misread each other, operated under false information, and “came perilously close to nuclear catastrophe.”

The idea of the book stemmed from another Plokhii’s research on Chornobyl. He was pursuing a general history of nuclear energy when he discovered a number of facts that intrigued the historian. He learned that for a decade he had lived on the street in Dnipropetrovsk where every single missile that was delivered to Cuba was built. Plokhii also happened to meet with relatives and parents of those who served in Cuba in 1962-1963 as part of the Soviet personnel there.

These findings eventually determined his next steps. Plokhii went to the archives of the Security Service of Ukraine where he discovered – to his own surprise – what he called a “treasure trove.” He didn’t expect to find out more than he knew at that time on the topic but uncovered a lot of ties to Ukraine and Ukrainian history in the Cuban crisis that have not been explored before.

According to Plokhii’s research, around 80% of the missiles and personnel that were sent to Cuba came from the Ukrainian Black Sea ports, some in the Crimea, others in the port cities of Mykolaiv and Odesa. The archives also revealed that the KGB officers accompanied ships going to and from Cuba. There was also a specific unit of the KGB that dealt specifically with the Black Sea and Azov area. As part of operation Anadyr, some 86 merchant ships were used to transport troops and equipment, allegedly carrying agricultural equipment to Cuba. Even the captains and troop commanders didn’t know their final destination.

After digging through the reports, Plokhii also discovered “suspiciously too many people with Ukrainian last names” on the Soviet side that were involved in the Cuban crisis. “It is almost too funny,” he continues, adding that some of the names were Harbuz (Ukrainian for pumpkin) and Hrechka (Ukrainian for buckwheat). Why this was a case is still a mystery, he admits, adding that he was never able to understand why there were so many people related to Ukraine in the Cuban crisis.

In 1962, Soviet leader Nikita Khrushchev went public to say that “the USSR could produce missiles like sausages.” Many of those came directly from Ukraine. During the lecture, Plokhii explained that the majority of the missiles that were sent to Cuba were previously deployed in Ukraine, particularly in eastern and central regions. “They also placed intermediate and medium range missiles in Ukraine because the country is close to Europe. The area from which they removed missiles to send to Cuba was still in Ukraine, but it was farther from the western border.”

Another Ukrainian connection uncovered by Plokhii, was a Ukrainian within the top Soviet Cuban personnel. General Igor Statsenko, a native of Chornobyl, practically brought Chornobyl to Cuba. He was a commander of the 51st missile division in Cuba named Statsenko and “many of the things that were done in Cuba were done by him or under his supervision.” Statsenko was in charge of an division that included two regiments of R-14 (8K65) missiles (24 missiles with a range of 4000 km, equipped with 16 one-megaton thermonuclear warheads and eight 2.3-megaton superpower charges) and three regiments of R-12 (8K63) missiles (36 missiles with nuclear charges and a range of 2000 km). Some of Statsenko’s missiles could have easily reached Berlin, Paris and even Madrid. He was also the one who decided to shoot down a U.S. U-2 spy plane over Cuba during the crisis.

As the world is at the beginning of the new nuclear arms race, with the discontinuation of the old Cold War era agreements, Plokhii’s book comes as a timely reminder of how nuclear testing and the potential for nuclear war affects everybody in the world. And how Ukraine also needs to be pro-active to influence such decisions.