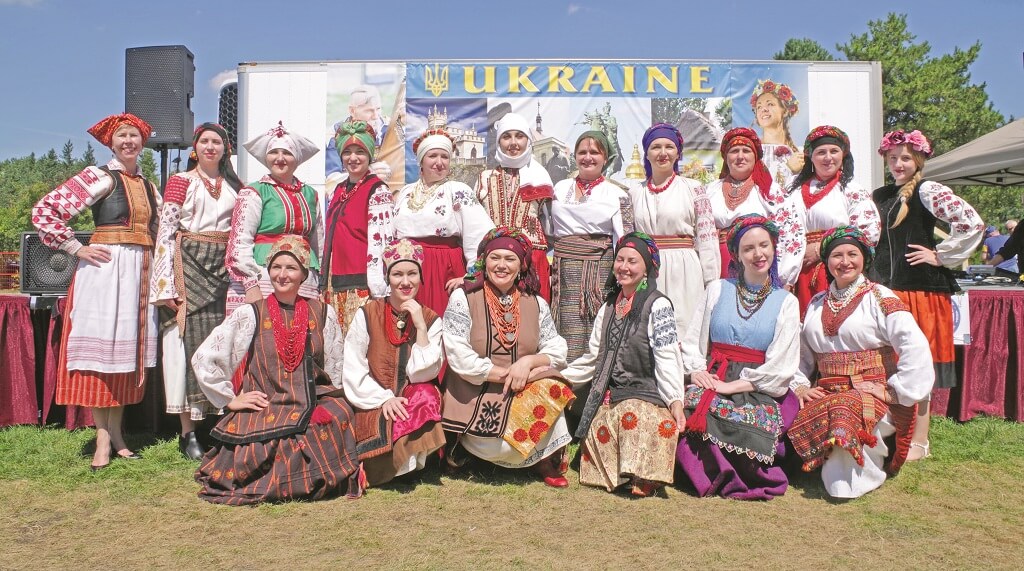 The Edmonton Branch of the Ukrainian Canadian Congress had a tremendous premiere as the official host of the Ukrainian Pavilion at the Servus Heritage Festival, held in Edmonton’s Hawrelak Park, August 5 – 7.

Over 470,000 people attended the three-day event which featured 71 pavilions, representing 100 countries and cultures with 25 stages, most of them shared.

UCC Edmonton took over the organization of the Ukrainian Pavilion, which hosts a food tent, arts and crafts tent and one of the few exclusive stages, took over this year from the Ukrainian Catholic Brotherhood of Canada, Edmonton Eparchial Branch, which had organized the event for years.

“We had a lot of success. We were able to fill over 200 volunteer shifts,” said Orysia Boychuk, President of UCC Edmonton. “We are very grateful for having the support of the community in making this happen.”

Several new features were added this year including a photo booth, where people could pose for pictures wearing Ukrainian outfits, a quiz on Ukrainian knowledge with prizes accorded in relation to the number of correct answers, arm wrestling matches between representatives of different countries and a Ukrainian sing-a-long.

“It was a fun event. It was something different and we hope to incorporate that in years to come,” said Boychuk.

As usual the food tent proved very popular, so much so that the volunteers had a hard time keeping up with the volume of varenyky desired by the ravenous visitors queued up for the meals.