UCC asks feds to deny Ovechkin a visa. Says Ovechkin continues to support Putin even in the face of Russia’s genocidal war in Ukraine 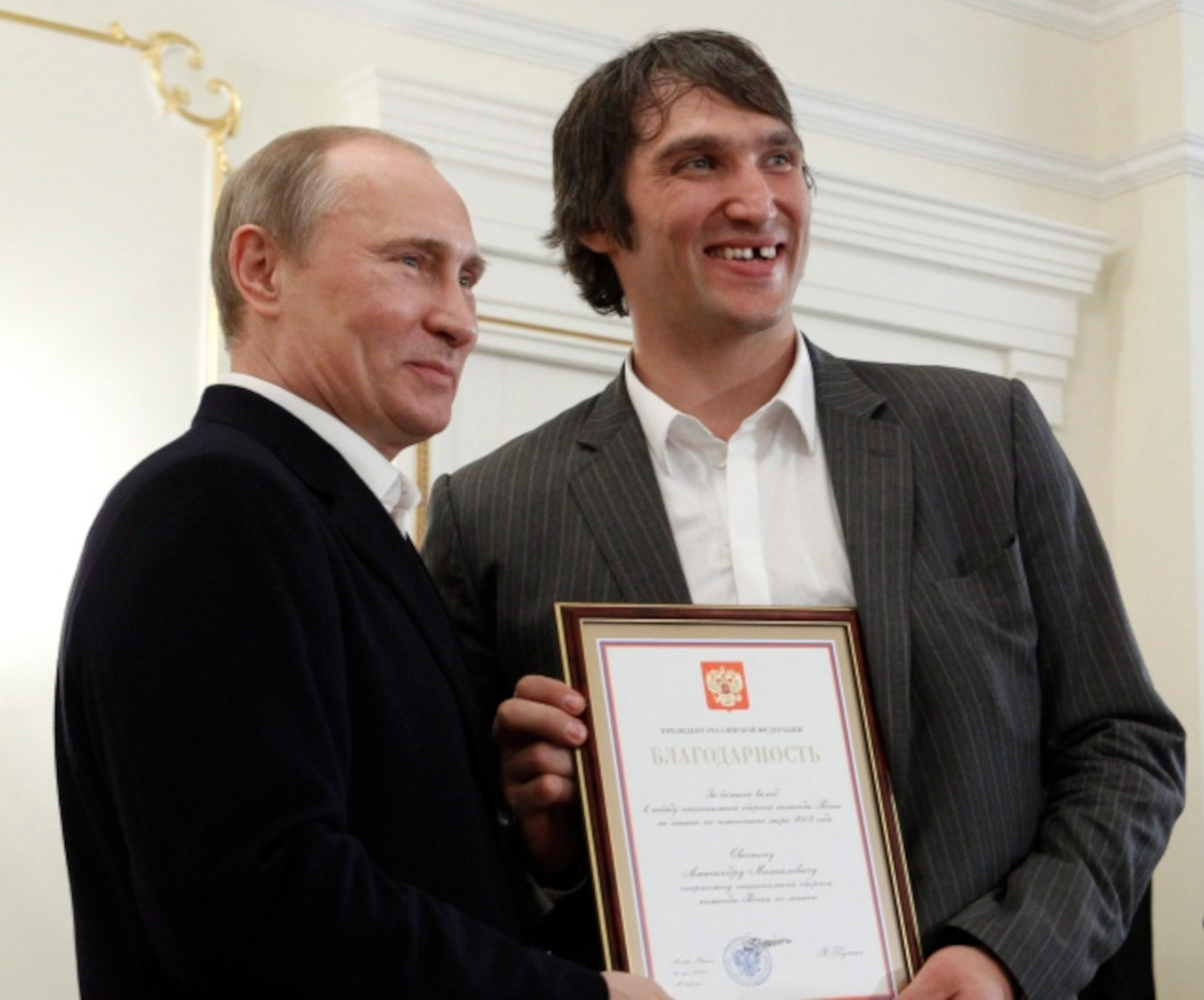 Alexander Ovechkin, right, holds a certificate of recognition given to him by Russian President Vladimir Putin

The Ukrainian Canadian Congress has asked the Federal Government to deny a visa to Washington Capitals superstar Alexander Ovechkin due to his support for Russian dictator Vladimir Putin’s war against Ukraine.

In a December 29 letter to Mélanie Joly, Minister of Foreign Affairs, and Sean Fraser, Minister of Immigration, Refugees and Citizenship, UCC National President Alexandra Chyczij points out that as a citizen of Russia, Ovechkin needs a visa to play hockey in Canada.

She asked that he be denied such a visa prior to the schedule game between the Capitals and the Toronto Maple Leafs in Toronto on January 23.

As of January 16, the UCC has not received a response.

“Ovechkin has been a long-time supporter of Russian President Putin having campaigned for him in the fraudulent Russian election in 2018. Ovechkin continues to support Putin as ‘his President’ even in the face of Russia’s genocidal war in Ukraine. Ovechkin has never condemned Russia’s genocidal war and continues to post a photo of himself with Putin on his social media account,” states Chyczij.

“Ovechkin’s refusal to speak out against the genocide Russia is committing against Ukraine, and his ongoing support of Putin and the Russian regime is offensive to the Ukrainian community in Canada.
“Permitting Ovechkin to enter Canada would send the wrong message to Canadians who are already perplexed by what appears to be the unwillingness of the Government of Canada to act against the Russian regime here in Canada. This is evidenced by: the attendance of a representative of Global Affairs at an event in the Russian Embassy; the refusal of Canada to expel Russian diplomats from Canada despite the fact that many allied countries have done so; the refusal to address the vandalism committed against a Ukrainian symbol in Ottawa by persons who emerged from a diplomatic vehicle of the Russian embassy; and the failure to address the security concerns of Ukrainian Canadians who have been targeted by supporters of the Russian regime in Canada.

“This inaction on the part of our Government is, in the view of our community, entirely unjustified and potentially dangerous to the safety of Canadians.

“Ovechkin had returned to his native Russia in the off-season. Unlike some other Russian hockey players, in September, Ovechkin made a conscious decision to return to the Washington Capitals in furtherance of his commercial interest.

“Allowing Ovechkin to enter and play in Canada would be perceived as preferring the commercial interests of Ovechkin and the National Hockey League over the lives of Ukrainians and would be particularly painful to the families of the many world-class Ukrainian athletes who have lost their lives as a result of Putin’s genocidal war.

“Canada is under no obligation to allow Ovechkin to enter our country. In the view of the UCC, allowing persons who do not oppose genocide to enter Canada is incompatible with Canadian values,” adds Chyczij.