Trump congratulates Zelenskyy on “the very good start of work” 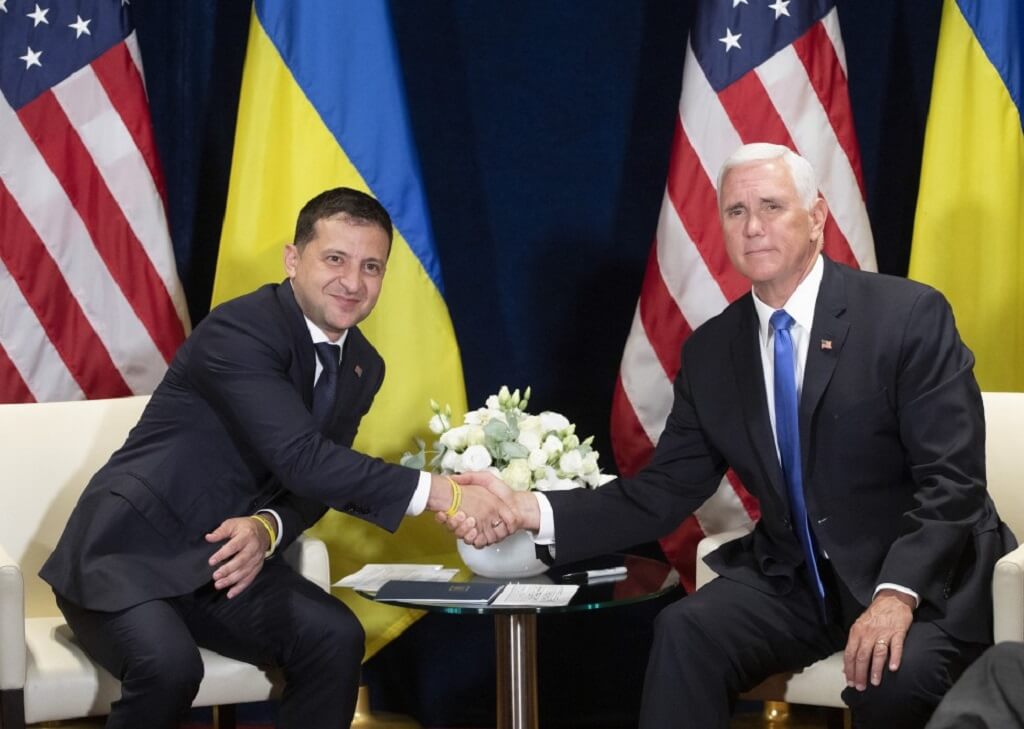 U.S. Vice President Mike Pence met with Ukrainian President Volodymyr Zelenskyyy and passed to him congratulations from American President Donald Trump on his successful start as the head of State.

“I want to congratulate you. I am very pleased to meet you personally and congratulate you on behalf of President Donald Trump on your very good start as the President of Ukraine”, said Mike Pence during his meeting with Zelenskyy in Warsaw on September 1. The top officials arrived in the Polish capital to take part in memorial events to mark the 80th anniversary of the start of World War II.

For his part, the President of Ukraine thanked his American counterpart. “I want to say thank you to President Trump and express my gratitude to him for his congratulations on my victory”, said Volodymyr Zelenskyy. In the course of his meeting with Mr. Pence he also assured that all major reforms would be launched in Ukraine already during the first year of his presidency. The Ukrainian President stressed, “Do not want to wait for five years. We plan to start next year the most important reforms that the society is looking forward”.

In commenting on the results of the meeting of Vice President Mike Pence and President Volodymyr Zelenskyy, the U.S. President’s National Security Advisor John Bolton said that “the US has stood, and will continue to stand with the people of Ukraine on their security and territorial integrity”. He tweeted his comment on Monday, September 2.

“Good being in Poland with the VP. During his meeting with President Zelenskyyy, the VP’s message couldn’t have been more clear: the US has stood, and will continue to stand, with the people of Ukraine on their security and territorial integrity”, wrote John Bolton.

Donald Trump and Volodymyr Zelenskyy have planned to meet in Warsaw. However, on August 30, the American President cancelled his planned trip to Poland in order to control the situation in the country because of moving to Florida Hurricane Dorian.