The threat from America’s far-right 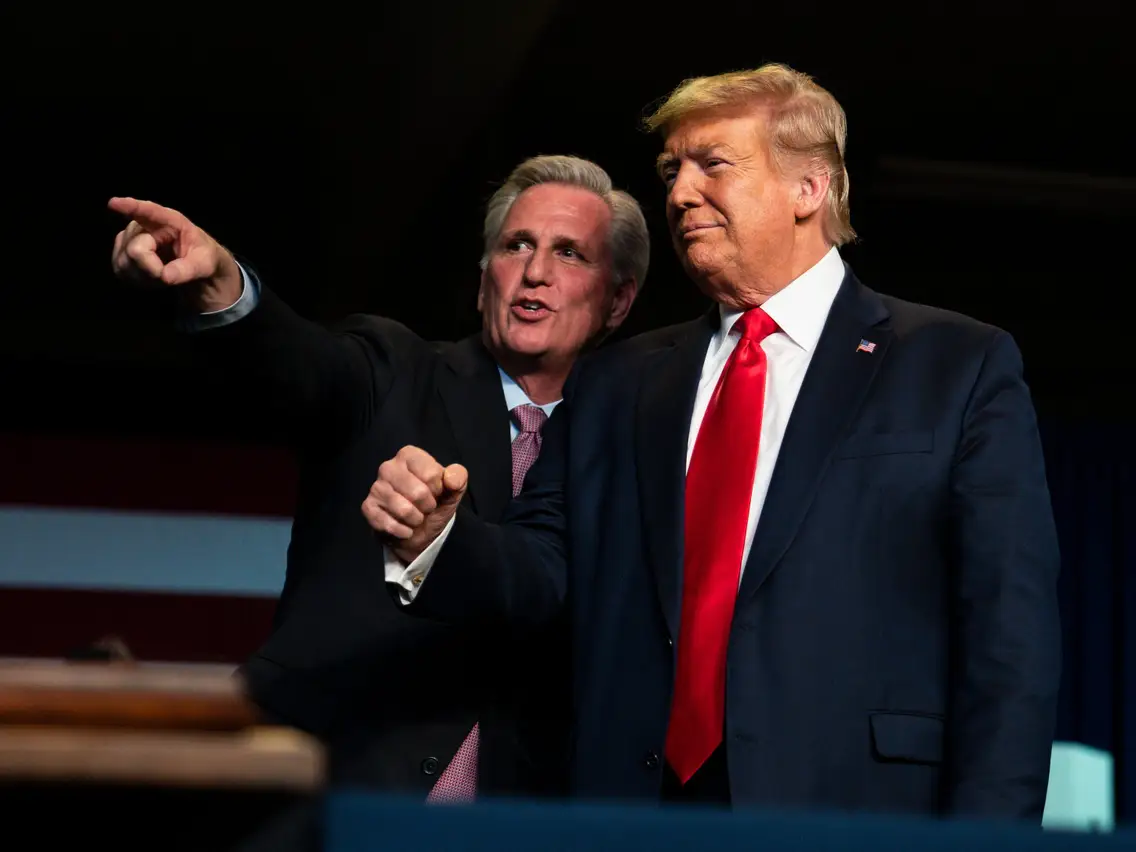 Exceeding all expectations, Ukraine’s Armed Forces (UAF) have been able to put up a remarkable defence of their homeland. Although much of that is due to the valour and discipline of the soldiers themselves, the supply of Western, particularly, U.S., weapons has been decisive. Whether the supply Ukraine needs to successfully end this conflict will continue throughout 2023 remains to be seen.

While there is widespread bipartisan support for Ukraine in the U.S. Congress, there is a minority group of far-right, pro-Trump MAGA (Make America Great Again) Republicans who firmly oppose any aid to Ukraine. Though they are a minority, the razor-thin majority the Republicans hold in the House of Representatives allows them to exercise much more power than they would have been able to otherwise. Nowhere was this more evident than in the 15 rounds of voting it took to finally elect California representative Kevin McCarthy as Speaker of the House. Even so, he failed to get an absolute majority of 218 votes and got elected only because six holdouts agreed to vote “present” (abstain) lowering the threshold he needed for a majority.

Even so, they were able to get just about everything they wanted from McCarthy in the form of concessions. Most of these were for procedural matters, but it also gave them a lot more power in terms of setting the legislative agenda and obtaining committee chairmanships. But the most dangerous concession from the Ukrainian point of view was the agreement to cap fiscal year 2024 discretionary spending across government at 2022 levels. This would mean $75 billion in defense cuts, much of which has been earmarked for Ukraine.

According to The Washington Post: “McCarthy, after watching the Freedom Caucus end the speakerships of John A. Boehner and Paul D. Ryan, learned to keep its members close. He is already signaling that he’ll take up some of the bloc’s demands, such as repealing the IRS expansion, blocking future aid to Ukraine as it fights Russia’s invasion, and using the debt ceiling as leverage to win concessions from the Biden administration.”

Of the 20 Republicans who initially voted against McCarthy, 14 were among the 57 who consistently voted against aid to Ukraine in the previous Congress, five were elected for the first time in 2022 and just one – Maryland’s First Congressional District Representative Andy Harris, who is Co-Chair of the Congressional Ukraine Caucus and the son of a Ukrainian mother who fled communist Eastern Europe following World War II, supports Ukraine. Another strong supporter of Ukraine, Indiana Representative Victoria Spartz, who is the first Ukrainian-born female member of Congress and the first member born in a former Soviet republic, voted “present” during the first 11 ballots then switched to supporting McCarthy on the 12th. Two of the representatives who opposed McCarthy, Matt Gaetz and Lauren Boebert refused to stand or applaud Ukrainian President Volodymyr Zelenskyy during his December 21 address to the joint session of Congress. Boebert even went so far as to tweet that the chaos caused by the continued deadlock in electing a speaker was fine because “the government isn’t spending money sending it to Ukraine so the American taxpayers are certainly winning.”

The Ukrainophobia of MAGA Republicans is fed by the pro-Russian propaganda which is being regurgitated by many conservative commentators. Chief among them is Fox News anchor Tucker Carlson, who had an on-air meltdown following Zelenskyy’s speech to Congress mocking lawmakers who applauded of “clapping like seals” and complaining that the Ukrainian president was “dressed like the manager of a strip club”, a reference to his battle fatigues. Another is The Daily Wire talk show host Candace Owens who has consistently spouted Russian propaganda, including the false claim that Russia created Ukraine. She reacted to Zelenskyy’s address by storming ““Stop stealing from our people while your wife drops tens of thousands of dollars shopping in Paris. Despicable.” That was a direct reference to the totally false rumour that Oksana Zelensky spent over $40,000 on a shopping spree.

That claim is a classic example of how false Russian propaganda hits the U.S. airwaves. Newsweek Magazine conducted a fact check on the story and determined it was unfounded.

“Claims that the first lady of Ukraine Olena Zelenska went on a shopping spree during her visit to Paris this month are not supported by credible evidence.

“They appear to stem from a single tweet posted by an unverified and low-engagement Twitter account, which provided scant details about the alleged purchases, simply citing an anonymous source.”

It is quite ironic that conservative Republicans are complaining about the cost of U.S. aid to Ukraine. To date the United States has sent $54 billion to Ukraine. Compare this with the 2003 – 2010 Iraq war which, according to a recent report from Brown University cost just over $1.1 trillion. Not to mention 4,550 service members who died. And that was a war that the U.S. launched under false claims that Iraq was developing Weapons of Mass Destruction (WDMs).

Ukraine, on the other hand, is a country that voluntarily surrendered its WDMs – at that point the third largest nuclear arsenal in the world – under the Budapest Memorandum of 1994. It did so in return for guarantees of its independence, sovereignty and territorial integrity. One of the three other signatories, the Russian Federation has grossly violated this agreement. The other two, the United Kingdom and the United States, were not legally obligated to come to Ukraine’s defense, but they certainly have a moral obligation to do what they can and that includes supplying aid.

And seldom in history has the battle between good and evil been so pronounced. Ukraine is strictly adhering to the Geneva Conventions while Russia is committing every war crime imaginable. Ukraine is fighting for its very survival as a nation against a genocidal aggressor. It is fighting for freedom and democracy. It is fighting for the same values the United States has stood for since the Declaration of Independence. As Zelenskyy put it to Congress; “Your money is not charity. It is an investment in the global security and democracy.” That sums it up perfectly. This is not the time to be cutting aid to Ukraine – especially as it is winning on the ground. Those pundits who so readily espouse Russian propaganda in the face of indisputable facts, and those politicians who rant and rave about the aid that is being sent to Ukraine are abandoning the very principles that are the foundation of the United States as a nation.