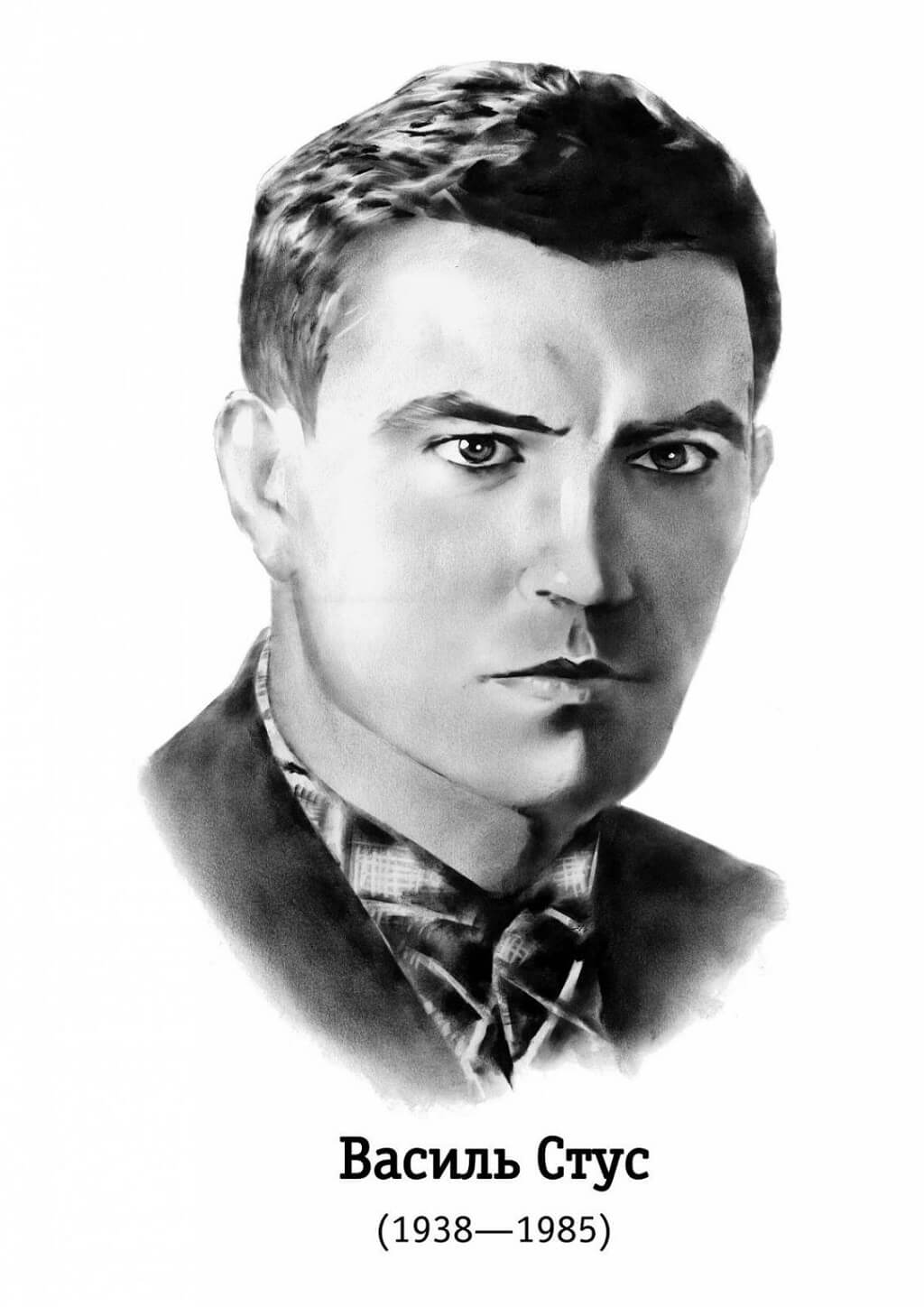 An Affiliated Lecturer in Ukrainian Studies at the University of Cambridge Bohdan Tokarsky wrote recently:

“This Spring, facing a global pandemic in response to which we have had to isolate ourselves, many turned to literature for encouragement and direction. Boccaccio, Defoe, and Camus may teach us a great deal about life in the shadow of plagues, but few authors provide a better example of surviving and finding meaning in isolation than Vasyl Stus (1938–1985), one of Ukraine’s most sophisticated 20th-century poets… For his uncompromising moral stance and defiant behavior, prison administrators repeatedly placed him in solitary confinement. In 1983, after his diary had been smuggled out of the camp and published outside the USSR, he spent an entire year alone in a cell. Two years later, he was dead…”

Vasyl Stus was a Ukrainian poet, human rights’ activist, dissident and hero who died in a Soviet prison camp on the night from September 3-4, 1985. This year marks the thirty fifth anniversary of his tragic death. At the time of his demise he was only 47 but his health was significantly undermined so that the specific cause of death was undetermined. Even so at the time he insisted on a hunger strike to protest Russian Soviet oppression.

Vasyl Stus belongs in the leading ranks of the Ukrainian “shestydesiatnyky” (artists and writers of the 1960’s), dissidents and heroes. He was the son of Vinnytsya where he was born, but not less the child of the Donetsk region where he studied and taught the Ukrainian language and a native of Kyiv where he worked prior to his first arrest in 1972 and before his second incarceration. His first five year imprisonment he spent in Mordovian camps, followed by two years of exile in the Magadan Siberian region.

On May 14, 1980 the poet again was arrested. At the end of September 1980 a trial was held at which Stus was convicted and sentenced to ten years imprisonment and five years of exile. In November 1980 he began serving his sentence at the camp of special regime in the village of Kutchino Chusovsky in the Perm region. In the spring of 1981, Stus last saw his family. All of 1982 Stus endured isolation. During this 1980-1985 period V. Stus wrote the last collection of his poems. He died at punitive confinement and was buried in an unmarked grave at the camp cemetery. Four years later, on November 19, 1989, his remains were transferred to Kyiv and reburied.

His name was deified practically by his peers as well as in today’s independent Ukraine. His is the name of a symbol. of unblemished purity, love and devotion. About this human need for virtue Vasyl Stus wrote as a father to his only son Dmytro whom he knew very briefly:

“Be pure — at any price…in both body and soul. It helps a soul (take a shower for your soul by analysis through your own judgment: And then do what is needed to be better, honest, smarter. Consider what you need to do so as not do what you did? And why? And what shall I do to be better, to be cleansed of one or another filth, to atone for my sin.) It’s a self-confession. “

Stus’ name is connected to his polar opposite as well, the current odious oligarch, Viktor Medvedchuk, who was appointed as his court defender by the Soviet authorities. Stus refused his services, but the court permitted Medvedchuk in the name of Stus to confess to all charges. These two “human beings” could not be more different.

The irony of our tragic history is that the very good, pure Ukrainian man has long ago left this world, and his betrayer and executioner then continues to perform the dark and evil work in the very holy land for which the good man gave his life. Today, the same Medvedchuk is trying to clear his part in the Stus biography in a Ukrainian court as if it really matters.

Vasyl Stus’ eponymous last will and testament was written in the Perm camp. The poem was first released in 1986 just after his death

“How good that I am not afraid of death,
And do not ask how heavy is my cross.
That I not bend before mendacious judges
In anticipation of an unknown fate.
I have lived and loved and not fallen prey
To hatred, curse or remorse.
My nation, to you I shall return,
And in death I will turn to life
With my afflicted yet unblemished face,
As your son, I will fall upon the earth
And honestly gaze into thy honest face ,
And drench myself with honest tears. “

To Ukraine the poet returned as he foresaw “My nation, to you I shall return” and indeed “in death I will turn to life… As a son, I will fall upon the earth “ but only after the term of his sentence expired and the poet was rehabilitated. This was the brutal necessity of Soviet reality.

“The poet is condemned to speak the truth in a world where “truth” is considered a superstition. Power substitutes for right and deviousness for intelligence. For Stus, this is the frozen, the “snow” that keeps the Regime functioning at the mass level…Blue is the uniqueness of Ukraine, the oak is the strength of the nation. The candle is existential, the soul and its ability to reflect; in shadow this is bad faith. The nature of the Soviet state created an automaton. Not a person with memory or history, but a shadow, a grew man incapable of seeing the sky, the mass. “Accustomed to the ground,” or the Masonic idea of being “on the level” is the “solidity” of routine. This is largely a delusion for most, though the energy to cut through it is rare. The Blue Sky is the hope for a free Ukraine, as her color for Stus is blue, and the sky that of freedom, the ethereal…”

In the ancient city of Kyiv at Baikove Cemetery somewhat distanced from the rest of the tombs there are three large stone white crosses visible from afar. The remains of Vasyl Stus, Oleksa Tykhyj and Yuri Lytvyn are buried beneath them, all Ukrainian human rights defenders, heroes, prisoners from a Soviet prison camp. For national purification, every Ukrainian should go there, to pray and reacquire a fresh purity and strength of spirit. It is a national pilgrimage, because these are our heroes. Vasyl Stus represents the greatest and purist good and unqualified devotion to his Ukrainian people and our land.