“They toiled with bended backs, not only for themselves, but for their descendants. Us, among them. We are the benefactors of their dedication and we humbly continue to carry the torch of our culture, our nation, and our homeland in their name.” 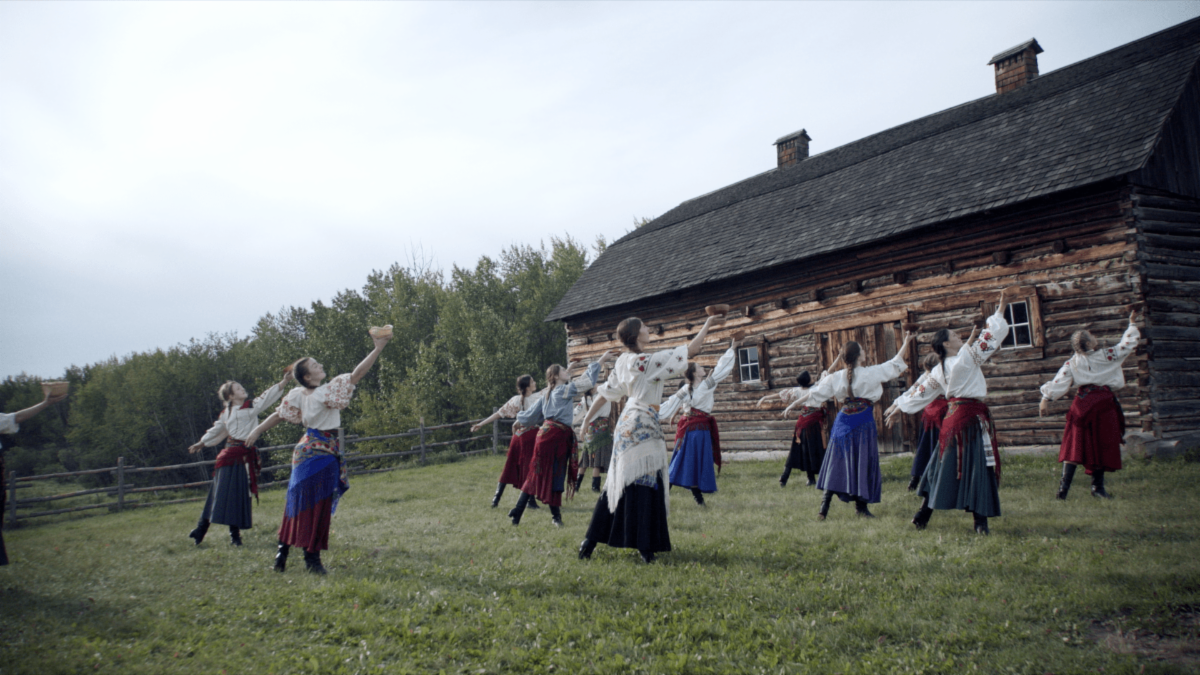 Over the last three years, the arts community has explored new ways to share its stories and its works despite the restrictions of the pandemic. Digital forms of dance have become increasingly common and Shumka has created three short film projects since 2020. Through a series of vignettes and dances filmed at the Ukrainian Cultural Heritage Village, Promised Land celebrates the Ukrainian immigrant journey in Alberta, specifically marking the 130th Anniversary of Ukrainian Immigration to Canada (2021).

Originally part of the Shumka on Tour production in 2022, Promised Land is an homage to the Ukrainian ancestors who persevered with faith and determination for a better life in a new place.

Promised Land was honoured with the following awards in 2022: William & Mary Kostash Award for Media Arts from the Ukrainian Resource & Development Centre of MacEwan University, FAVA Fest Award for Outstanding Inter-Art or Installation, FAVA Fest Award for Outstanding Production Design, and Official Selections of DANCINEMA and Rethink Dance Film Festival. Shumka is thankful for the support of the Temerty Foundation Community Development Fund, the Film and Video Arts Society of Alberta through the FAVA Studio 19 Project, and The Bloor West Village Toronto Ukrainian Festival.