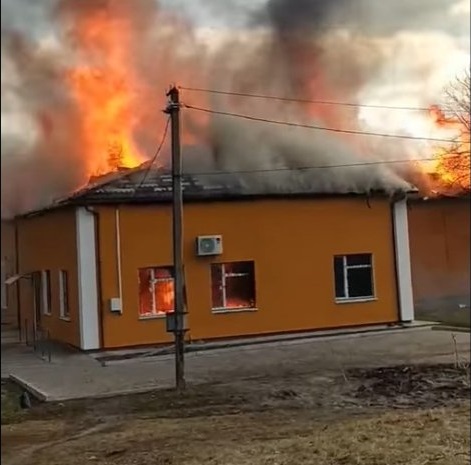 The inventory of Ukraine’s cultural heritage sites by Cultural Heritage Monitoring Lab of Virginia Museum of National History already counts more than 20,000 sites. The rich Ukrainian culture is the manifestation of the national identity. It is also what russia had been trying to deprive Ukrainians of for centuries and went on doing so more radically after further invading the country two months ago. russia perceives Ukraine’s civilizational heritage either as a threat or an object of appropriation. «Now, escalating cultural heritage losses might not just be a sign of unfortunate collateral damage, but part of a deliberate Russian strategy to undermine Ukrainian cultural identity and its claims to nationhood» — Brian I. Daniels reports. Since the end of February, hundreds of Ukraine’s cultural and historic sites, memorials, and places of worship have been damaged.

Article 8 of the Rome Statute of the International Criminal Court defines the attack on the sites of cultural heritage as a war crime. The ressians destroyed Ivankiv Historical Museum that contained several dozens of Mariia Pryjmachenko’s. It was deliberately targeted, as no other surrounding building got damaged in the course of the attack. It is just one out of many deliberate assaults on the Ukrainian cultural sites since February 24th.

There are seven UNESCO World Heritage sites in Ukraine. As of April 14th, UNESCO acknowledged the damage to a total of 102 cultural sites across the country, including 47 religious buildings, 9 museums, 28 historical buildings, 3 theaters, 12 monuments and 3 libraries. In the regions of Chernihiv, Kyiv, Kharkiv, Zaporizhzhia, Zhytomir, Donetsk, Luhansk and Sumy, the russian troops have destroyed, looted, and damaged numerous objects of cultural significance. Experts believe that the numbes will likely rise further.

To gather all the evidence for the future criminal prosecution of those responsible for such assaults, Ministry of Culture and Information Policy of Ukraine created a website that contains records of war crimes against Ukrainian national sites. Since its launch over a month ago, the list already includes 254 accounts.

«russian occupants do not just shell peaceful towns in Ukraine, but try to entirely destroy the cultural heritage of the people of Ukraine. An aggressor must be held accountable for the evil it has done» — reports the Ministry. Last week Minister of Culture Oleksandr Tkachenko along with his peers from Lithuania and Poland, visited the town of Borodyanka, which had suffered massive destruction during the russian occupation. The ministers confirmed that they will co-finance the development of a national platform for the management of cultural heritage in Ukraine.

Groups of heritage protection activists, volunteers and communal workers in different regions have teamed up to save heritage sites and prevent further damage. Portable objects such as paintings, sculptures, artifacts, etc., are sheltered underground. Many architectural sites across the country are now covered with protective structures hoped to preserve them from potential shellings. The international community’s assistance in this matter is impressively grand, the Ministry of Culture reports.

The Ukrainian Cultural Heritage Online initiative, which encompasses over a thousand professionals in the field, aims to «identify and archive at-risk sites, digital content and data in Ukrainian cultural heritage institutions». They have already saved more than 30TB of scanned documents, artworks and other digital materials, which would have been at risk of potential hacker attacks.

Culture is a factor that unifies the nation and speaks across generations. While shielding treasured sites and works of art from russian assaults inside the country, it is vital to keep addressing the international community about the significance of Ukrainian artistry.

The contemporary Ukrainian culture is travelling abroad. To the 59th La Biennale di Venezia, Ukraine brought a water fountain sculpture called The Fountain of Exhaustion. Created in the mid-90s, the artwork is a metaphor for «the exhaustion of humanity, the exhaustion of democracy», said the artist, Pavlo Makov. At the Venice Biennale press conference, the author pointed out: «the idea of russia is to bring destruction upon Ukraine and Ukrainian culture». The russian culture came to Ukraine in the form of rockets, added Makov. The extensive attention of an international art community to The Fountain of Exhaustion is «a little bit paid by blood», said one of the art curators of the Ukrainian team, Maria Lanko, as reported by CNN.