On Sunday, March 8, over 300 people from the Saskatoon Ukrainian community gathered to mark the anniversary of Taras Shevchenko. Nadia Kodak, the EmCee, noted that Shevchenko helped forge the Ukrainian identity and was instrumental in developing the modern Ukrainian language.

The audience then had the pleasure of hearing both the junior choir (Kindergarden to grades 4) conducted by Nadia Sliva and the senior choir (grades 5 to 8) conducted by Sonia Kodak. The junior choir sang Учiтеся and Слава, Слава Кoбзаревi. The senior choir sang Поклін Тобі, Тарасе! and Думи Мої. Together, the 100 member group sang Зацвіла в Долині. Nadia Kodak, the EmCee, expressed thanks to the choir directors, the accompanist, Andrea Karnaukh, the teachers, and the parents for their efforts in preserving our culture. 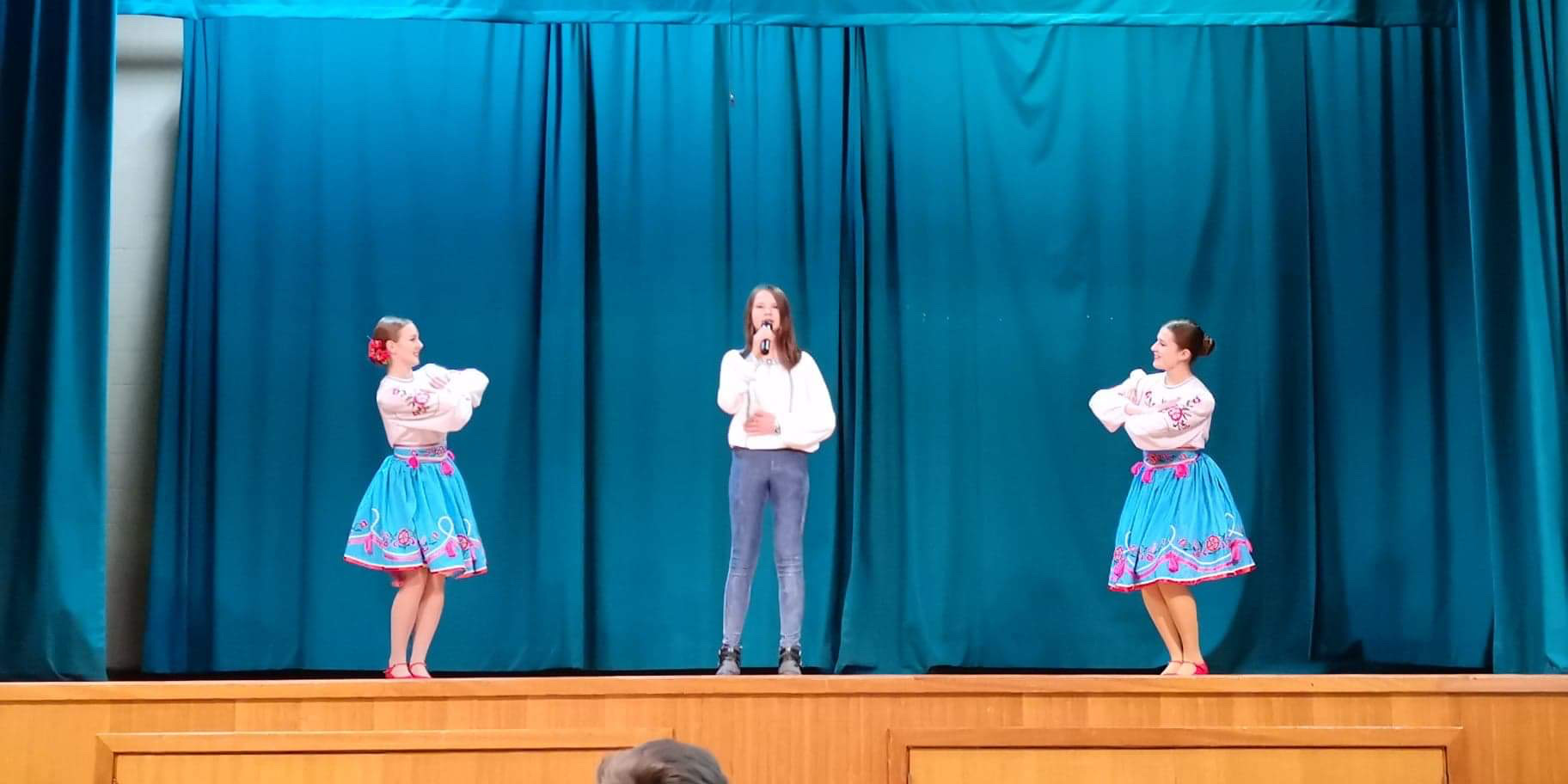 A highlight of the concert was Katya Tokarska singing “Отака я” by Shevchenko while two Leleka Dancers performed. The choreography was by Valentyna Matyushenko. The concert ended with Holosy, a mixed choir, directed by Audrey Bayduza singing two songs with words by Shevchenko, “Тече Вода” and “На базарі.” Holosy also noted the Volodymyr Ivasiuk challenge put forth by the Edmonton Ukrainian community on the 70th anniversary of his birth. Choirs were asked to record their performances of Ivasiuk’s songs and post them to YouTube. Holosy sang “Kапелюx” by Ivasiuk. A reception concluded the afternoon. The concert was organized by the Ukrainian Canadian Congress – Saskatoon Branch.